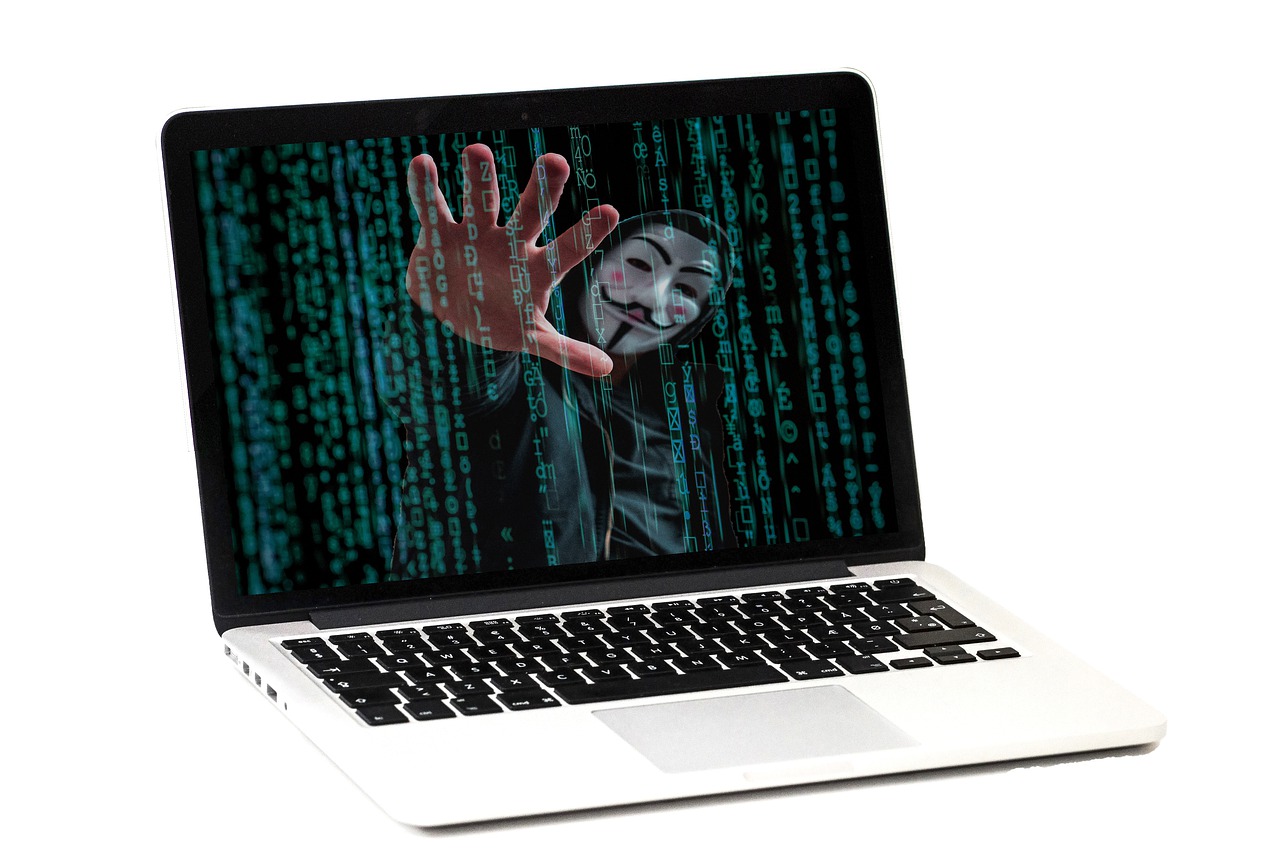 An investor reportedly lost $470,000 to a dog-inspired DeFi project. In an interview with CNBC, the investor admitted,

“We, in crypto, tend to have a ‘buy first, do research later,’ mentality.”

The said project, AnubisDAO, raised $60 million with its ANKH token sale. However, upon a closer look at the community, it appears the entire $60 million in funds have gone missing. 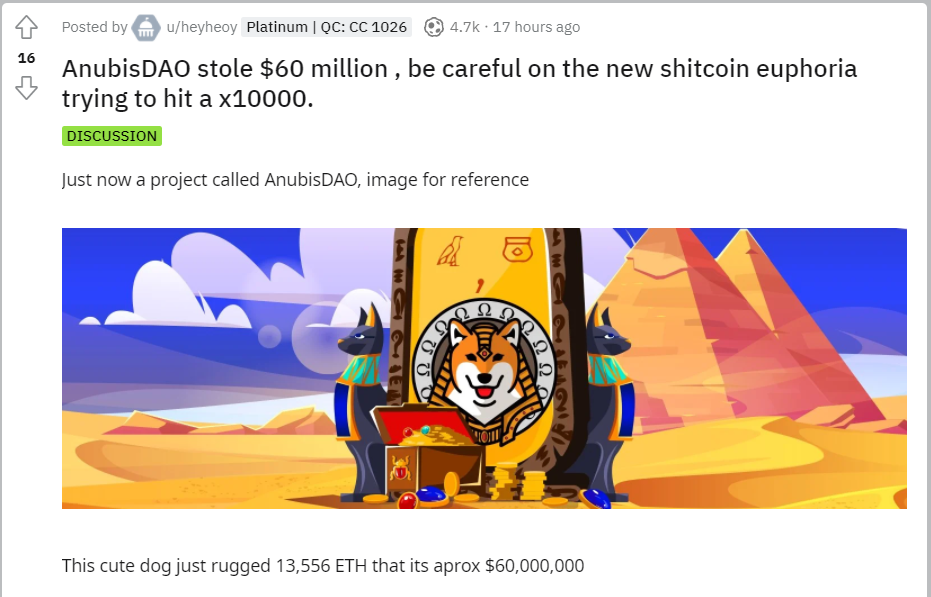 The decentralized autonomous organization(DAO) wasn’t launched with a clear purpose. AnubisDAO was first announced on 28 October on its Twitter handle with a Discord server.

As meme-coins have been gaining traction in the market lately, Anubis’ crowdfunding pool on Copper Launch also received a great opening. Investors relentlessly invested their ETH into the project in exchange for ANKH soon after. Meanwhile, after AnubisDAO was suspected of rug pulling the funds, the price of the token went down to zero, without new investors. 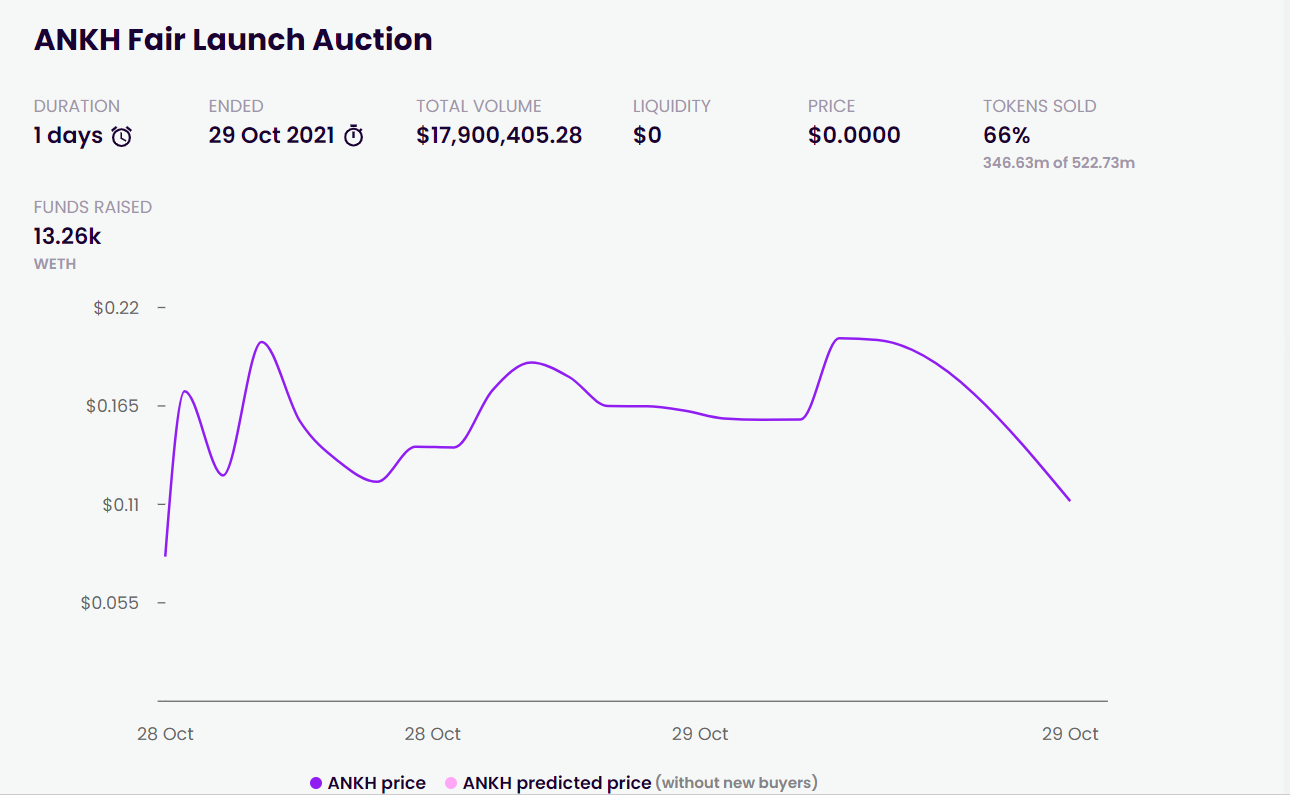 Nguyen, the aforementioned investor stated that the sale on Copper Launch added legitimacy to the sale as it is a well-known crowdfunding platform. On October 29, before the possible scam was unearthed, a user asked why it allowed listing a ‘scam.’ In context of AnubisDAO’s listing, Copper stated,

“Copper is permissionless and we read data directly from the Ethereum network. That means anyone can launch. That being said, mistakes happen even w/ great projects and teams. Internet money isn’t always easy. We’re wishing the @AnubisDAO team and community all the best.”

Additionally, support by crypto influencer 0xSisyphus to the project further encouraged investment. However, many in the community are still calling it a phishing attack or hack on the DAO pool. In the initial hours, AnubisDAO’s social media handle was active and it had apologized for issues due to a “bug” on the Copper Launch platform.

The platform later clarified that it hasn’t been compromised but the AnubisDAO team had compromised their admin keys.

We have further confirmation that Copper has not been compromised, but the Anubis team seems to have compromised their admin keys. Please refer to the thread below for an overview of the situation:https://t.co/7JhqQv4M2J

Crypto influencer DCF God explained that “the only way to get funds back is to find out who owns the wallet with all the ETH.” Investors also reported to have received emails, and claimed a phishing attempt.

Having said that, a recent report noted that in Q3 2021 alone, over $1.1 billion are lost in stolen cryptocurrencies. And, Ethereum has remained the primary target with losses to the tune of over $800 million.

Recently, Cryptoeats, which reportedly raised millions in seed funding, apparently disappeared after its token launch. The alleged scam cost investors $500,000, as per reports. Needless to say that investors need to exercise caution.