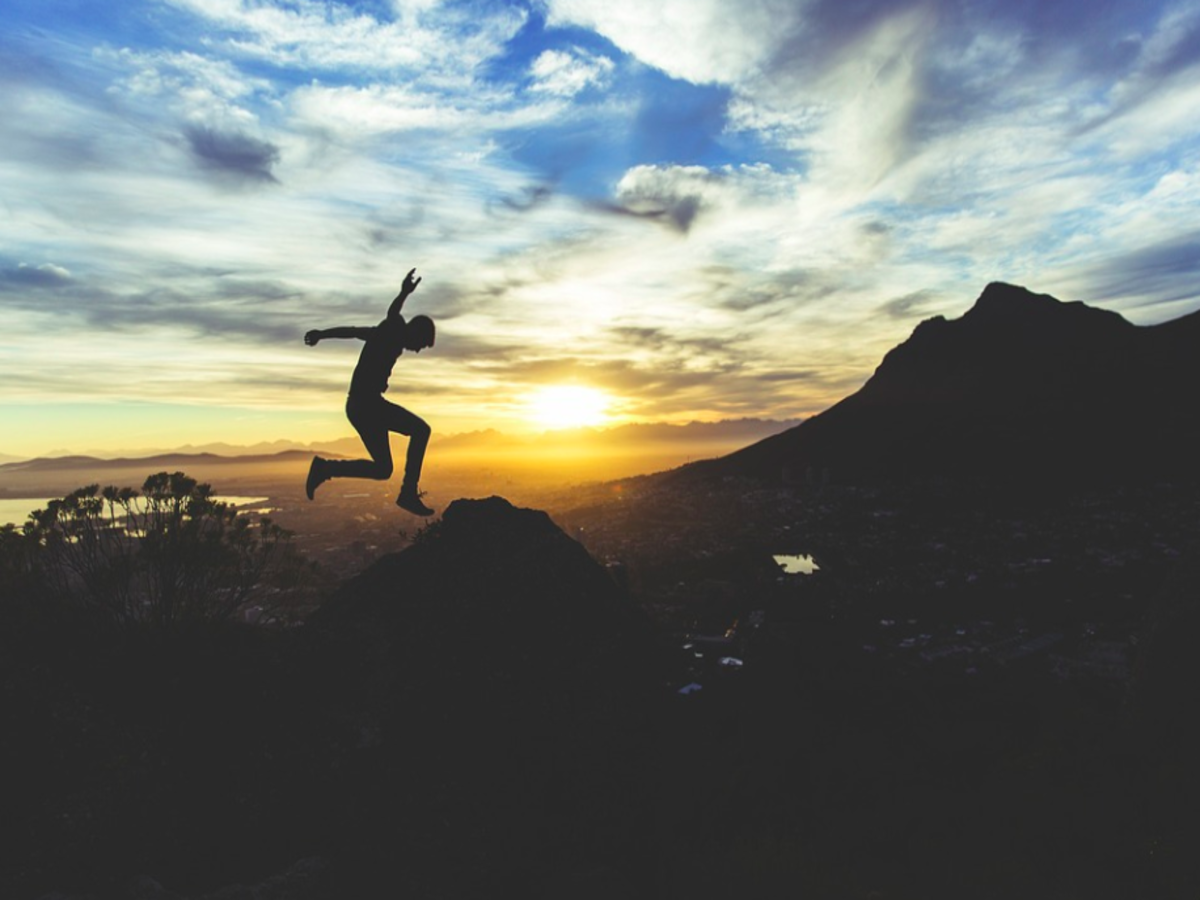 After trading in the lower $40k bracket throughout the last week of September, Bitcoin’s price received the push that it was waiting for, on the first of this month. The king-coin’s price rallied from $43.2k to $48.4k. In effect, altcoins followed suit and the global crypto market cap broke above the $2.1 trillion mark on the same day.

However, BTC’s price has remained rangebound in the $47k-$48k bracket for about 36-hours now. So, would this indecisiveness prolong or would the king-coin continue marching forward?

Well, looking at the fundamental state of Bitcoin would give us a clear idea about what to expect going forward. Bitcoin’s hash rate witnessed one of its deepest plunges in the May-June period. However, things started improving since July. The chart below clearly highlights how the hash rate has almost doubled from its 86 million TH/s lows.

The hash rate goes up when more miners compete to mine Bitcoin. The coin’s price, during such phases, usually acts as an inviting incentive for miners to mine more. 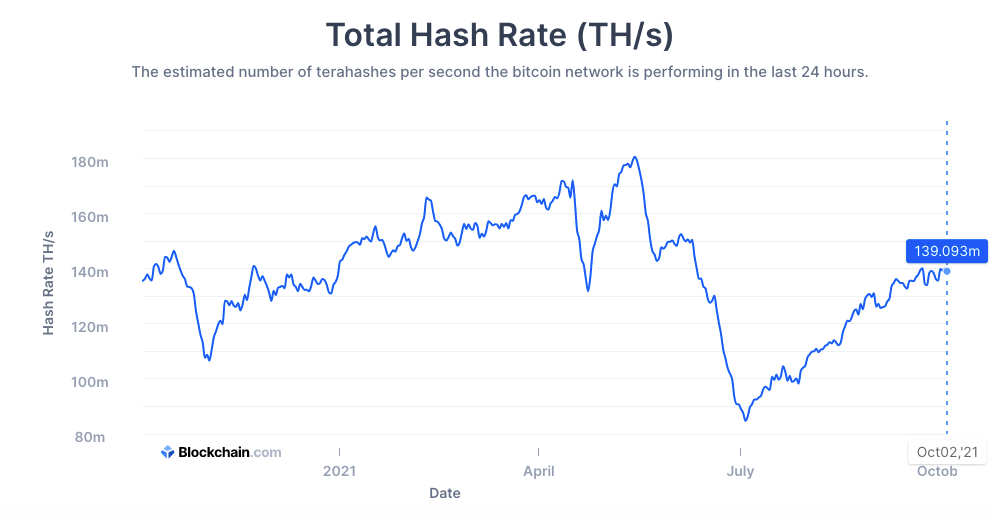 Even though a recovering hash rate doesn’t impact the price per se, it should be borne in mind that miners are usually in a more profitable situation during such times. Thus, expecting miners to sell doesn’t make sense. In fact, the Puell Multiple below 2 advocated the same analogy at the time of writing.

The hash ribbon is essentially a long-term signal that’s used to indicate macro-bottoms on the Bitcoin chart. Its projections have been fairly accurate in the recent past. The latest buy-signal was projected on the chart in August when the price was in the $30k bracket. Post that, the ribbon has only been trending higher, indicating the plugging back of miners to the Bitcoin network.

The ribbon’s bullish cross had, additionally, been confirmed in August. When such a divergence occurred last time, BTC’s price witnessed a 230% hike. A hike of a similar magnitude would see Bitcoin’s price cross the $158,400 threshold this time around.

Well, the aforementioned 6-digit valuation might sound far-fetched now, but it can’t be eliminated out of the equation. It should, however, be noted that BTC’s valuation wouldn’t change overnight. It took a span of 4 months last time and hence, a 6-digit valuation would become a reality only during the November-December period this year.

What about October then?

October is going to be quite tricky for Bitcoin. If it successfully sails through, the new-records would be created by the end of the year. The Mayer Multiple, in fact, highlighted an interesting trend at the time of writing.

This indicator was created to analyze BTC’s price with respect to its previous movements. Whenever investors invested in Bitcoin below 2.4, they were rewarded with high returns. At the time of writing, this metric’s reading stood at 1.055.

In the past, whenever BTC’s price rallied, the MM’s projection has most of the time been above 1.5. Thus, it can be said that Bitcoin’s rally would merely gain steam in October and the actual action would take place only post that.

Further, as far as trend reversibility is concerned, having a glance at the Mayer Multiple bands would give a better understanding. From the chart attached below,  it can be observed that Bitcoin’s price is currently situated in the bearish band. Notably, it did make an attempt to step into the bullish zone of late, but was rejected. 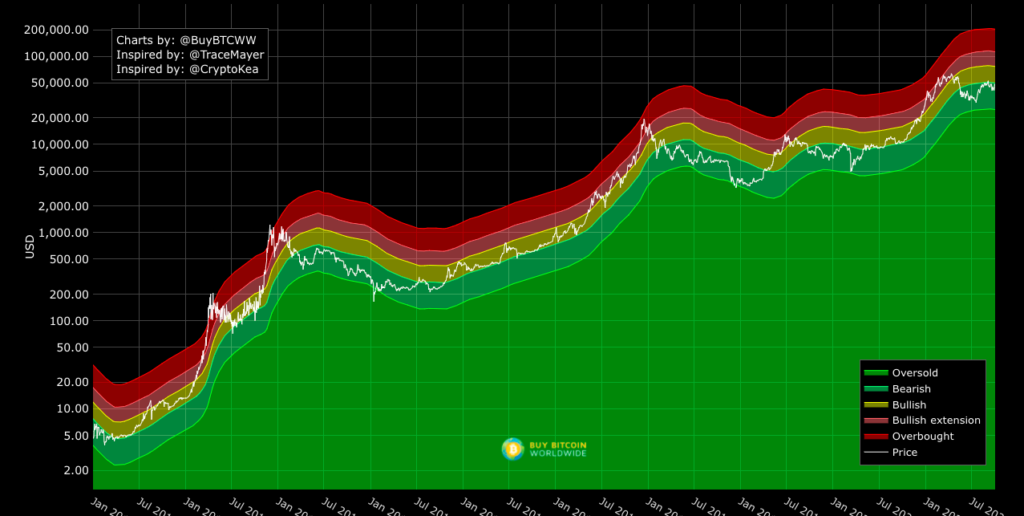 Nevertheless, whenever BTC’s price has dropped into the bearish range before this, it has more often than not bounced back. The price has, however, spent a period of 1-2 months in the bullish zone before elevating to the extension and overbought zone in the past.

The bullish territory is currently encapsulated within $50k to $77k. Thus, the month of October would see Bitcoin’s price typically revolve in this bracket. However, if other macro-factors do not aid the king-coin, it would end up spending additional time in the bearish zone. Thus, October would be the month to actually decide the fate of Bitcoin.

Is the future ‘cross-chained’ for Ethereum, Solana, other blockchains