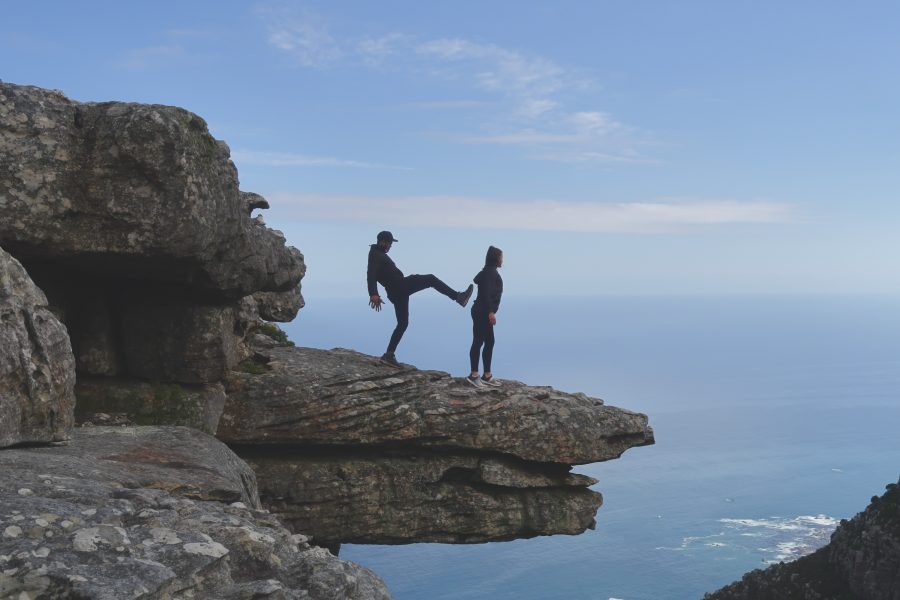 Currency instability and hyperinflation seemed unreal until a global pandemic struck, sending many nations into economic turmoil. Most economists began to wonder if the end of the pandemic would mean the birth of another Venezuela, which faced a 438% (hyper) inflation rate. However, like several other Bitcoin enthusiasts like Max Keiser thinks that inflation and the price of Bitcoin are correlated.

The aforementioned data is the long-term compounding of past, present, & possibly future base money, since 1970.

In a recent interview Matthew Mežinskis spoke about the inflation rate of the global monetary base, weighted averaged by each base money’s equivalent in USD. What’s important to note here is, it matched the overall 12.8% CAGR (6-year doubling time) we already saw above. 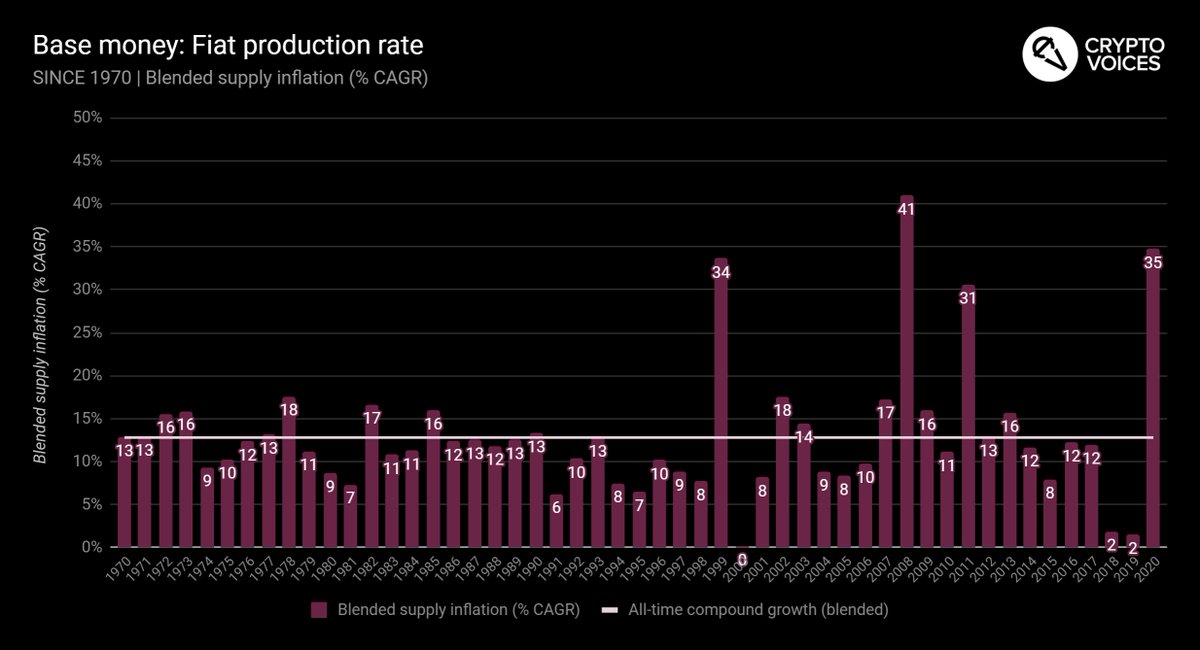 For all of 2019, central banks were actually on track to deflate their currencies. This would have been a first in the modern fiat era. So interestingly, no matter what one argues for money printing, 2019  ended with positive inflation, weighted at 1.5%.

Furthermore, he touched upon the role of monetary metals like gold. Gold’s rate of growth had, in fact, been around 1.8% per annum for the last 170 years. 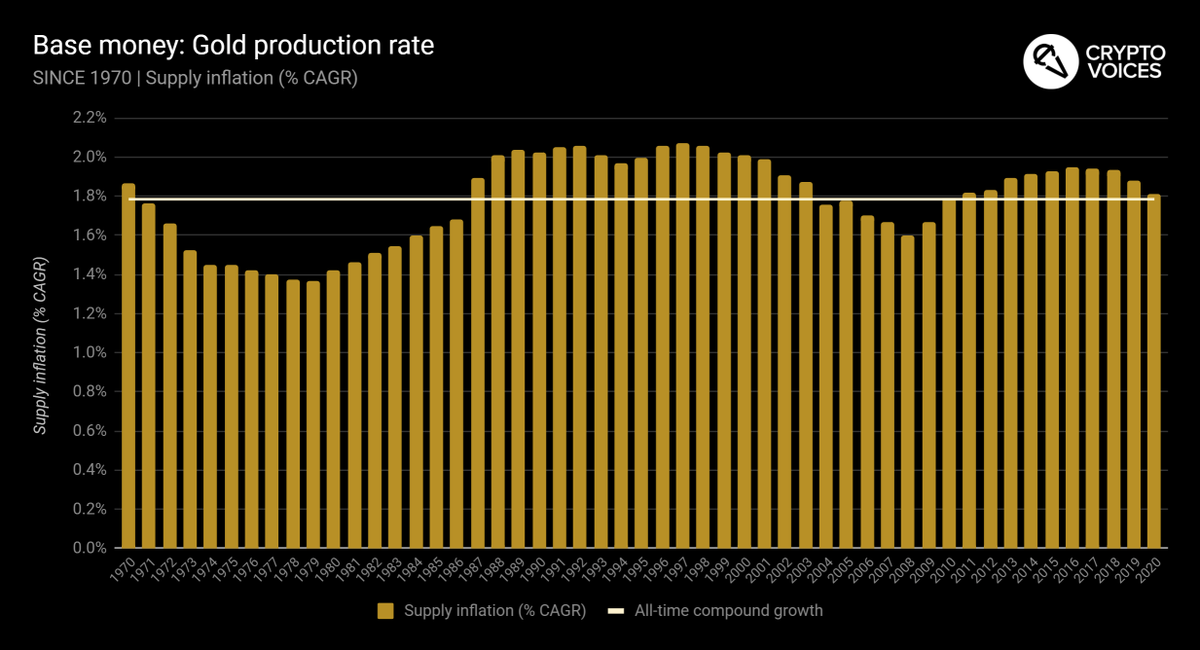 Almost similar with silver – it’s almost as politicized as its “bigger brother of gold”. Lastly, he shed some light on Bitcoin. He added:

“Remember why the overall compound growth, thus far, is so high, and why it will never be that high again. And now is about the time for a clarification note on the Bitcoin system’s compound annual growth rate, specifically.”

Bitcoin’s finite supply, which may overcome inflation risks is what comforts many. However, this narrative keeps evolving as well. 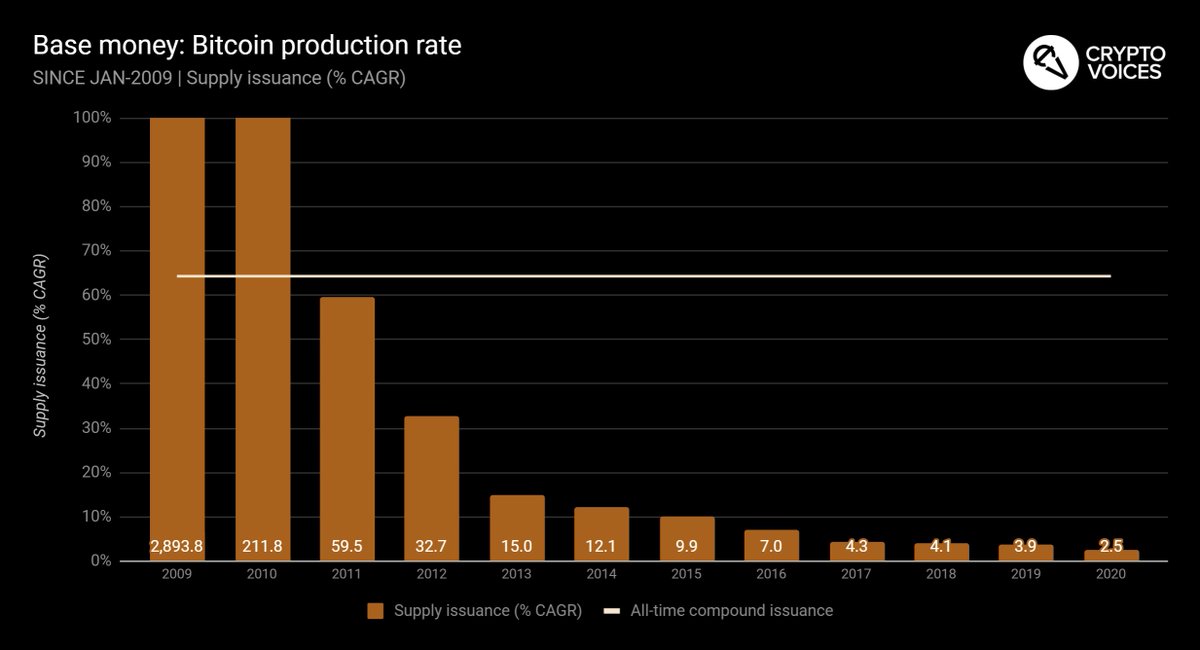 What’s interesting to note here is, the phrase “supply issuance” for Bitcoin’s chart titles, and not “inflation.” Bitcoin’s “inflation,” economically, was already baked in. As already demonstrated, its growth rate is known until 2141, per the protocol. So when it comes to bitcoins, “inflation” is not the best term.

Even though the price of Bitcoin may indeed surge, its path to the target could be volatile. In the past, the asset’s price has appreciated and even collapsed several times. But some stated that even as Bitcoin increased in price, the rate of inflation, and forecasts for inflation, “remained stable.” Some provide a contrary opinion that economies need a bit more inflation, not less. At the same time, they do not expect hyperinflation to occur again, after the last great recession.