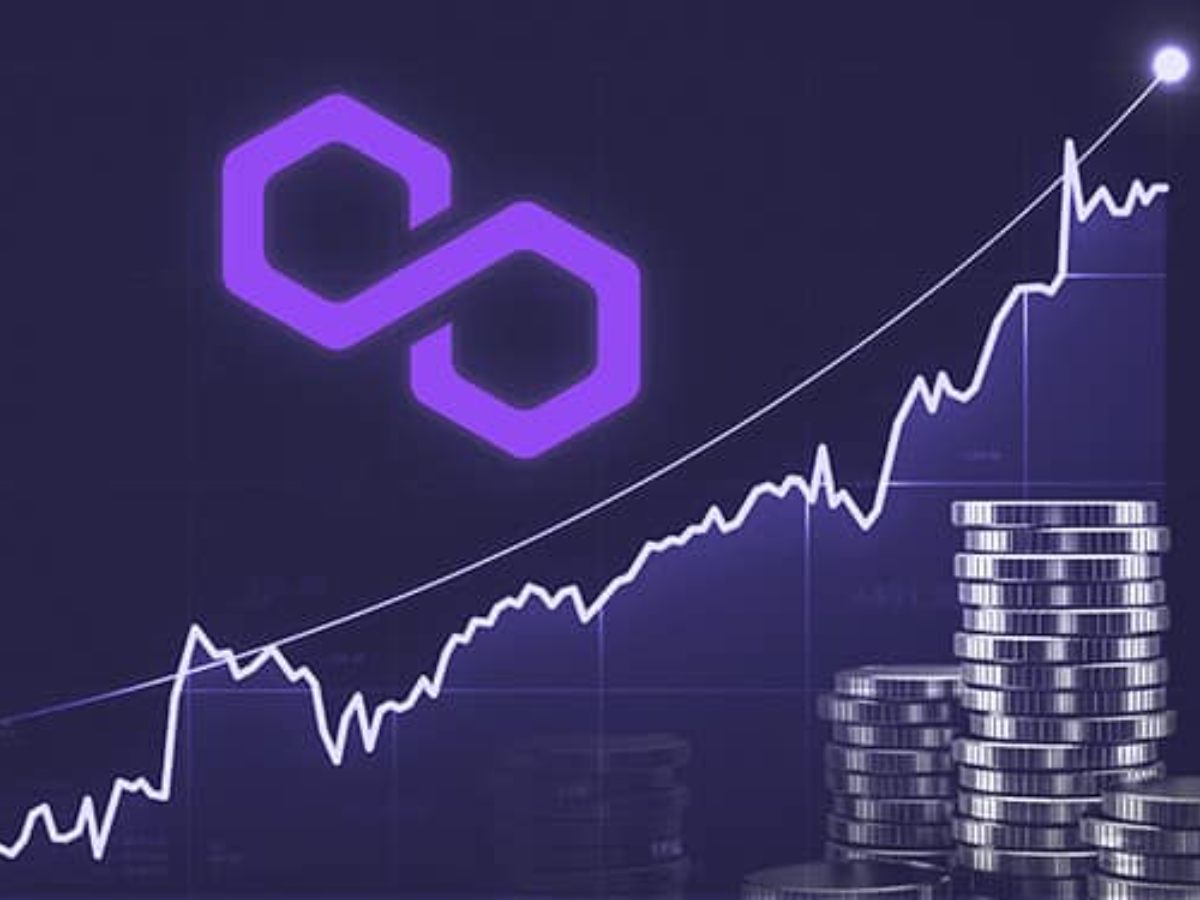 Polygon has been the frontrunner in the L2 solution race, being the most efficacious solution on Ethereum. Over time with its multiple partnerships the network has furthered its potential and continues to push it. The question is,  how this affected MATIC in the past and can the event occurring this week, bear similar results?

This week proved to be the best week in months in terms of investors’ participation in the Polygon network. Active addresses were at their highest this week in almost 3 months.

This is the result of the network growth witnessed in the last 10 days and Polygon is expanding on all fronts.

The network within a year has risen from having 30 dapps to over 3000 dapps today. Owing to the increasing number of dapps, the number of teams building on the network is increasing MoM by over 61%. Plus of all the active teams over 62% of them chose Polygon as their primary choice to bring their vision to life.

Secondly Bitwise announced the Polygon fund offering further exposure to the solution and further its DeFi and NFT capabilities. In a press release, the company stated that,

“Many are working on Ethereum competitors to solve this, but Polygon has seen breakthrough traction with a uniquely complementary solution that boosts Ethereum’s speed and efficiency.”

And finally, Polygon is also expanding its focus geographically and looking into emerging countries, starting with India with the announcement of BUILDIT, which will be India’s biggest hackathon offering over $100k in rewards

Now whilst all of this sounds super bullish and could definitely boost Polygon in terms of development, its investment section hasn’t been quite up to the mark. While last week it did cross BSC when it marked 100 million addresses ATH, recently its performance in the DeFi space has been rather lukewarm.

The network is losing participants’ interest and thus active addresses are falling. 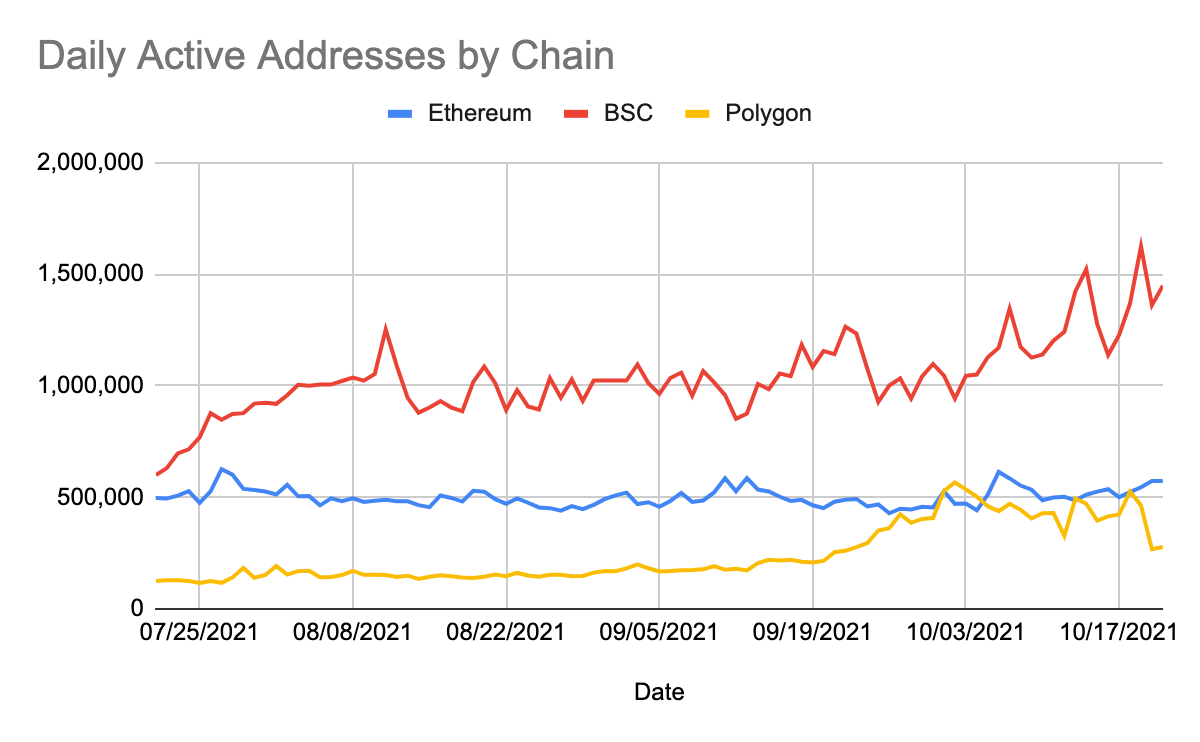 Consequently, transaction counts are declining as well, and the Total Value Locked is observing no growth whatsoever. 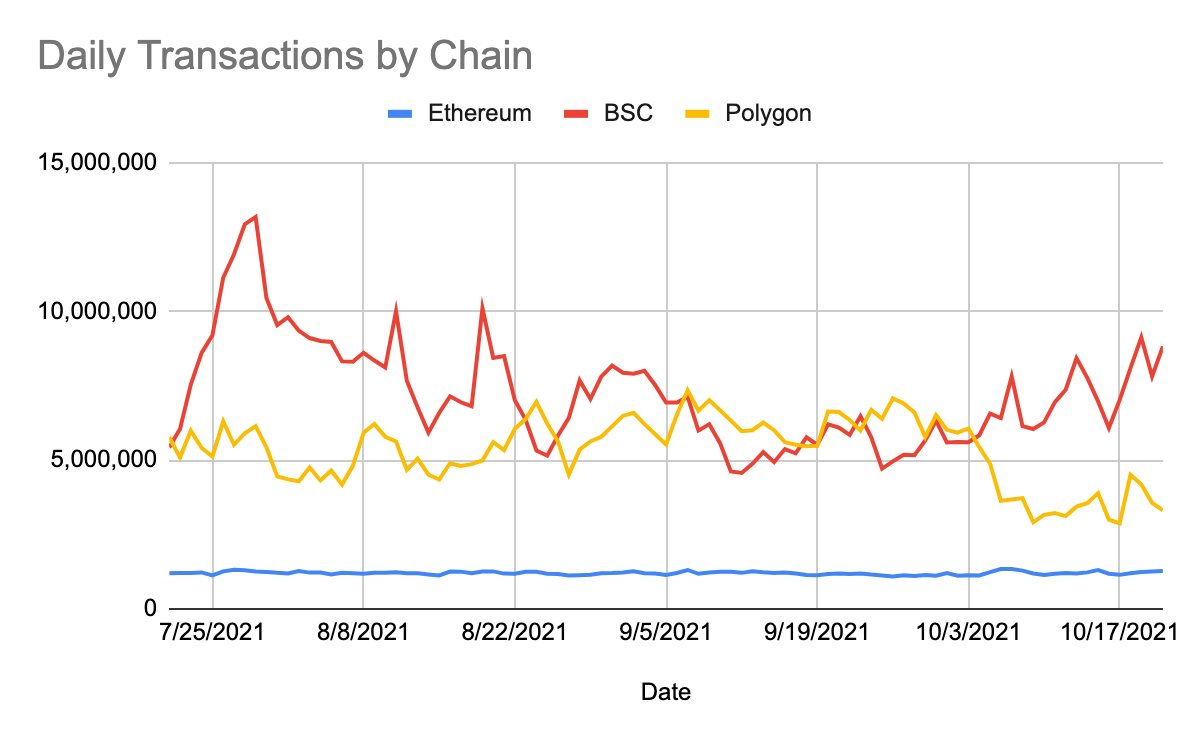 While in the spot market the MATIC’s 25% rise of Oct 15 did trigger investors and whales to buy significantly, within 2 days everything returned to the way it was and is pretty dormant at the moment. 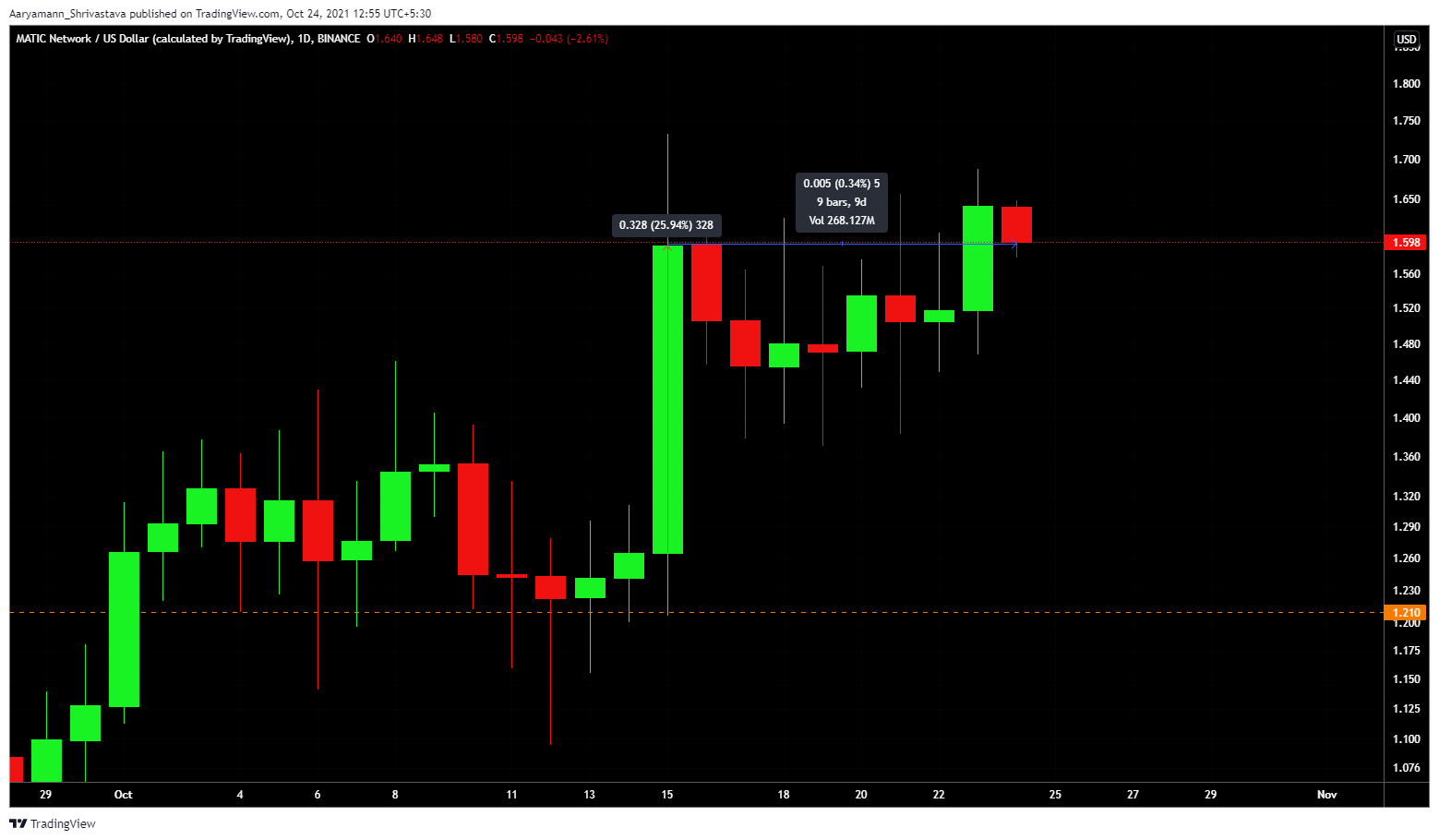 In the past network development news has pushed MATIC, but looking at the broader market’s slow movement / non-bullish movement, MATIC might also keep its movement slow.

With Shiba Inu soaring right now, how likely is it to emerge a ‘DOGE-killer’