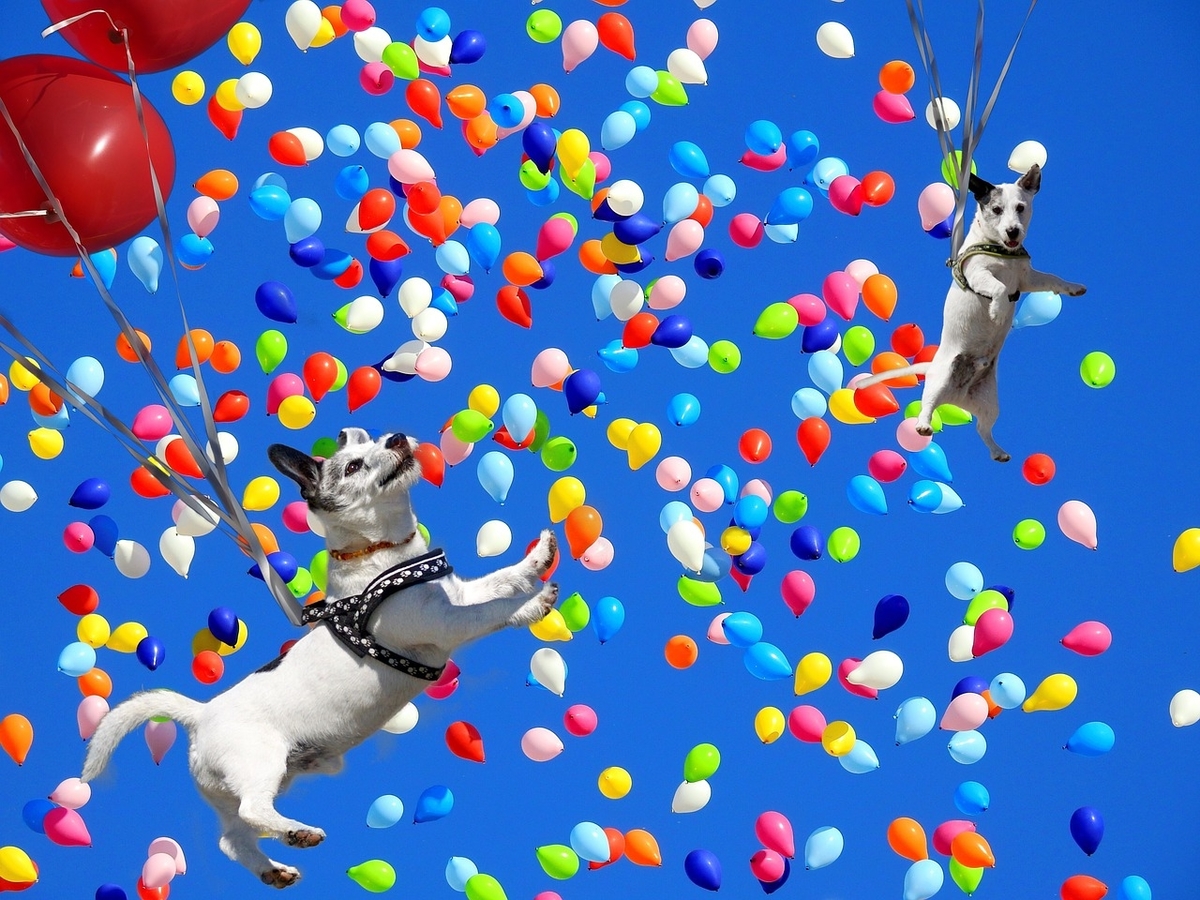 DOGE isn’t merely the coin of the day. The joke-coin boasts a market cap of over $92 billion. It might sound fictitious, but the meme-coin that was hardly worth a few pennies months back is now worth over $0.7. After achieving its $0.69 benchmark, the community is now pushing the coin towards the $1 mark. They are quite optimistic about it.

About the odds of the coin hitting the newly set target, trader and analyst Ben Armstrong said,

“I think it can definitely get to a dollar. I don’t think there’s a question about it at this point. It’s just a matter of time.”

Armstrong was, however, quick to add that the price wouldn’t be able to go very far after it touches the $1 mark. He further said,

“Dogecoin has one of the most insane charts I’ve witnessed in crypto. All my years, I’ve never seen anything like it.” 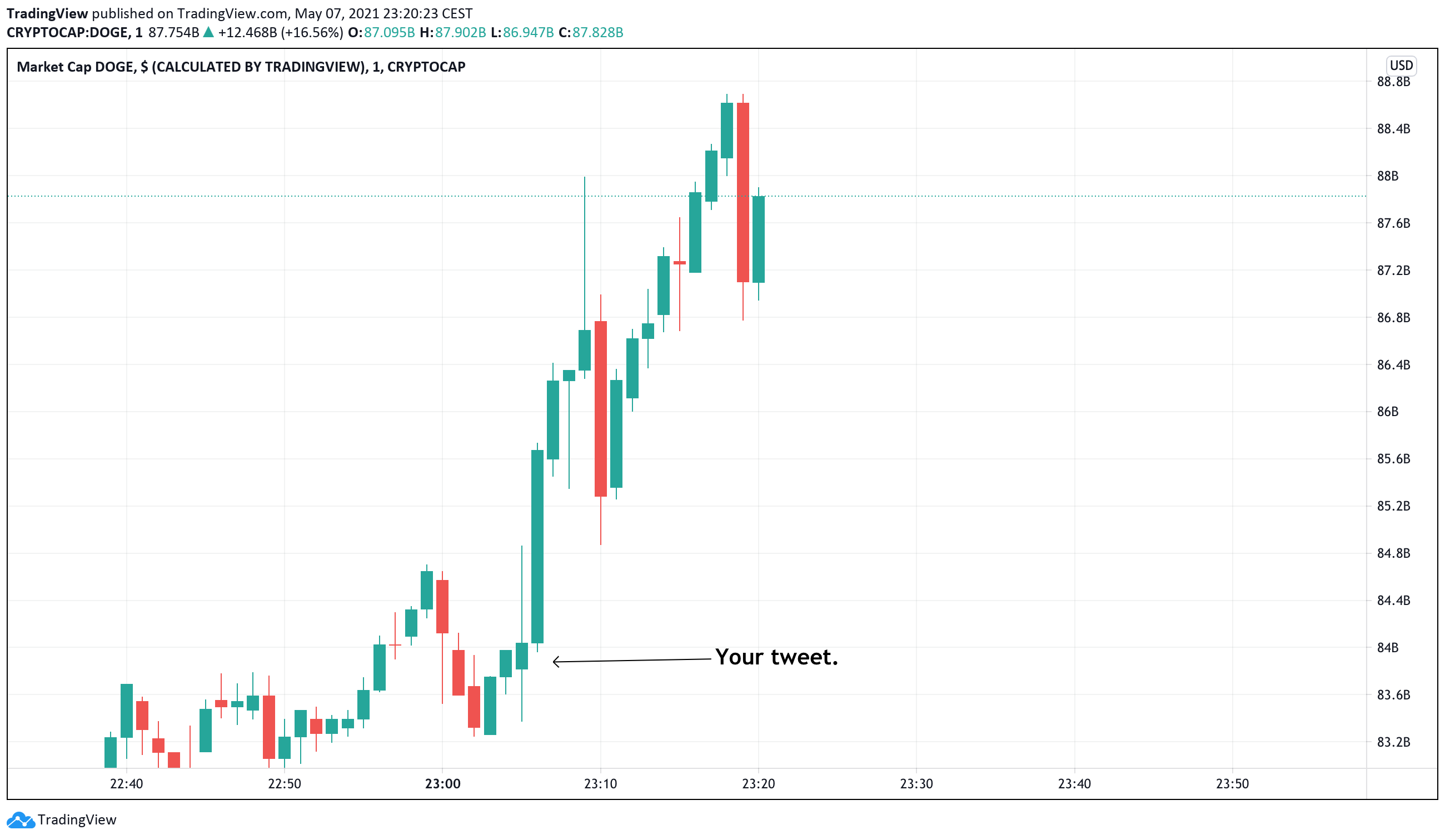 At press time, ranking number four on CMC, Dogecoin’s price was oscillating above the $0.72 mark. The joke-coin has seen a sharp 98.97 percent hike over the past week alone. In fact, post Elon Musk’s latest tweet, as depicted in TradingView’s chart, DOGE’s price started rising steeply. DOGE also registered a new all-time high at the $0.72 mark. 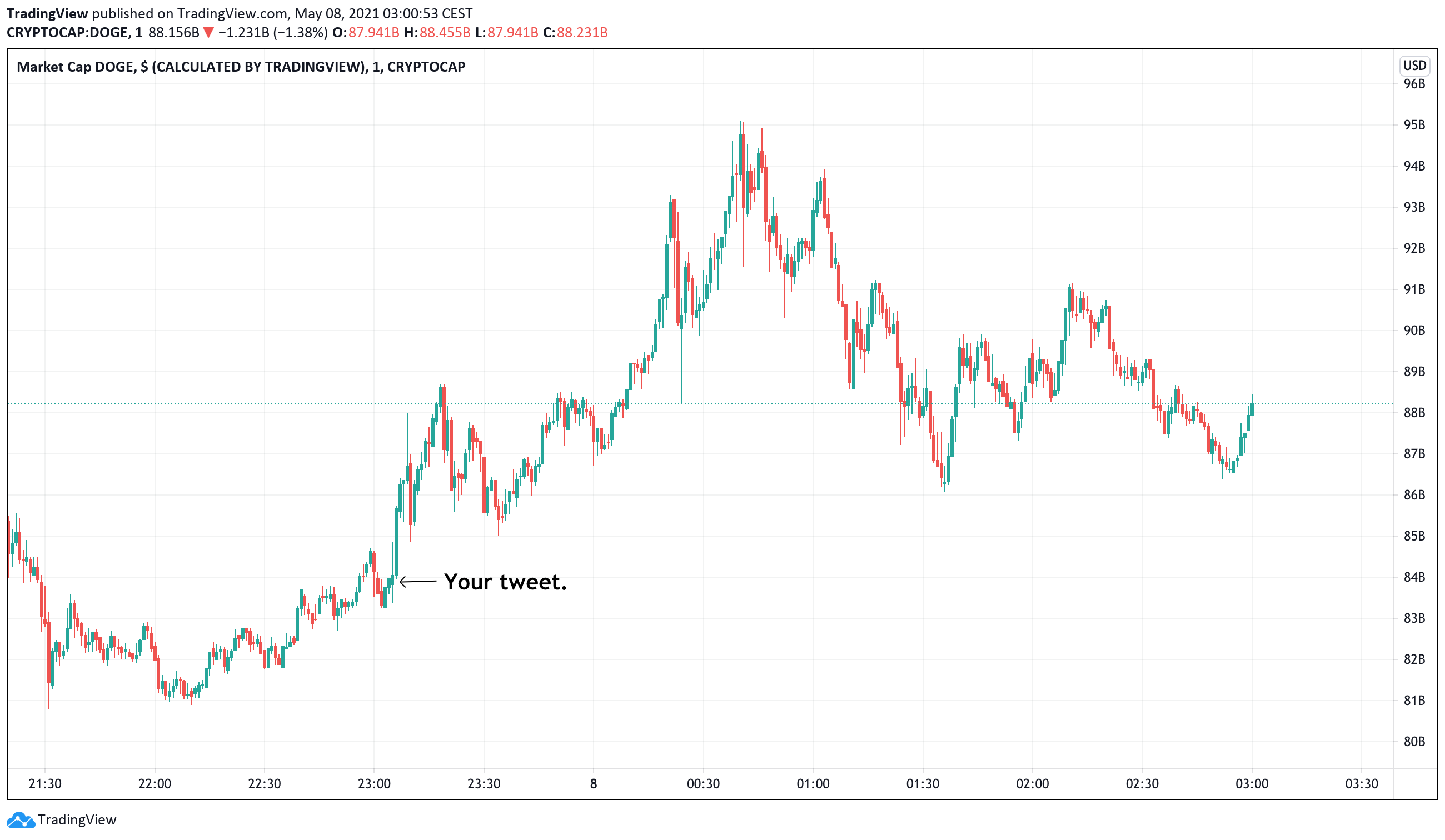 “It’s getting dicey right now… It’s definitely not something I’m looking to have long-term in my portfolio. It just doesn’t have as much value as some of the other coins.”

Year-to-Date (YTD) estimates show that Dogecoin has surged over 12,000 percent since the beginning of 2021. ETH, on the other hand, grew merely 369 percent while BTC just witnessed a 95 percent hike on the same time frame.

“Say what you want about DOGE, but its money supply is harder, more transparent, and more predictable than the US dollar. That’s the real joke.”