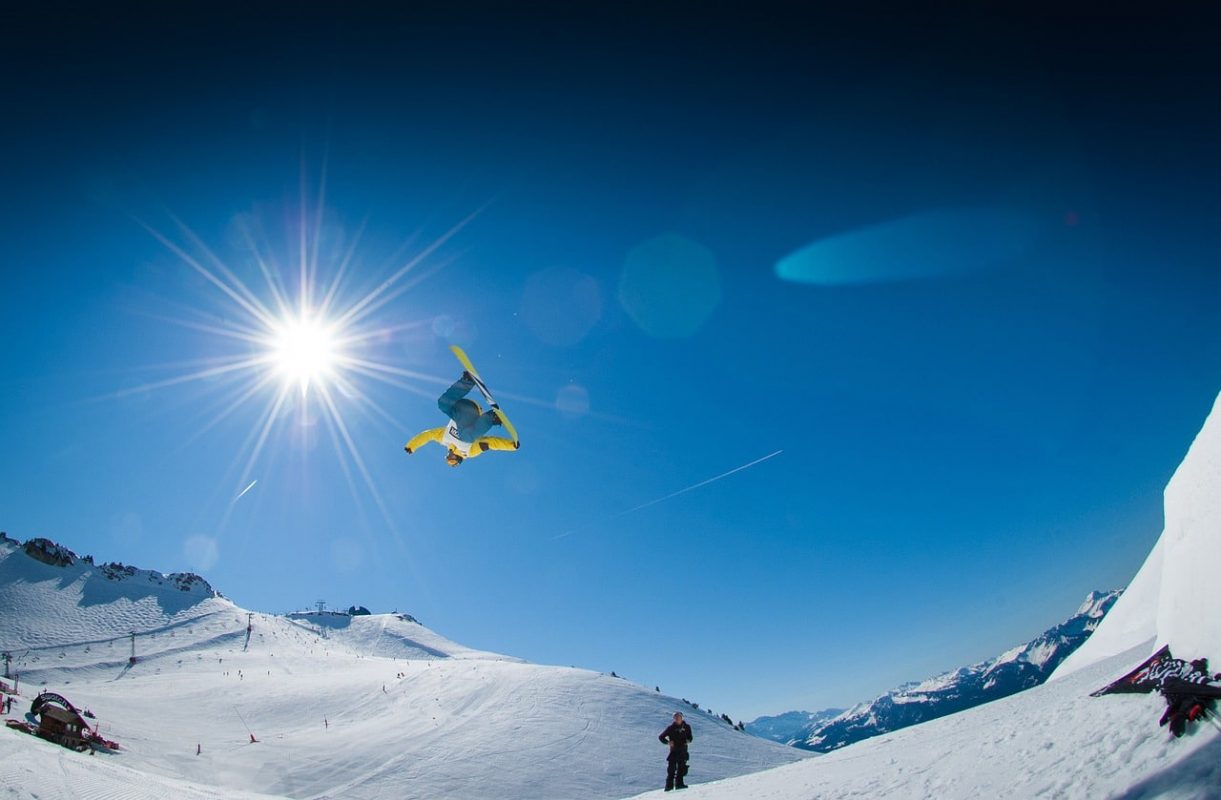 Bitcoin bounced from the $18.5k support region and climbed as high as $19.8k, before declining. At the time of writing, Bitcoin stood at $19.4k, and rejection at $19.6k would mean another move back below the $19k mark.

XRP also retested a former support level as resistance and looked set to move around 3% lower in search of demand. Could the bulls force another bounce, or will XRP stumble back into the range?

XRP is bullish on H1 but bearish on H4 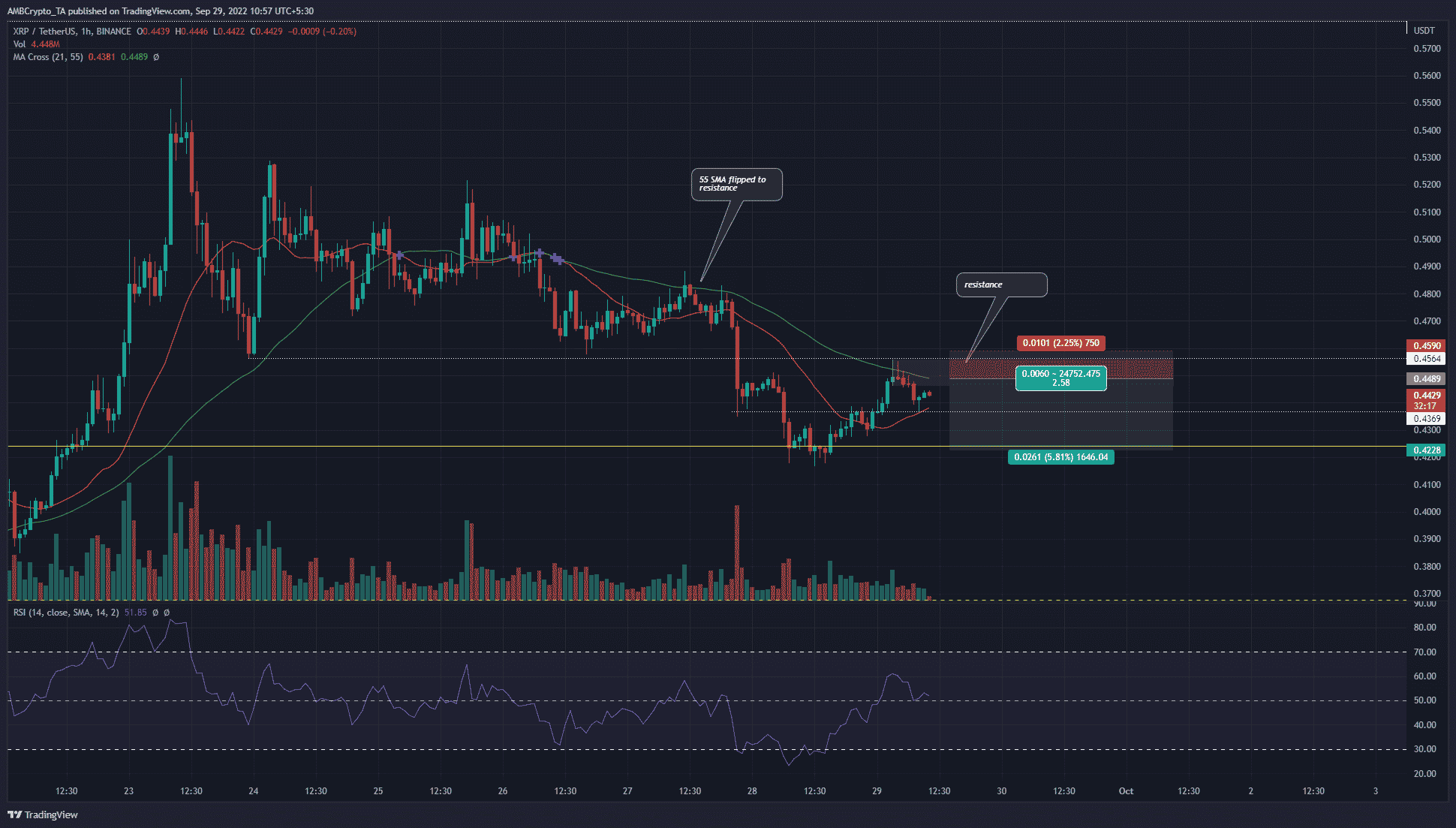 On a higher timeframe namely the 4-hour, the market structure was bearish. Earlier this week the price made a lower high at $0.5 and broke beneath the $0.47 mark as well. Hence, on a lower timeframe such as the 1-hour, a bearish bias can be adopted.

Two short-term key levels were identified at $0.456 and $0.437. Highlighted in white, it was likely that XRP would soon flip the lower level to resistance as well.

The RSI was above neutral 50 but barely so, and did not show strong bullish momentum yet. On the other hand, the 21 and 55-period moving averages showed bearish momentum.

The faster SMA formed a bearish crossover a few days ago. Moreover, recent hours of trading saw the 55-SMA act as resistance near the $0.456 mark.

Due to the bearish H4 structure, the resistance at $0.45 could force XRP lower on the charts once again. A retest of the $0.45 region can be used to enter a low-risk short position. Invalidation of this idea would be an hourly session close above $0.46, while the $0.422 mark can be used to secure profits. 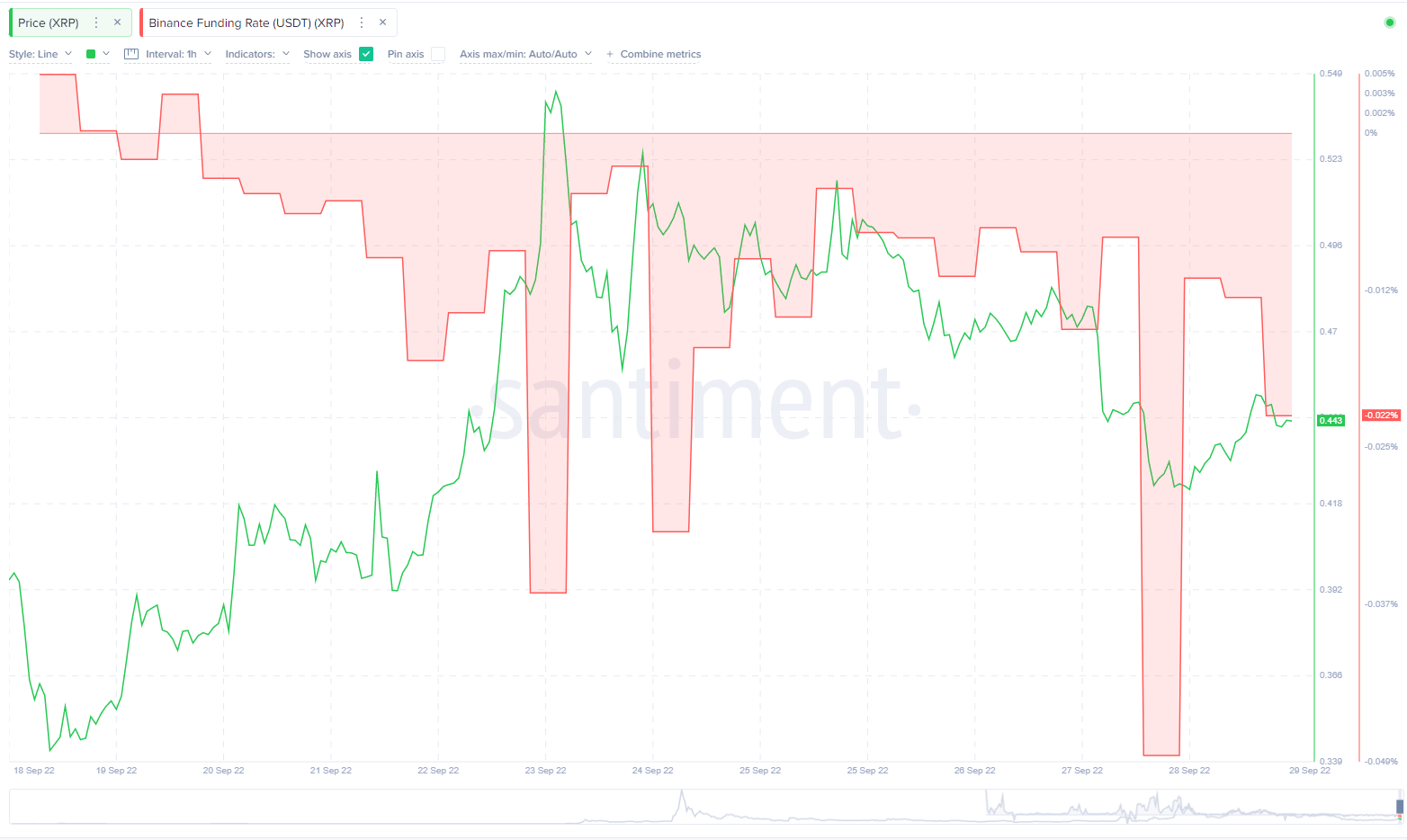 The funding rates have been negative on Binance for the past week, according to data from Santiment. This meant that short positions were paying the long positions funding fee on an hourly basis.

In turn, the inference was that the larger section of the futures market was bearishly positioned. Coinglass also showed a slight advantage to the sellers on the long-short ratio metric.

Negative funding rates by themselves do not warrant selling XRP, and spikes in funding rates might not be actionable information in the market either. However, in combination with technical analysis, another leg lower appeared likely for XRP in the next day or two.

Such a move downward could find respite at $0.422, a level adjacent to the $0.42 range high value that XRP traded within since mid-May.

Arbitrum may expect a 7x improvement, thanks to…