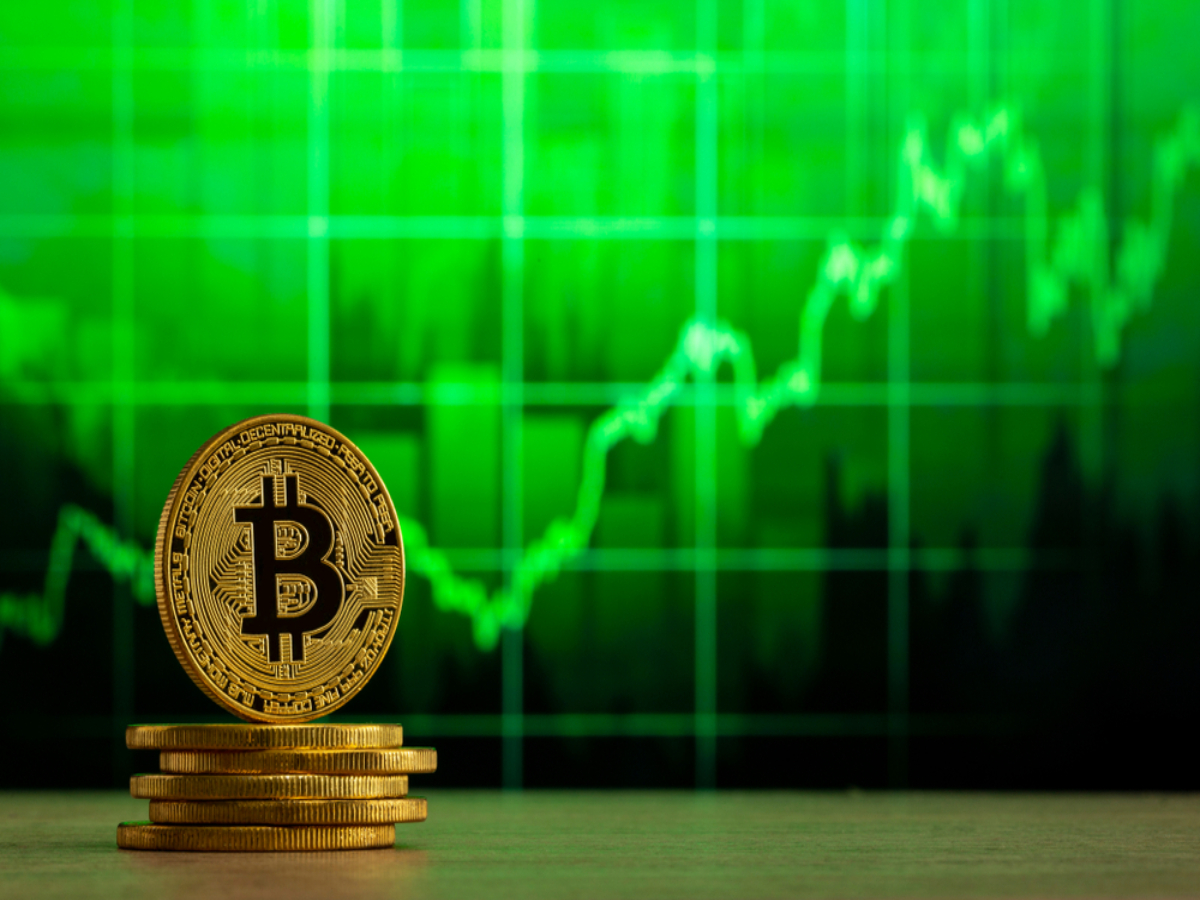 As 2021 comes closer to the end, for the crypto markets it seems like this could be one of the best quarters, especially for Bitcoin. Analysts believe that Q4 will determine the early months of the following year. So, if this quarter closes on a good note, 2022 might turn out to be bullish as well.

It’s almost been a month and a half since Q4 began. A macro view of the status of the price action and on-chain behavior, suggests a bullish picture. In fact, since 1 October the price has jumped by $23.7k, which has led to new ATHs.

This is why the overall market is maintaining a state of profit. Further, as long as SOPR remains well above 1.02, there’s no reason to be bearish at all. 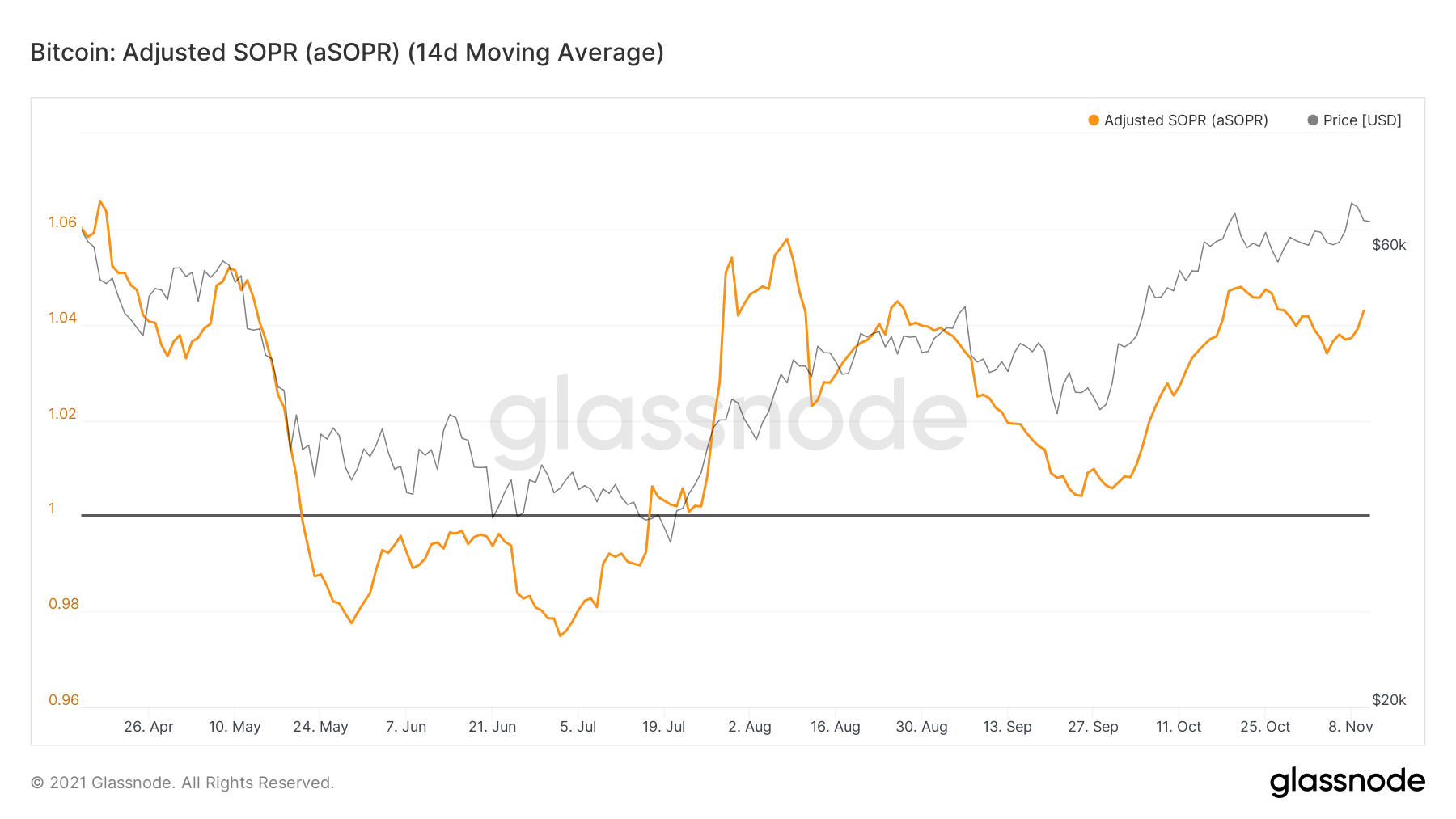 Investors’ profitability is also a defining factor as it will dictate spending behavior. Right now short-term holders’ (STHs) profit loss ratio appears to be in favor of profits. Further, just like SOPR as long as it is above 1, there’s no worry for STHs. 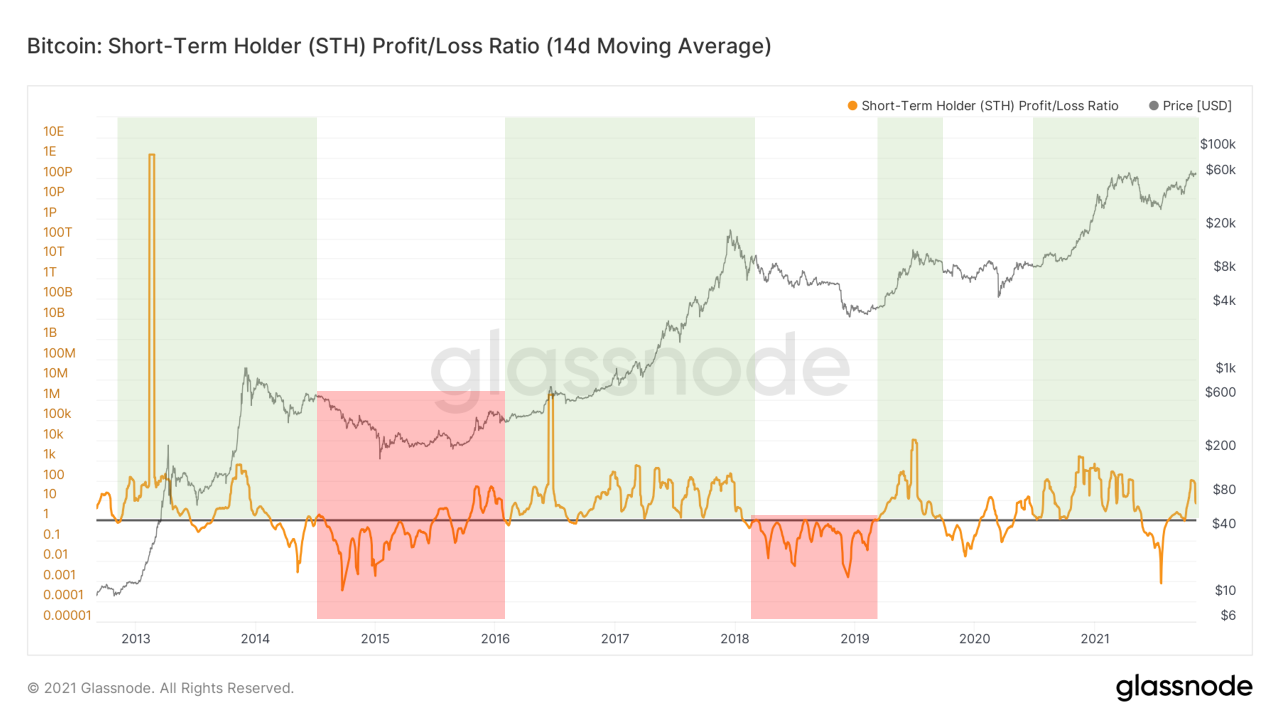 Secondly, long-term holders’ (LTHs) supply shock continues to drop. This indicates that LTHs are willingly distributing their holdings for new investors, which was already expected from them. This kind of LTHs spending behavior is usually a sign of strength in the market. And, if STHs profitability remains up, this rally can continue ahead. 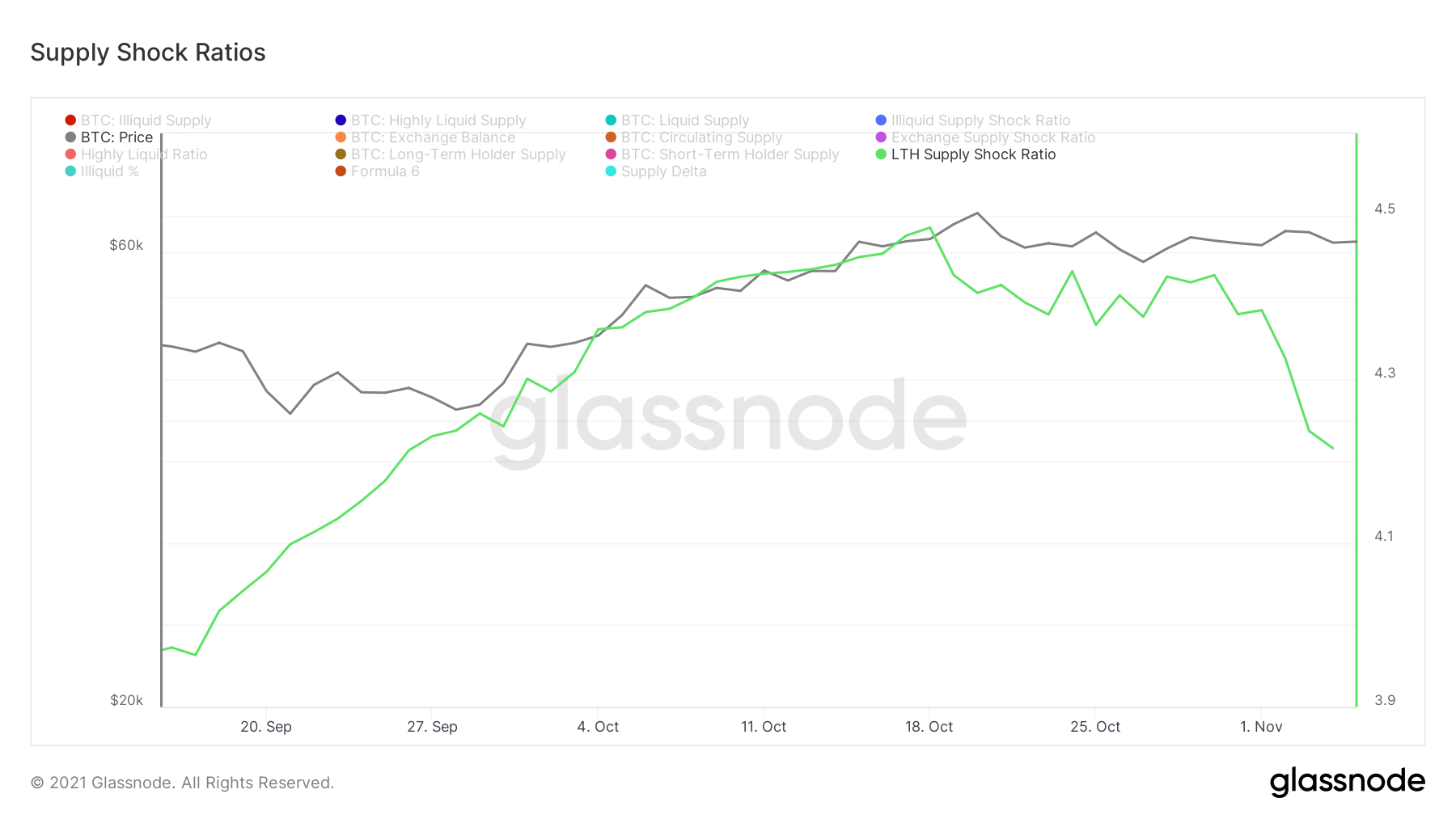 This is also visible on the Spent volume age band (SVAB) which shows that coins older than six months have been the most spent cohorts. 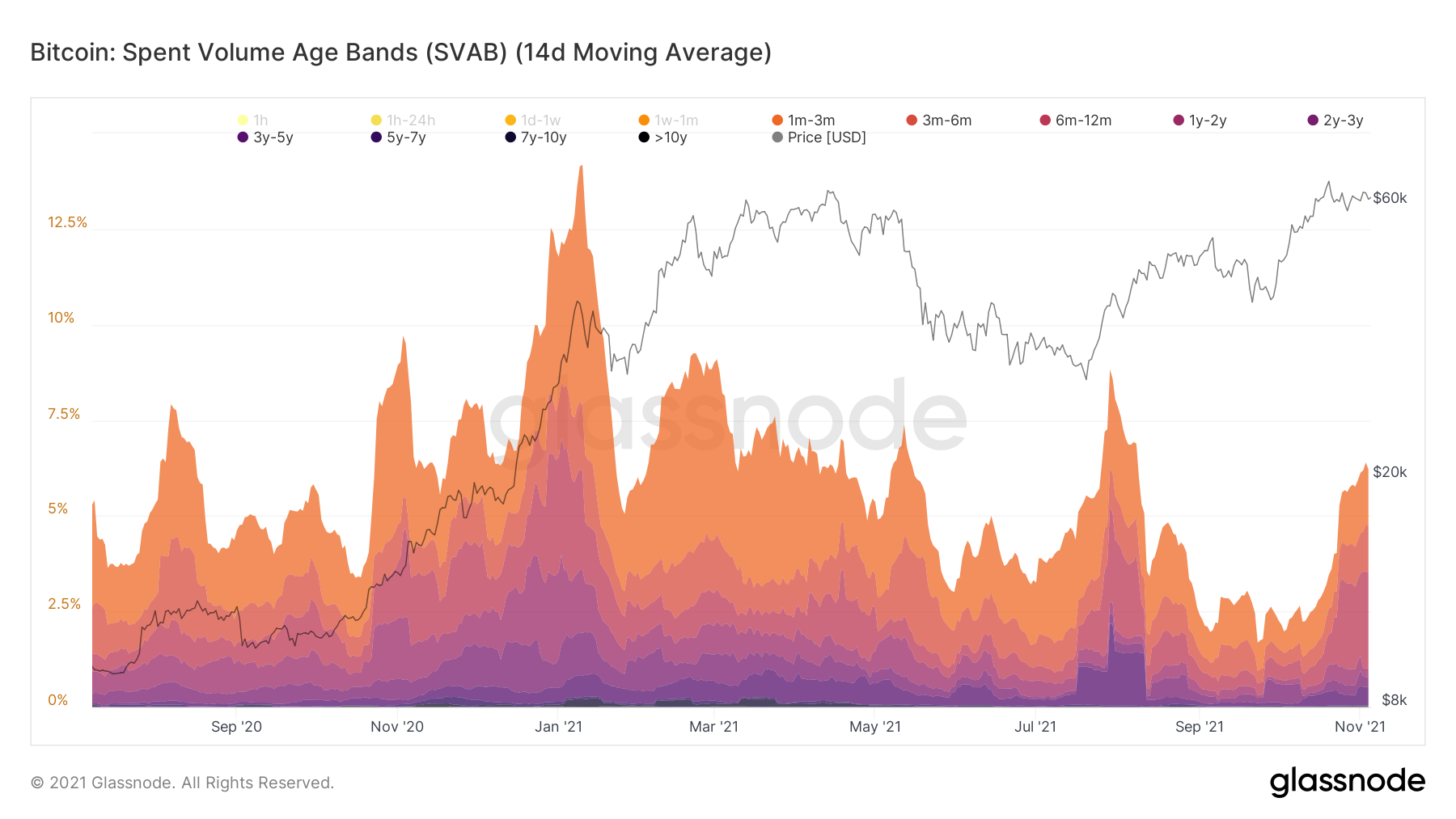 So what kind of rally can Q4 deliver?

Well, in the past during Q4 bull rallies, Bitcoin’s performance exceeded expectations. Back in 2017, when Bitcoin was still under the $10k bar, the end of year performance took Bitcoin up by 218.5% and helped it breach the $10k level. 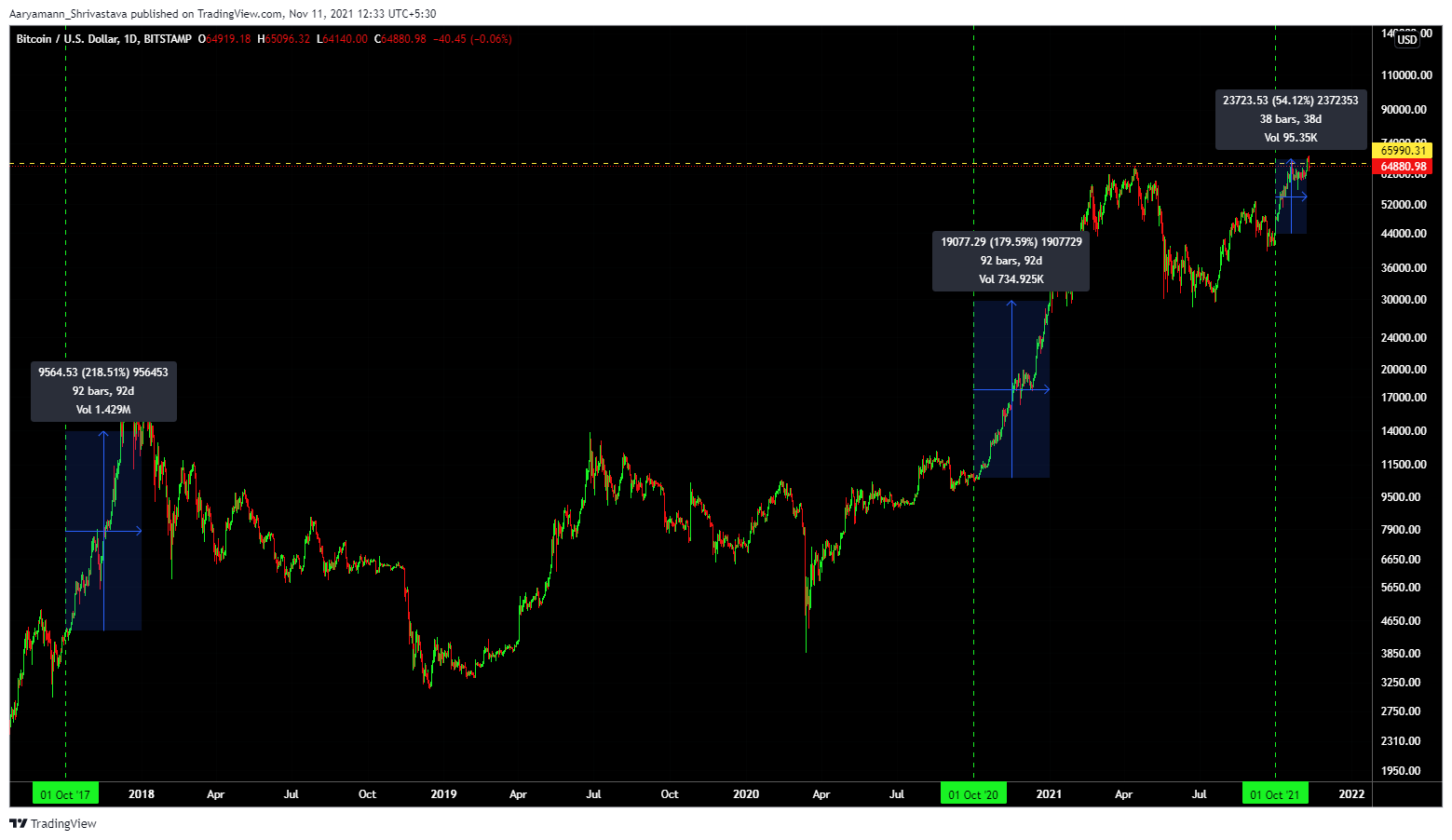 This year, as mentioned above, BTC is already up by 54% and we still have a month and a half to go. So, if Bitcoin can continue this rally, we could see some significant gains by 2022.

For the last three days, BTC has been in red which was expected as it is a result of ATH’s market top. But, this will recover soon, and Bitcoin will likely continue rallying to $100k toward the end of the year.