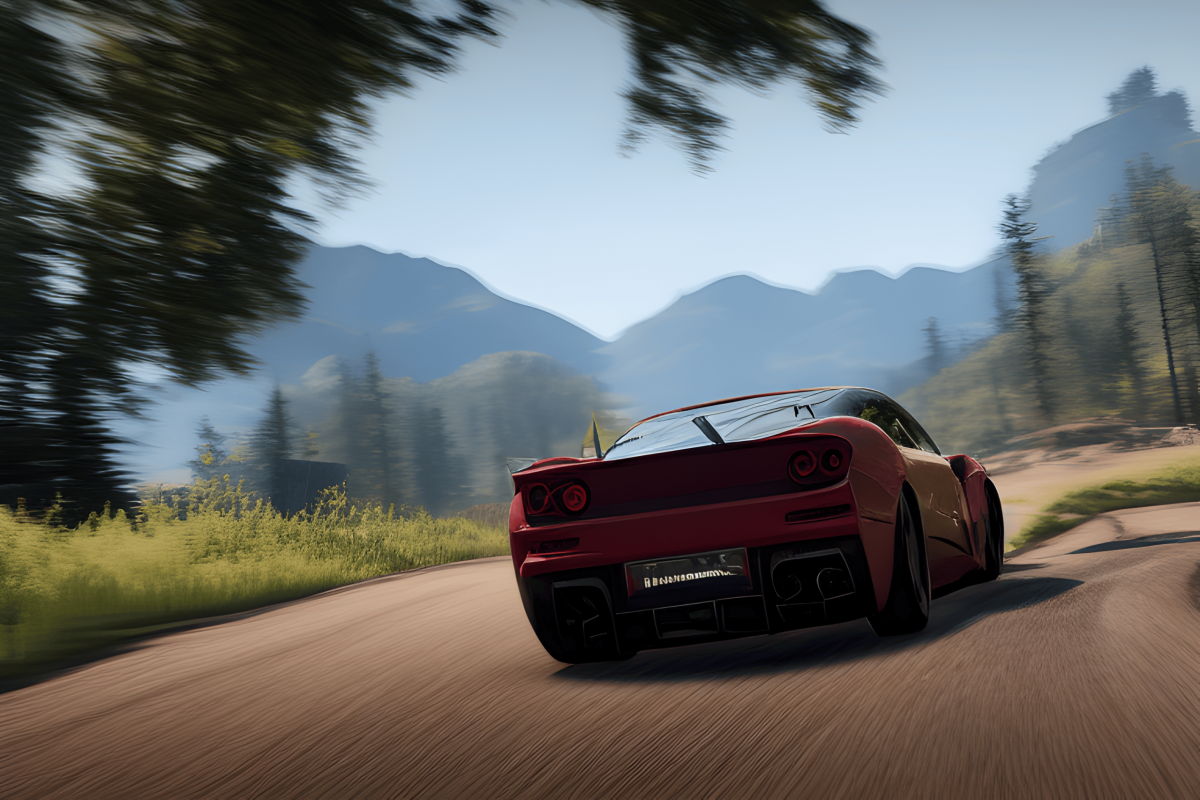 One move can make or break positions in the crypto world. Well, what we are implicitly referring to is stablecoins. The battle or rather the race to finish at the top continues to create headlines, mainly for three participants- USDT, USDC, and BUSD.

Stablecoins witnessed a significant rise, especially in 2021. But the total market cap of stablecoins fell in 2022, registering at around $135B at press time. But despite the fall, the contenders are doing their bits to remain afloat.

Tether (USDT) share of trading volumes in centralized exchange (CEX) markets remained the highest among all stablecoins, according to the most recent data published by crypto analytics platform CoinMetrics on 18 October. 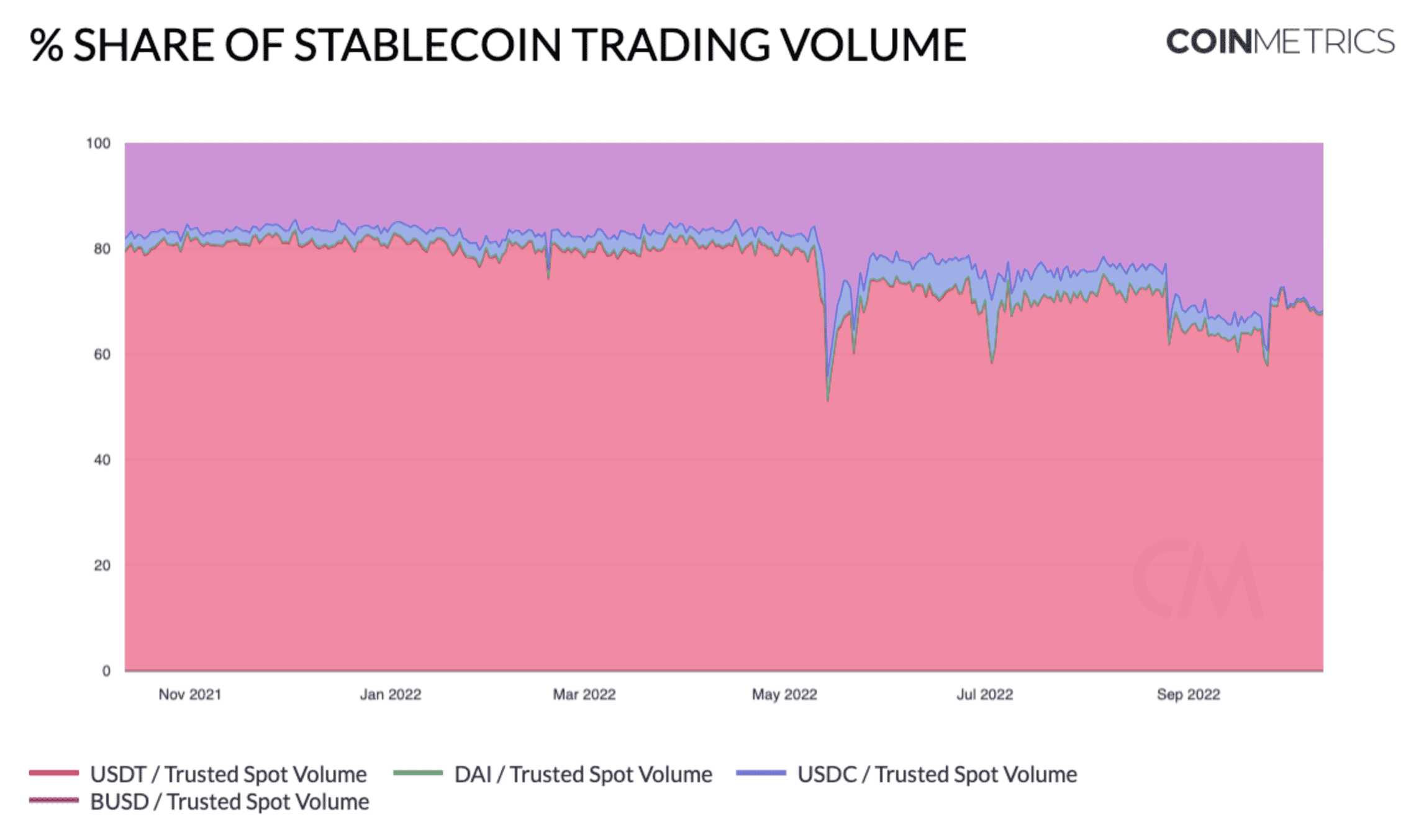 Herein, USDT accounted for around 70% of all trading volume reported by exchanges- despite the obvious hiccups in the past. Now here comes the change in the “order.”

Binance USD (BUSD) stood in second place after an increase in spot volume share as compared to Circle’s stablecoin (USDC). So what led to the shakeout in the stablecoin ecosystem?

Well, the world’s leading cryptocurrency exchange by volume allowed all user holdings in USDC, USDP, and TUSD (alternative stablecoin offerings) to be converted automatically to BUSD (Binance’s stablecoin) when deposited onto the exchange. In this regard, the report added,

“This decision is justified by Binance as an attempt to improve liquidity by consolidating order books into a single stablecoin pair, as well as increase demand for their own stablecoin.”

BUSD supply recently surpassed $21B, while USDC supply has tilted downward in recent months as can be seen in the graph below. 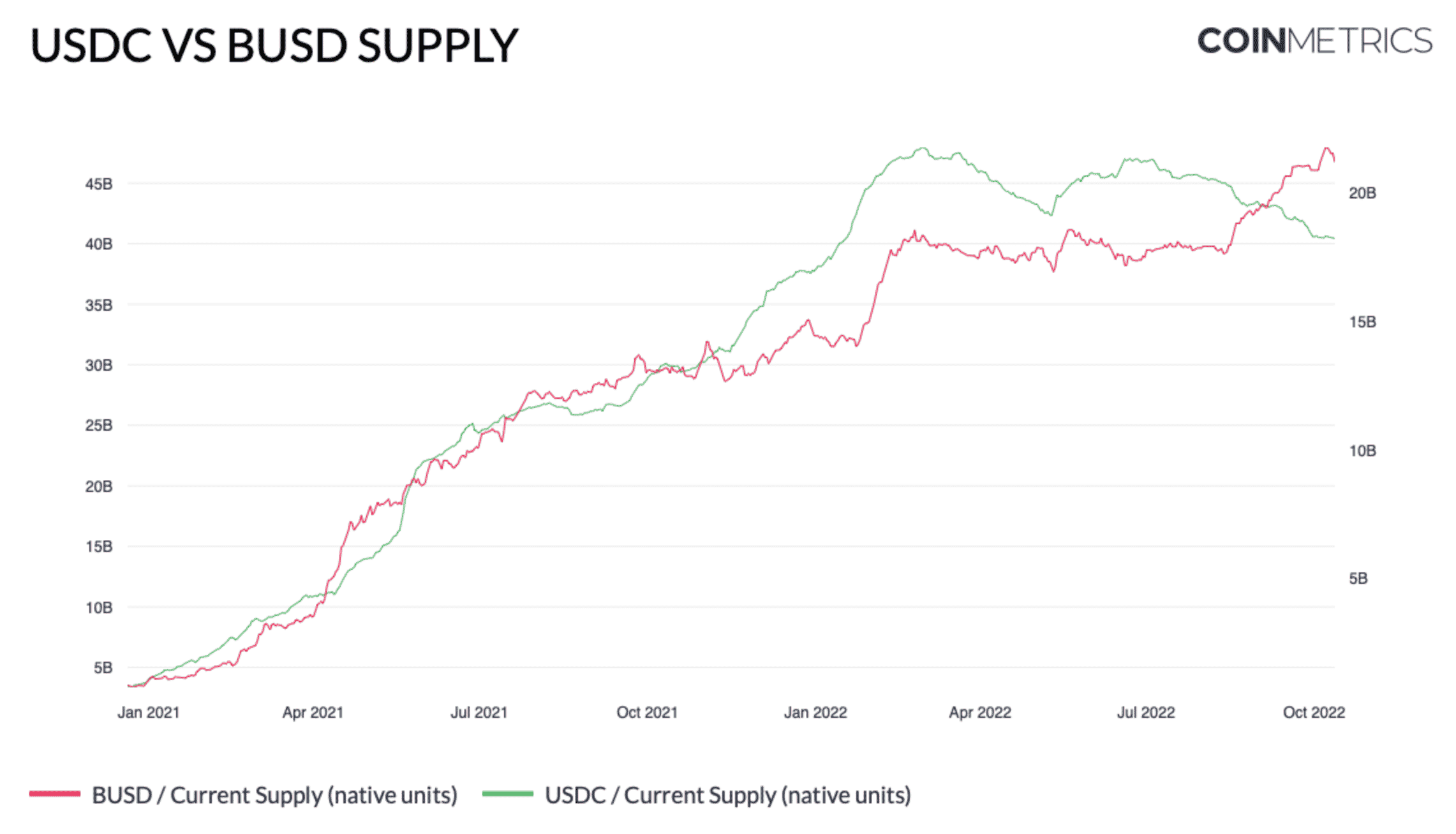 In fact, USDC’s market valuation has dropped by more than 19%, shedding approximately $10.59 billion.

Well, DAI can be considered another emerging stablecoin by looking at its velocity.

Velocity is an interesting metric to gauge stablecoin activity. It measures the relative turnover in token value between accounts taking place in each token’s respective network. Velocity is thus proportional to transaction size and frequency. 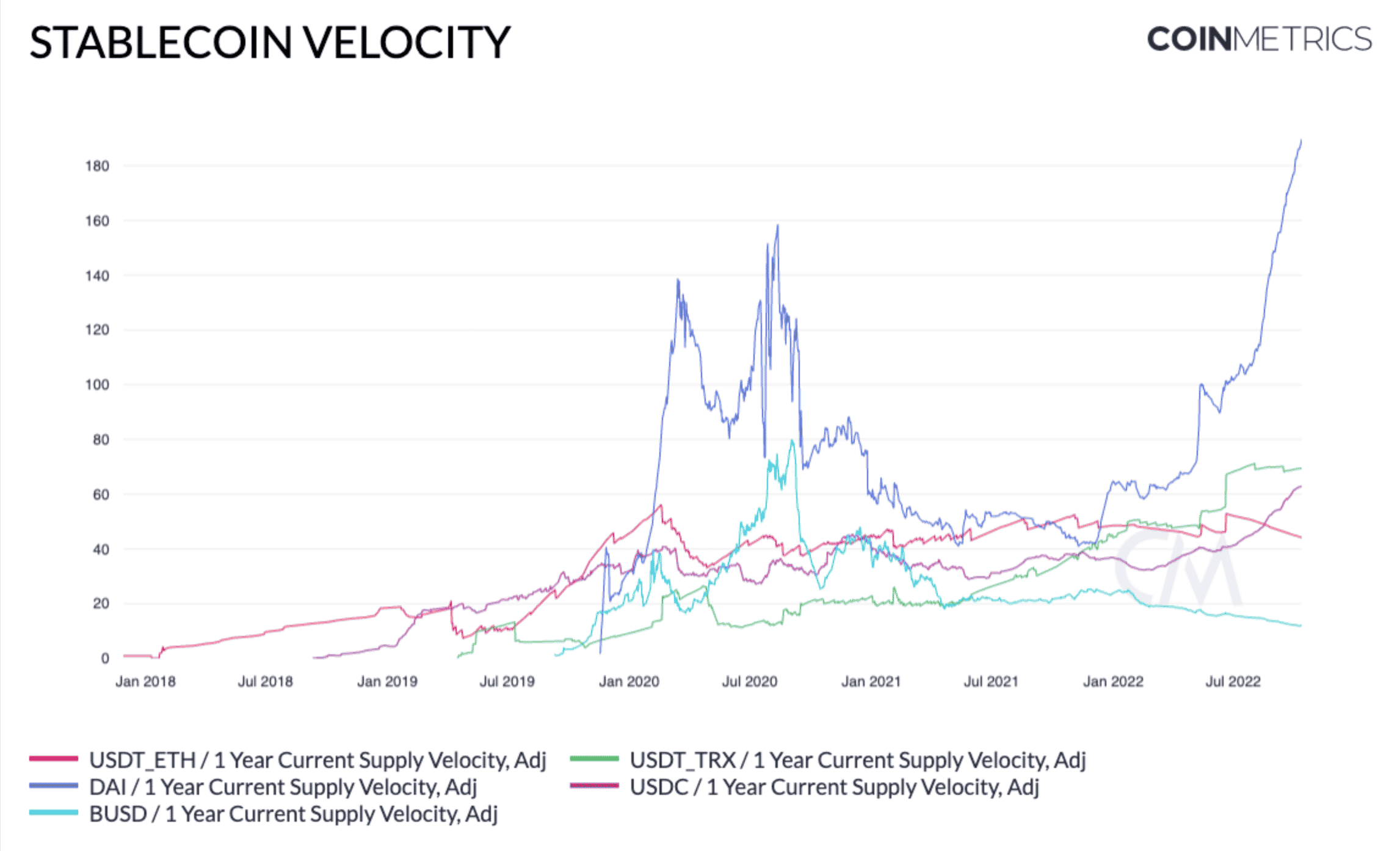 DAI grew rapidly in popularity as a result of its considerable on-chain footprint, dominating over all other tokens, thanks to its popularity as collateral.

Overall, all this sounds fancy, however, regulators could curb this rise as in the United States, regulators are moving closer to stablecoin legislation.

Monero: Traders looking to sell XMR have reason to consider the $152 level