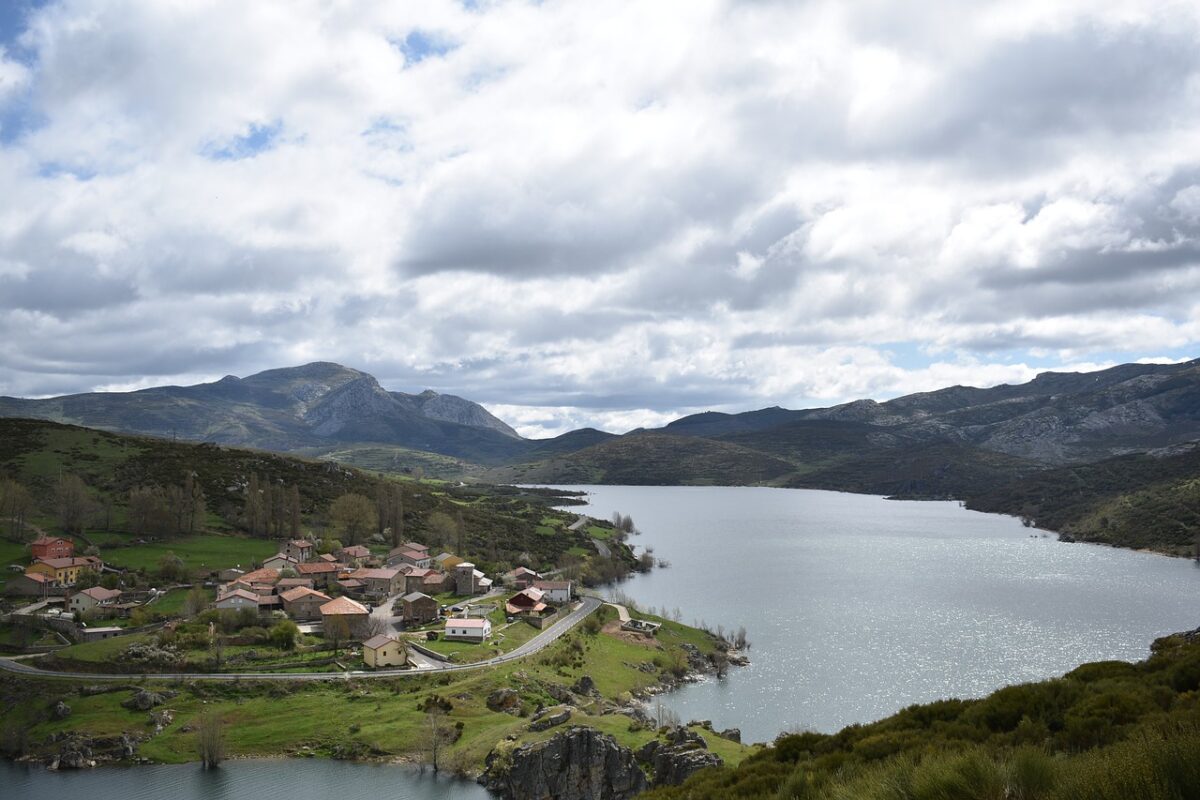 Cardano continues to strive to build a considerable presence socially. And, while it has tried unconventional methods in the past, such as its “tree plan,” this new one seems to be more effective in helping the chain achieve this goal.

Education is the way to go?

The University of Zurich and Cardano have joined forces to develop blockchain education and research initiatives. This is one of the most significant steps taken by any blockchain in spreading awareness at the most basic levels of education.

However, this is just the second step the Cardano Foundation has taken this week in that direction. Especially since just a few days ago, IOHK’s Project Catalyst expanded to Africa.

By launching an incubator scheme in collaboration with IceAddis, a pan-African business incubator, Project Catalyst intends to enhance the growth of projects in the country.

Now, even though it did make some significant progress on the developmental front, it deteriorated on the charts. In fact, ADA was barely able to breach its 4-month long resistance of $1.214 before regressing to test $1.02 as support.

While its 54.92% rally towards the end of March was helpful in pushing ADA above $1, its latest 16.8% drop might invalidate it.

Nevertheless, this time the altcoin has its investors’ support, whose resilience and patience are looking good for Cardano. Of late, the total ADA supply has observed a change in its distribution. This has led to a change in hands from short-term holders (STH) to long-term holders (LTH). 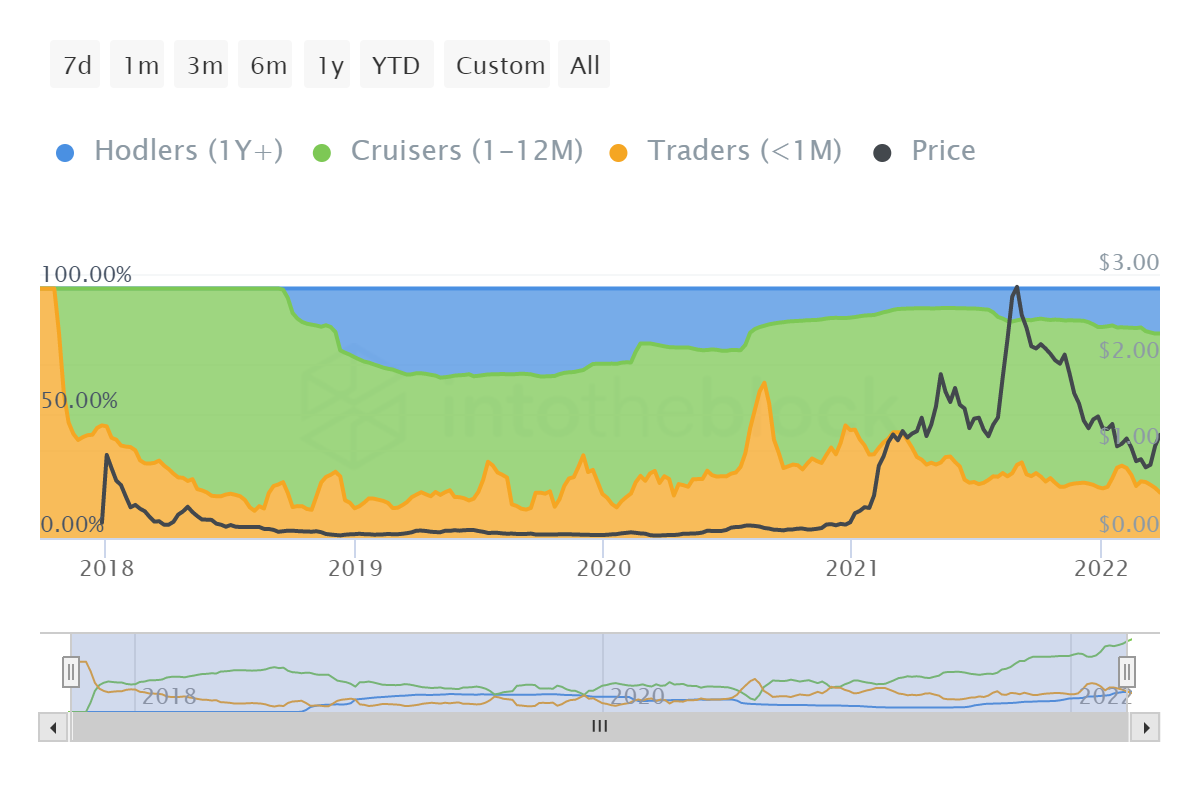 There still are some skeptics in the market who are looking to sell off before any major loss occurs. However, the number of optimists who are buying and HODLing in the hope of recovery will soon exceed these panic investors.

At the time of writing, the exchange market depth showed that there were over 500k higher ADA open orders for buying than there were for selling. 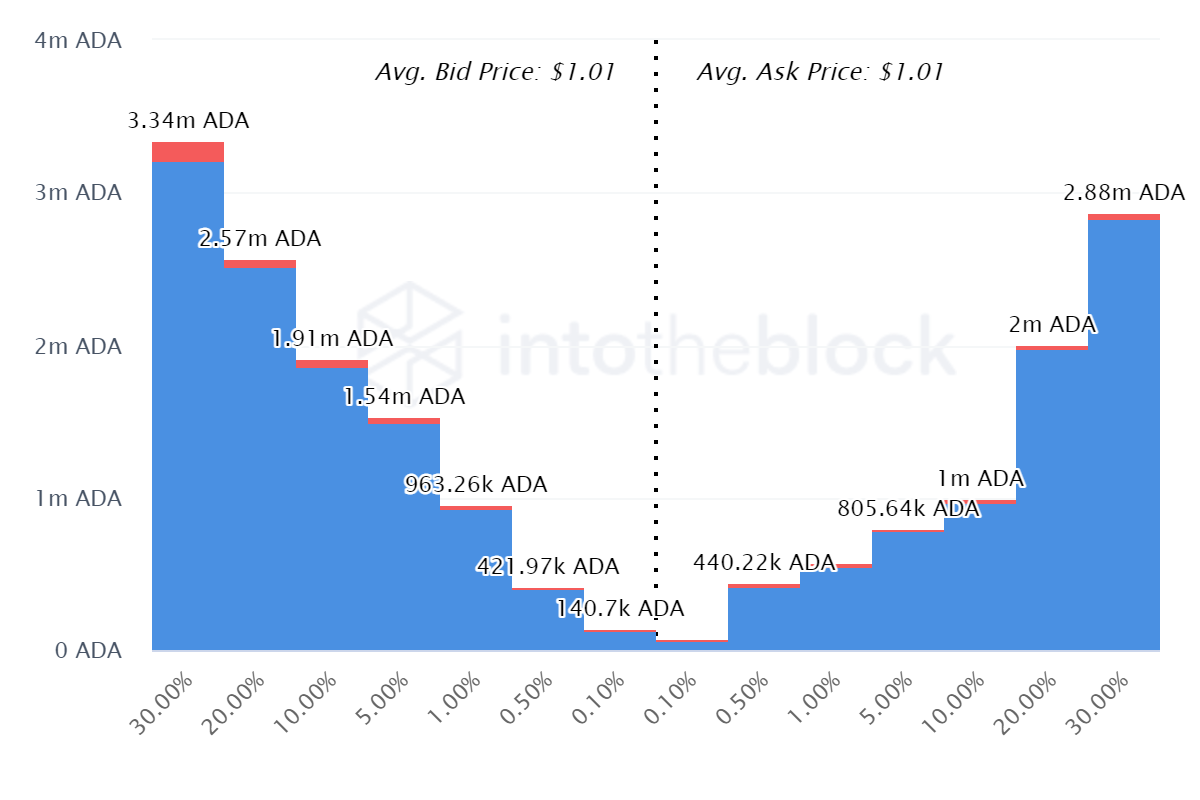 Moreover, what is also contributing to the same is improving sentiment for Cardano across major social channels. The same is what is fueling higher demand for the coin right now.

Even so, as mentioned previously, the price action falling through the support might be an unprecedented roadblock. 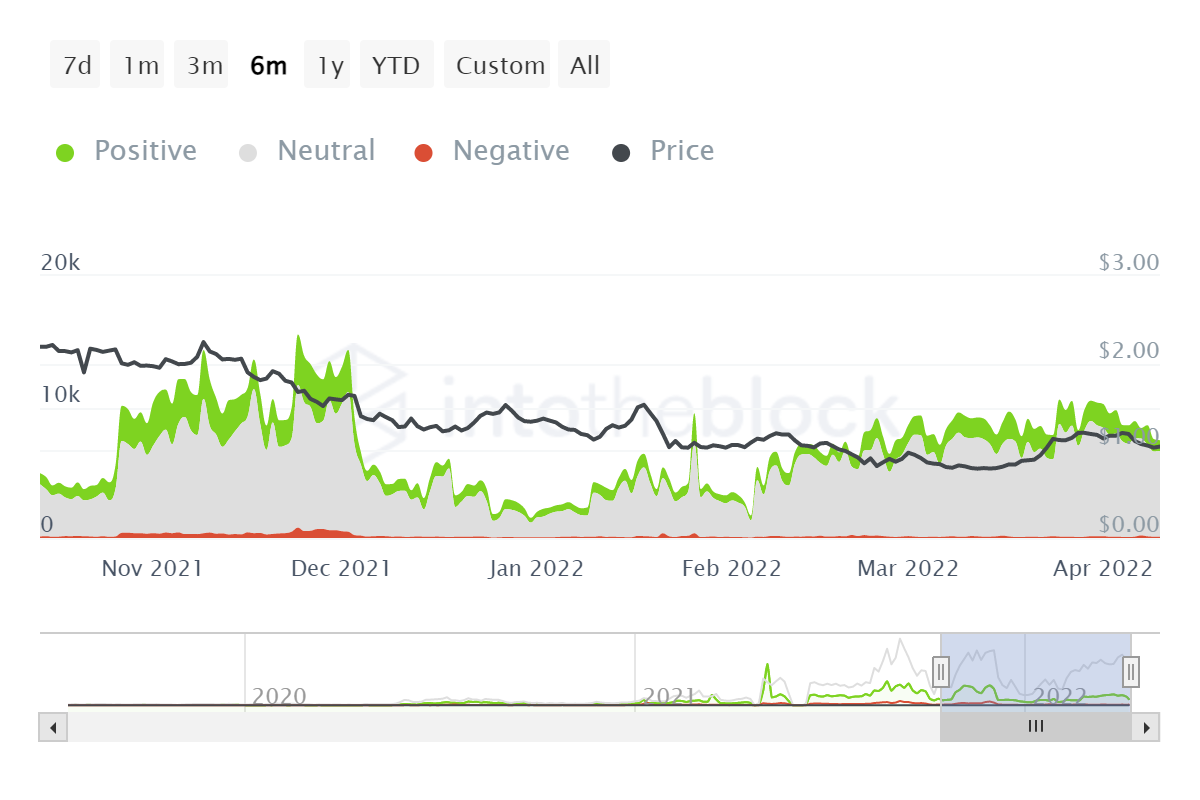 SAND’s descent this way could trigger shorting signal for traders