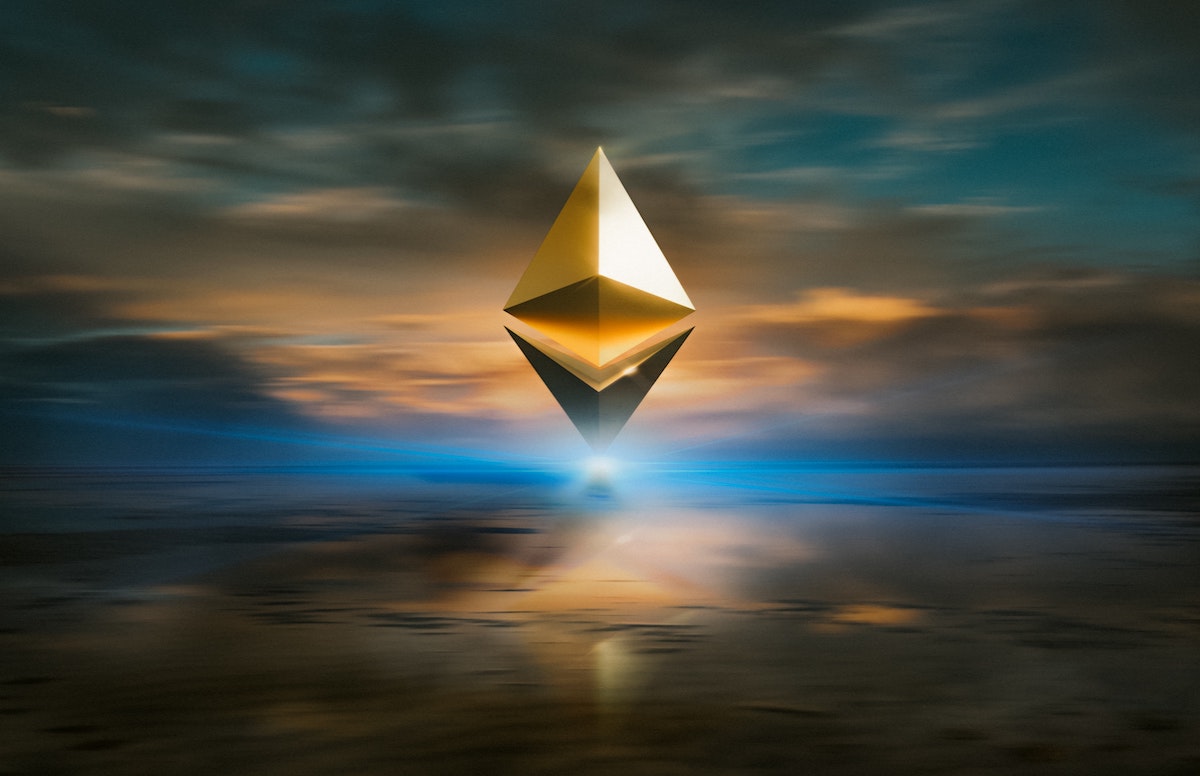 September was a rough month for crypto-investors, particularly for those betting big on Ether since it dipped by more than 13%. Nevertheless, such a pullback wasn’t out of the ordinary.

In fact, at press time, ETH had significantly recovered from its losses, with the altcoin trading at $3,387.

Needless to say, such volatility has fueled speculations about where the altcoin will be in the months to come.

How does Q4 look for ETH?

In a recent report for Bloomberg Intelligence, Senior Commodity Strategist Mike McGlone put forward his analysis of what to expect. In doing so, the analyst compared ETH to its closest rival on the market cap charts – Bitcoin. Using a host of different metrics to support his assertion, McGlone argued that he’s quite bullish on ETH in Q4.

According to McGlone, Ethereum has major price tailwinds in the non-fungible token (NFT), fintech, stablecoins, and decentralized finance (DeFi) space to support its rally. In that context, ETH’s price is still in its early days of price discovery and could show further appreciation in price.

Moreover, he argued that EIP-1559 execution has added a new bullish aspect to ETH’s price trajectory.

“Demand and adoption are rising, but our graphic depicts a notable difference from a year ago — plunging supply. At the start of Q4 2020, the 12-month rate of change in the measure of Ethereum supply from Mosaic was closer to 5%. Now it’s on track to drop toward 2% because of a recent upgrade.”

Simply put, the analyst believes that going forward, we might see a consolidating bull market narrative for Ethereum.

ETH vs BTC – The war continues…

These two cryptos have been facing off against each other for a long time now. Now, while BTC has dominated the crypto-roost so far, is there a flippening on the horizon?

Well, some would say most certainly.

The digitalization of money and finance, coupled with ETH’s use-cases, has helped it attract major players. Also, it has been taking a major chunk of the market share, when compared to its direct competitors.

Consider the chart attached herein, for instance. The second-largest cryptocurrency by market cap is starting to shine of late. 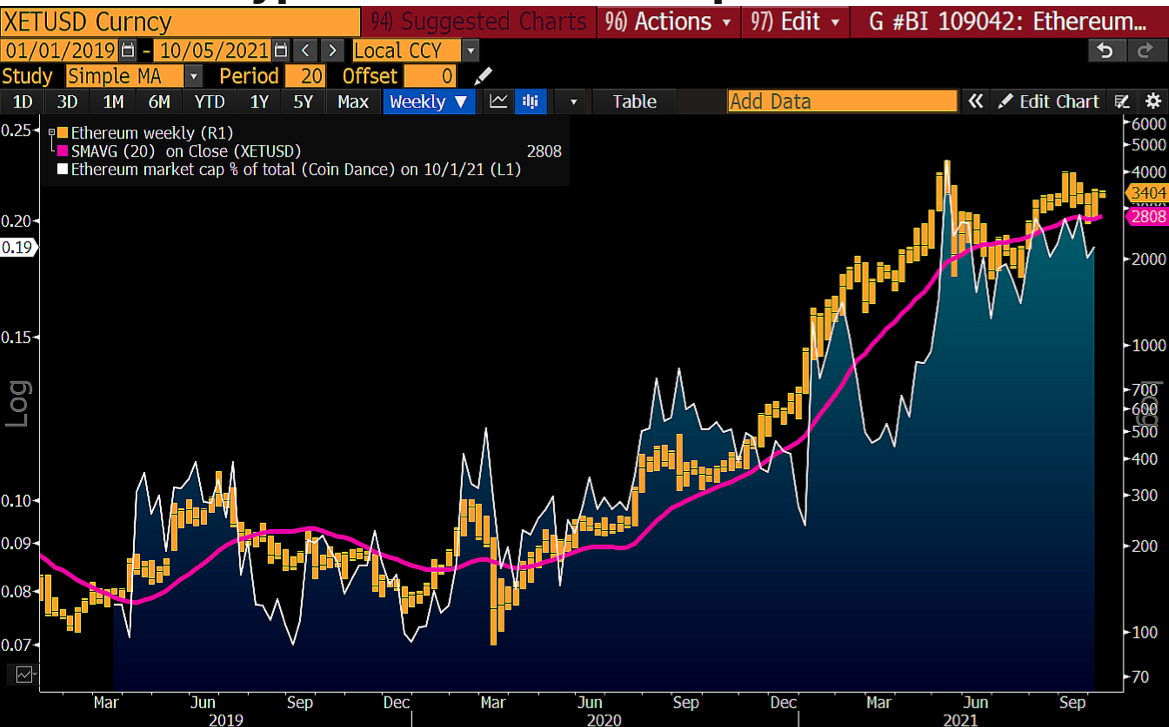 In the DeFi sector, growth has been exponential, with the total value locked (TVL) of these assets reaching $100 billion versus the $20 billion recorded in 2020. The report noted,

“Mosaic and Coin Dance data place Ethereum atop the food chain, indicative of rising crypto values and it’s prominence as the go-to platform for smart contracts, NFTs, and decentralized finances.”

Curiously, the report also claimed that Ethereum was overextended above $4,000 in May. Right now, however, it seems to be on sounder footing around $3,300.

As covered previously, ETH is favored to climb above $3,500 and test some benchmarks in the coming days. McGlone went on to say,

“With ETH’s indicators now moving into a bullish position, expect ETH to overcome its 50% and 61.8% Fibonacci Extension levels with relative ease and set a new ATH close to $5,000.”

Having said that, CoinShares’ insights had a slightly different narrative for the flagship crypto. Despite a week of inflows, it witnessed a dip of about 3% in market share. Needless to say, it will be a few more weeks before we get more clarity.