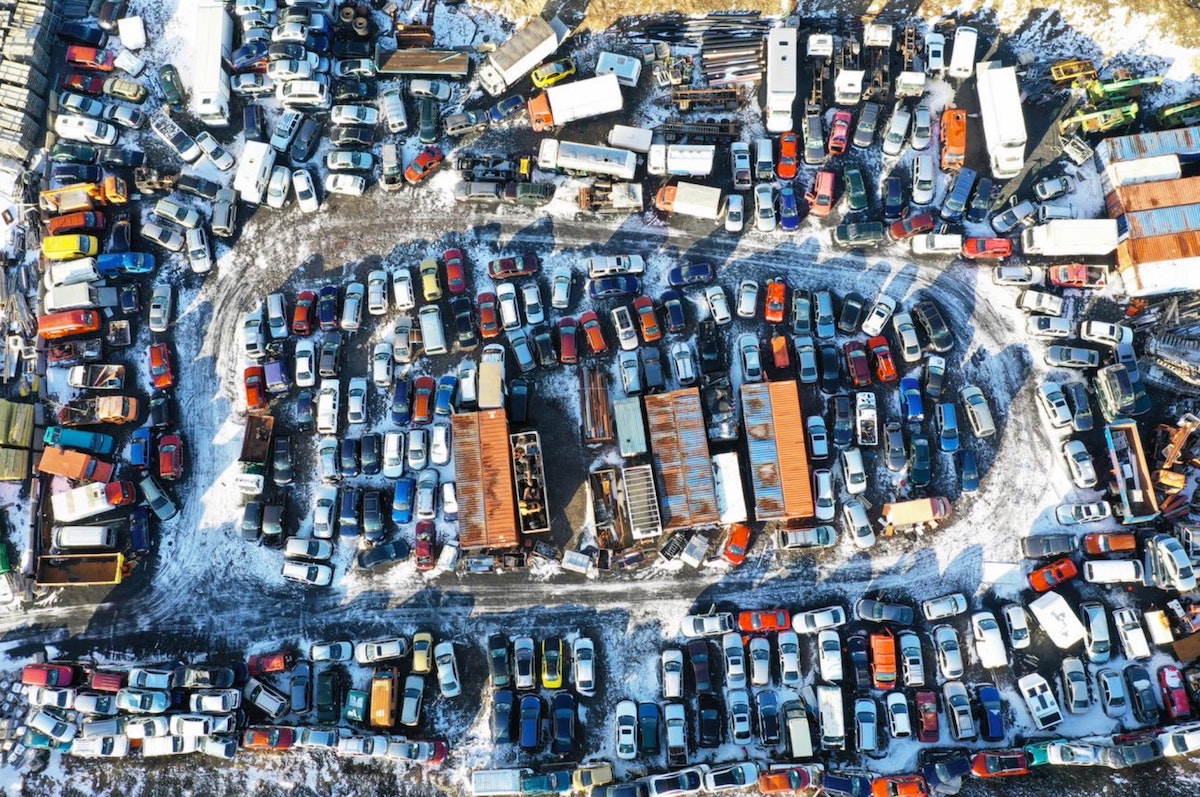 El Salvador and its vision to build ‘Bitcoin city‘ has created havoc within the crypto community.

Nayib Bukele announced the plans to issue a $1 billion “Bitcoin Bond” with a 10-year maturity on the Liquid Network. The bond, developed by Blockstream and processed by Bitfinex, will offer a 6.5% coupon or the rate of annual interest payments. In addition, investors will receive dividends generated by liquidation of Bitcoin holdings.

Blockstream CSO, Samson Mow discussed his bullish narrative El Salvador’s bet on powering a Bitcoin city with the energy of a volcano in a Bloomberg TV interview.

Powering a Bitcoin city with the energy of a volcano: that’s the bet of El Salvador, along with plans to raise about $1B via a “Bitcoin Bond” in partnership with Blockstream. Blockstream CSO Samson Mow joins @CarolineHydeTV for more – live from the Conchagua volcano pic.twitter.com/UR9zpEnY5g

On being asked, “why any institutional bond investor would buy this BTC bond, given that, it’ll offer a 6.5% coupon or the rate of annual interest payments,” the executive opined that the annualized yield back to investors could reach 146% in the tenth year, according to Blockstream projections. On the BTC’s ongoing bloodshed, he added,

“I think there’s more money than a billion to plug into this bond… 6.5% is in line with most bonds around the world. And there is that special Bitcoin dividend so they can run the calculations, at the end of 10 years Bitcoin is a million dollars.”

Here, two projections were cited, firstly of Bitcoin appreciating 35% year over year. Secondly, the yield that year will be about 90% plus the 6.5% coupon. However, if it goes higher, there is another conservative model at 140% API, plus the 6.5% coupon. Well, in that case, it’s a pretty attractive bond by any measure.

For further context, the U.S. 10-year Treasury, considered by many global authorities and bond investors to have creditworthiness, yields about 1.5%.

This was quite a contrast concerning the bond in question that has Bitcoin inbuilt at its core. Curiously, he gave an ambiguous answer,

“That’s really for them to figure out but we’re trying to structure this in a way that they can present it to other boards, their directors as a normal bond because it is a normal fund. That just happens to have a large chunk of Bitcoin. But even if they don’t buy it, I don’t really see a problem.

“There’s a risk (in) everything, even buying Bitcoin comes with risk, and it’s really difficult for people to make their own decisions.”

In addition to this, the sheer hype concerning the bond is bound to have some after-effects. Consider this – following the surge in the digital asset spectrum, the other legal tender here, USD- especially Dollar bonds, witnessed a massive fall. The chart below highlights the same. 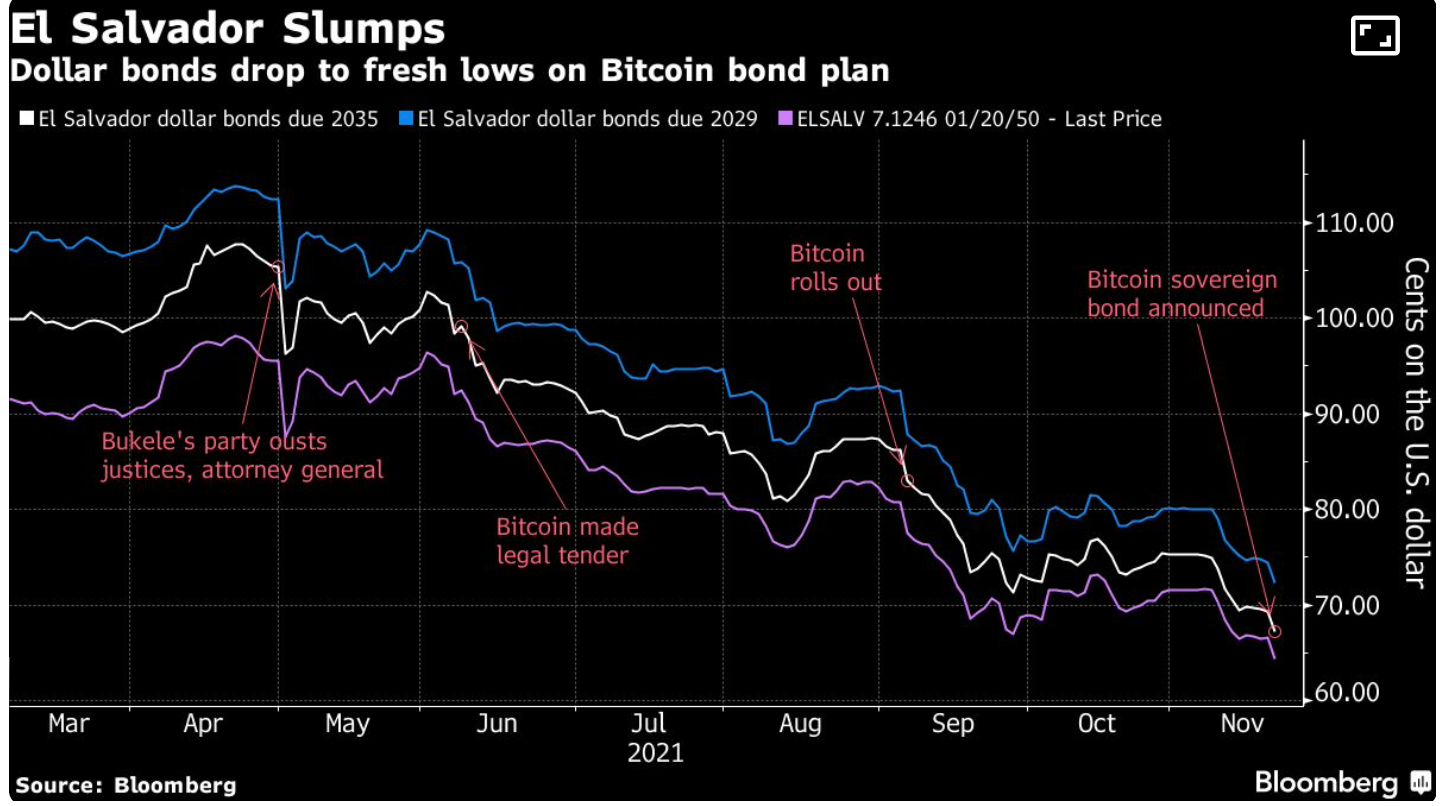 According to Bloomberg, “El Salvador’s dollar denominated notes due in 2050 fell 2.2 cents to 64.4 cents on the U.S. dollar on Monday, the lowest ever.”

Further, Moody downgraded the country’s long-term, foreign-currency issuer and senior unsecured ratings to Caa1 from B, citing the decision to adopt Bitcoin as a sign of weak governance. (For context: “Caa1” is judged to be junk-grade – of poor standing and subject to very high credit risk.)

Locals in the area had similar concerns as well. An IMF blog reported,

It remains to be seen how Salvadorians adapt to the new change.