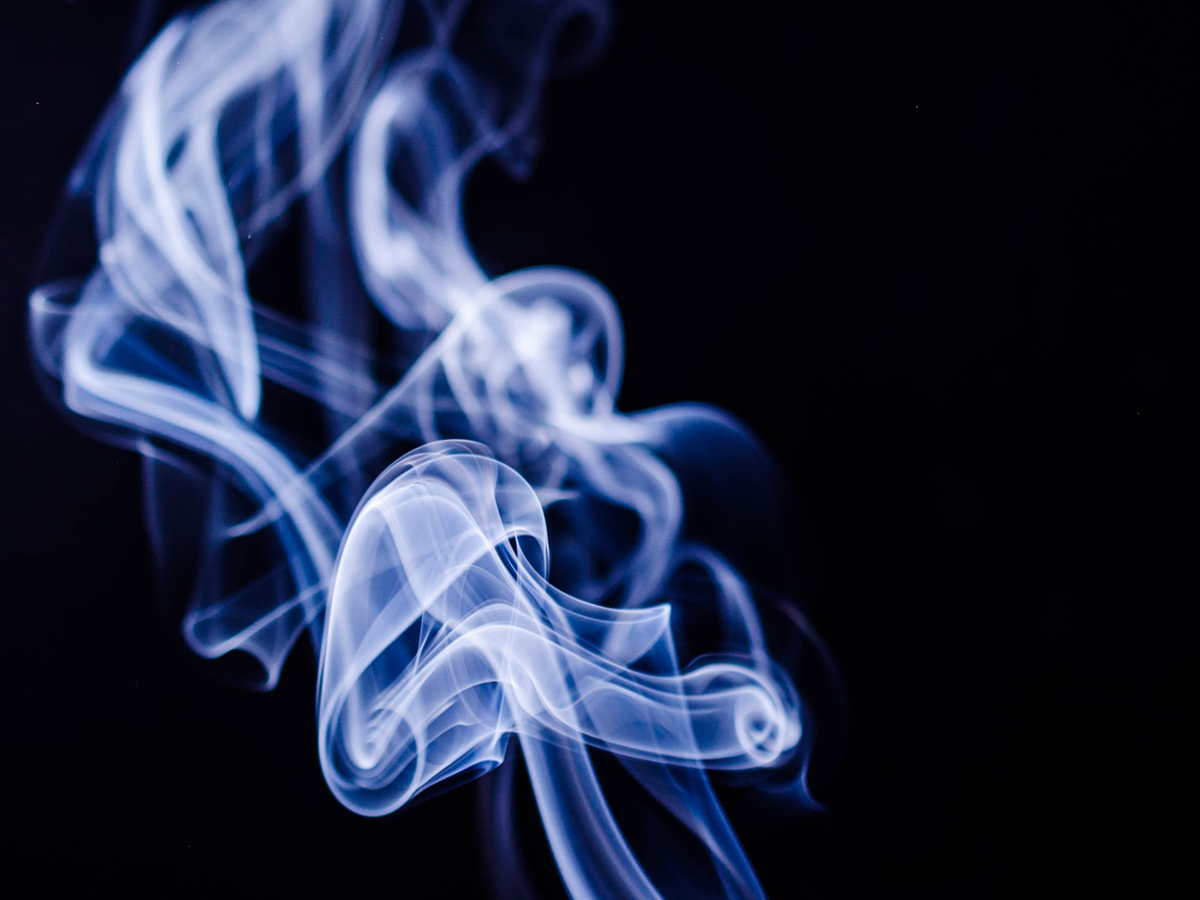 Just like Bitcoin, Ethereum too failed to shield itself from the September blues. After dropping by 5% over the past day, ETH was trading at $2875 at press time. In fact, the alt’s market cap shrank to a level reminiscent to that of late May, early June period [$330 billion].

Despite the wobbly state of the asset’s price, one major factor has been keeping Ethereum from falling below the $2.5k threshold. The same further has the potential to drag ETH out of its price miseries.

The non-fungible-token craze has quite evidently intensified over the past few months, thanks to the apes, rocks and other intriguing projects that have come with time. NFTs, at this point, account for a substantial percentage of activity on Ethereum’s network. For starters – the number of ERC-721 transactions have spiked by more than 10x since the beginning of this year, despite on-and-off pullbacks. 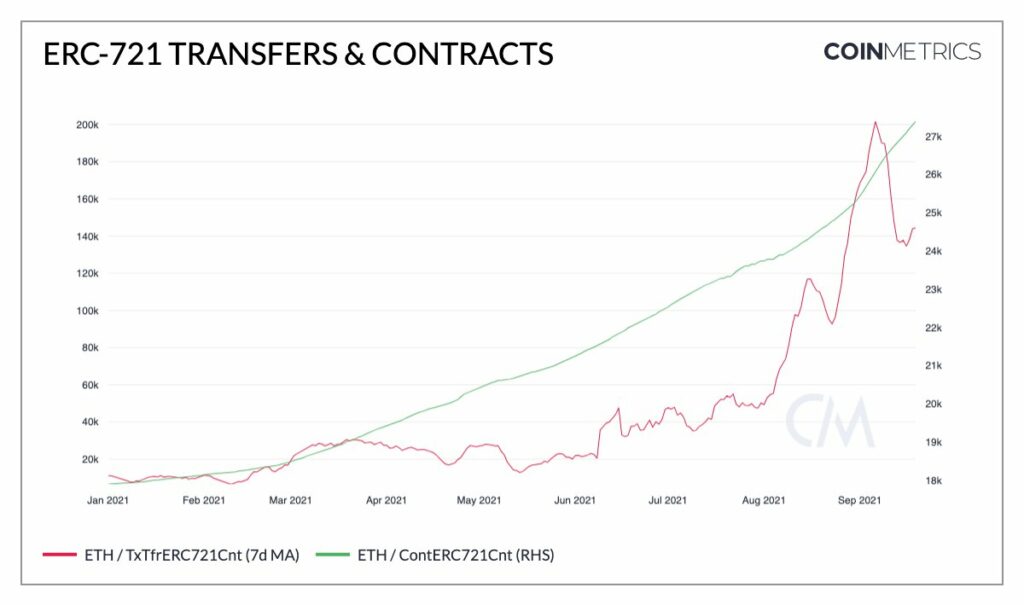 The NFT marketplace monthly volume has additionally crossed $2 billion so far this month. For context – the same managed to surpass $3 billion in August. The Block’s chart clearly highlights the massive spurt in adoption since last year. Interestingly, apart from retail capital, institutional capital is also now being deployed into NFTs.

Su Zhuhai and Kyle Davies’ Three Arrows Capital, for starters, has been quite active in the NFT space and has made a host of high-profile purchases of late.

In retrospect, the number of owners with respect to almost all projects have witnessed notable upticks. Comparatively new projects like Bored Ape Yacht Club, Loot and Meebits have had an impressive run since August. In hindsight, pre-existing projects like CryptoKitties and CryptoPunks have also been able to relish the fruits of increased adoption.

As these NFTs have gained in popularity over the months, the economic activity on Ethereum has risen. However, the gas price and network congestion, arguably, remain under control, thanks to the HODLing sentiment of NFT owners.

When the HODL waves for, say, CryptoPunks is considered, the vertical bandwidth of the 6-12 month category has evidently been increasing. To a fair extent it can be stated that early-buyers are HODLing their tokens instead of actively trading. 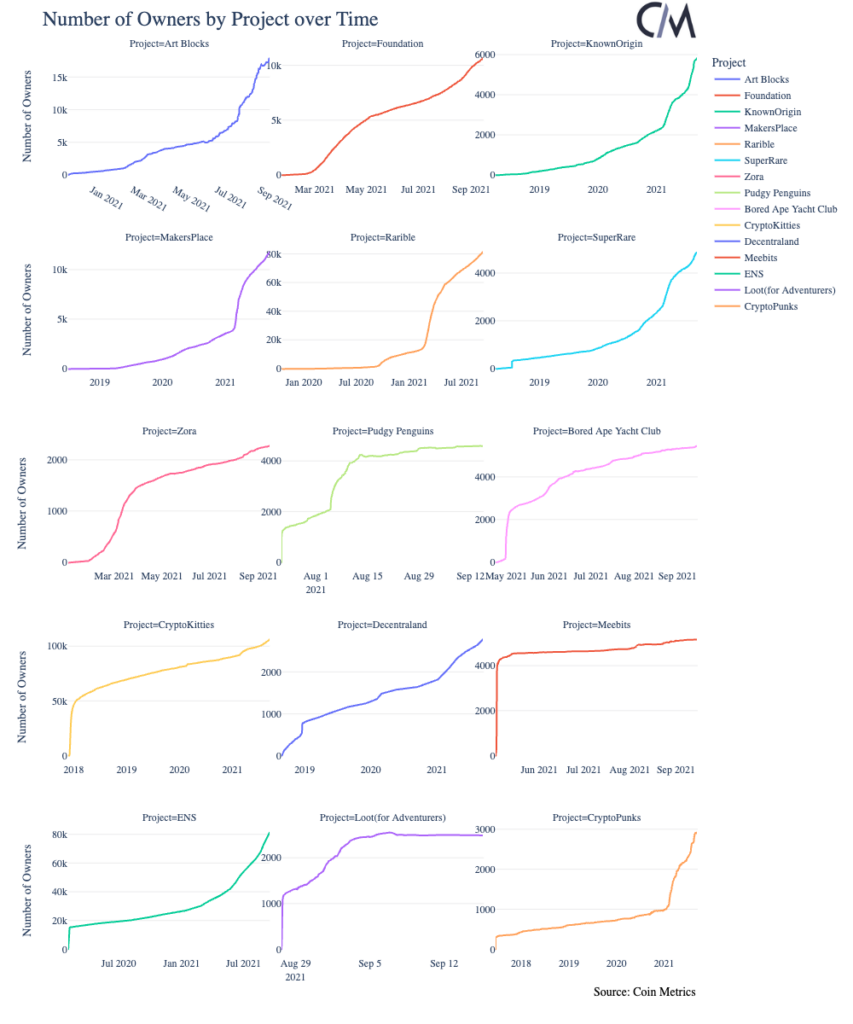 Further, Christie’s is set to hold an auction for some of the oldest NFT art in the coming days. The live bidding for these tokens would happen in ETH instead of fiat – and that is essentially the highlight of the event. Given how Christie’s auctions have unfolded in the past, this development does have the potential to drive up the demand for Ethereum tokens.

As more people from the space enter the NFT ring, the buying-pressure would intensify and Ethereum’s price, in turn, would likely react positively. Even though the bigger-picture looks quite optimistic, it should be noted that rising Ethereum prices might play spoilsport after a point in time.

The key to Litecoin’s price resuming its ascent is…