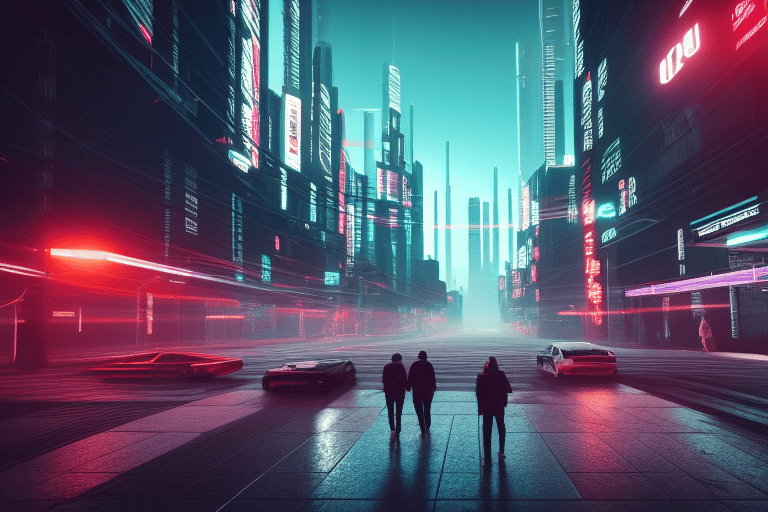 In a recent development, it was observed that despite the volatility faced by the market, the total trading volume of stablecoins set a new record in 2022, reaching 7.4 trillion U.S. dollars. Even though the overall stablecoin space witnessed growth, the same couldn’t be said for USDT. 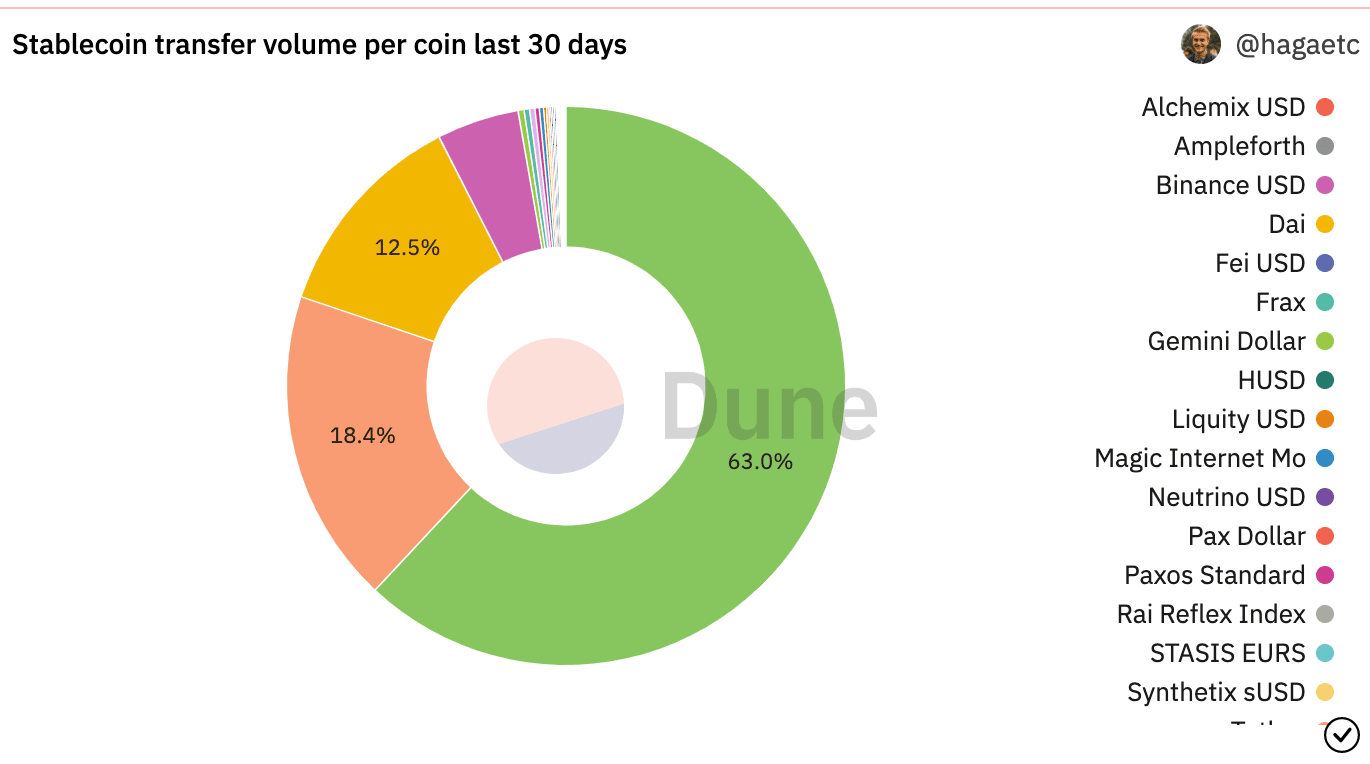 One of the reasons for USDT’s declining transfer volume could be the lack of activity being witnessed by the stablecoin on the social front. According to LunarCrush, USDT’s social mentions fell by 13.5% over the last month. Furthermore, its social engagements declined by 23.3% during the same period.

Along with its declining activity on the social front, there was a lot of FUD that had surrounded the stablecoin in the recent past. Despite the uncertainty around USDT, the stablecoin managed to get into the good graces of the crypto community as its weighted sentiment improved.

According to the data provided by Santiment, the sentiment for USDT had been negative for the first half of December. However, as time passed, the weighted sentiment started to move in a positive direction. This indicated that the crypto community had started to have a positive outlook on USDT at the time of writing.

Soaking in all there is

Despite the positive sentiment for USDT, its network growth declined on most networks. From data gathered by Santiment, it was observed that the network growth for USDT on Polygon (Yellow), Ethereum (Blue), and Optimism (Red) had fallen significantly over the past few days.

This indicated that the frequency at which new addresses were transferring USDT had reduced across platforms.

Another area where USDT lost its dominance was in terms of transaction value. Based on Dune Analytics’ data, it was observed that USDC had managed to outperform USDT in this regard as well.

At press time, the overall transaction value for USDT was $710 million and for USDT it was $4.4 billion. 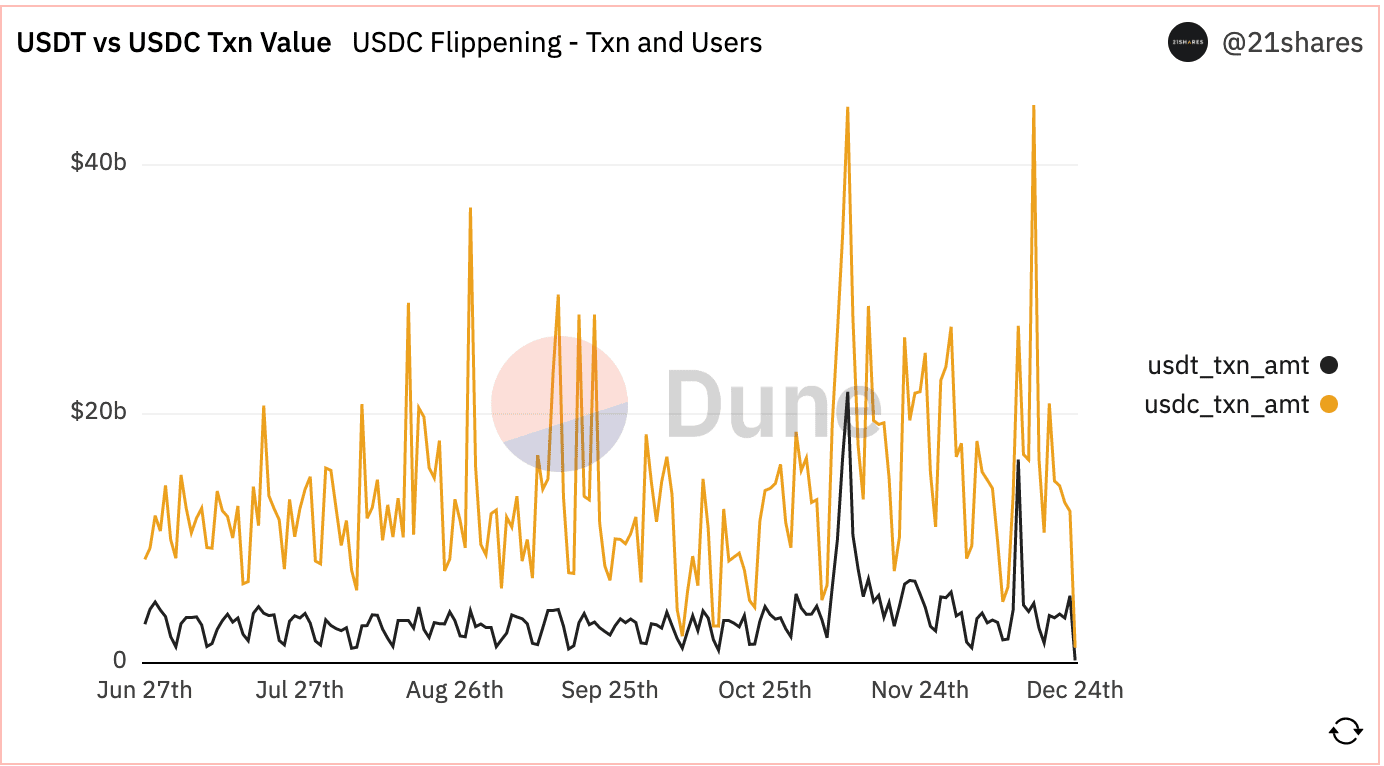 Despite all of these factors, USDT still managed to maintain its dominance in terms of market cap. At press time, USDT’s market capitalization was $66 billion according to CoinMarketCap.

MultiverseX: Can the new roadmap push EGLD to the edge of a price rally