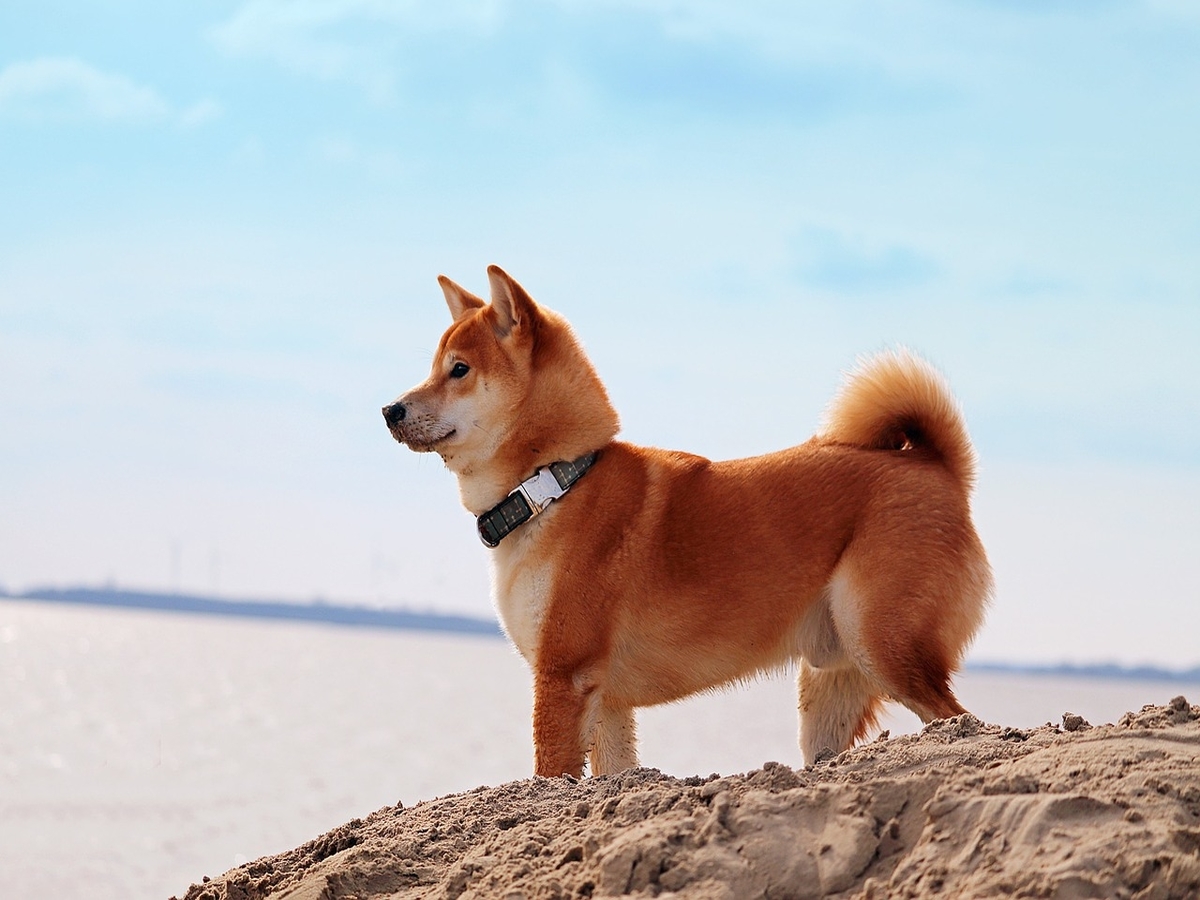 As most of the market’s coins have sort of recovered from the 7 September crash, DOGE is one of the few “top” alts that hasn’t shown any signs of revival. In fact, DOGE’s price has shrunk by more than 11% on both, the daily and weekly time window. On TradingView’s price chart, it was rather noticeable that DOGE’s price was positioned within its newly-formed descending channel.

At the time of writing, it was noted that close to 60% of addresses that owned DOGE were in losses. IntoTheBlock’s Global In/Out of the Money indicator presented the same. On any given day, rising RoIs manage to attract new investors into the market. However, the current state of returns do not serve as an incentive.

Messari’s data highlighted quite an interesting trend with respect to the meme-coin’s network-value-t0-transaction ratio. This ratio gauges the  relationship between the market cap and the transfer volumes. When the NVT is high, it indicates that the network value is outpacing the value being transferred on the network. 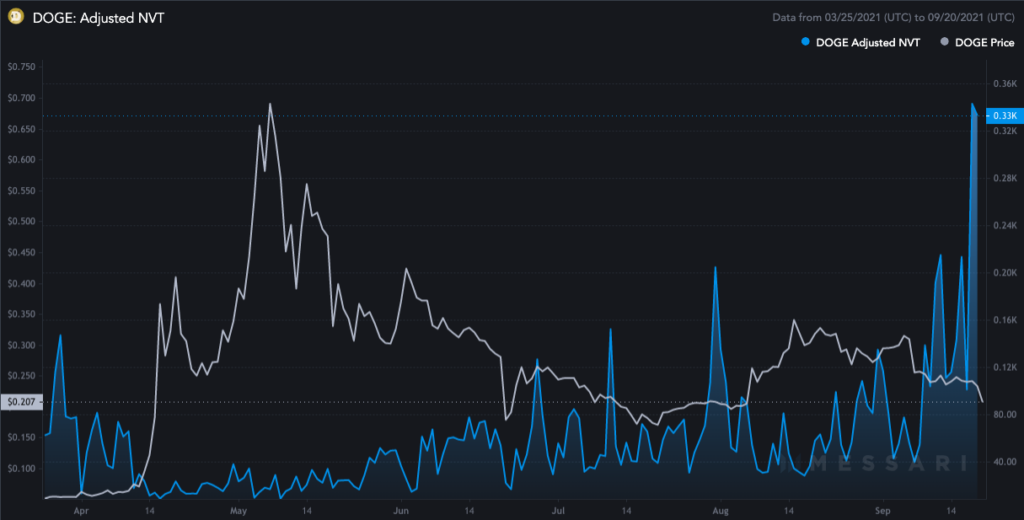 Usually such a trend tends to rub-off positively on the long-term valuation of any alt. The same has been observed with Ethereum per se. However, this has not been the case with DOGE. The alt’s price has always pumped when the the NVT has been low. On 15 August when DOGE’s price was at its $0.3 local top, the adjusted NVT was  as low as 33.96. Further, during the SNL saga when the price was at its ATH, the NVT was as low as 16.47.

As can be seen from the chart attached, the current level [333] is exorbitantly high, and as per the tradition, isn’t favorable to sustain DOGE’s rally.

Further, when the coin’s price slightly rallied in August, the development activity had started showing signs of revival. In fact, this metric witnessed a steep incline from 8 to 13 in a matter of 10 days in. Since then, the same has remained quite stagnant.

Having said that, it should also be noted that the active developer count has also been on the decline of late. At the time of writing, there was only 1 developer who was actively working. In fact, the submissions on the GitHub repository too has been pretty inert lately.

The collective sentiment at the time of writing was additionally bearish at press time. Thus, it doesn’t make sense to expect DOGE’s price to pump in the coming days. If DOGE manages to sustain its current levels, that itself would be equivalent to a victory for the meme-coin and its loyal community. In retrospect, the $0.5 benchmark too, just like $1, seems to be far from attainable at this point.