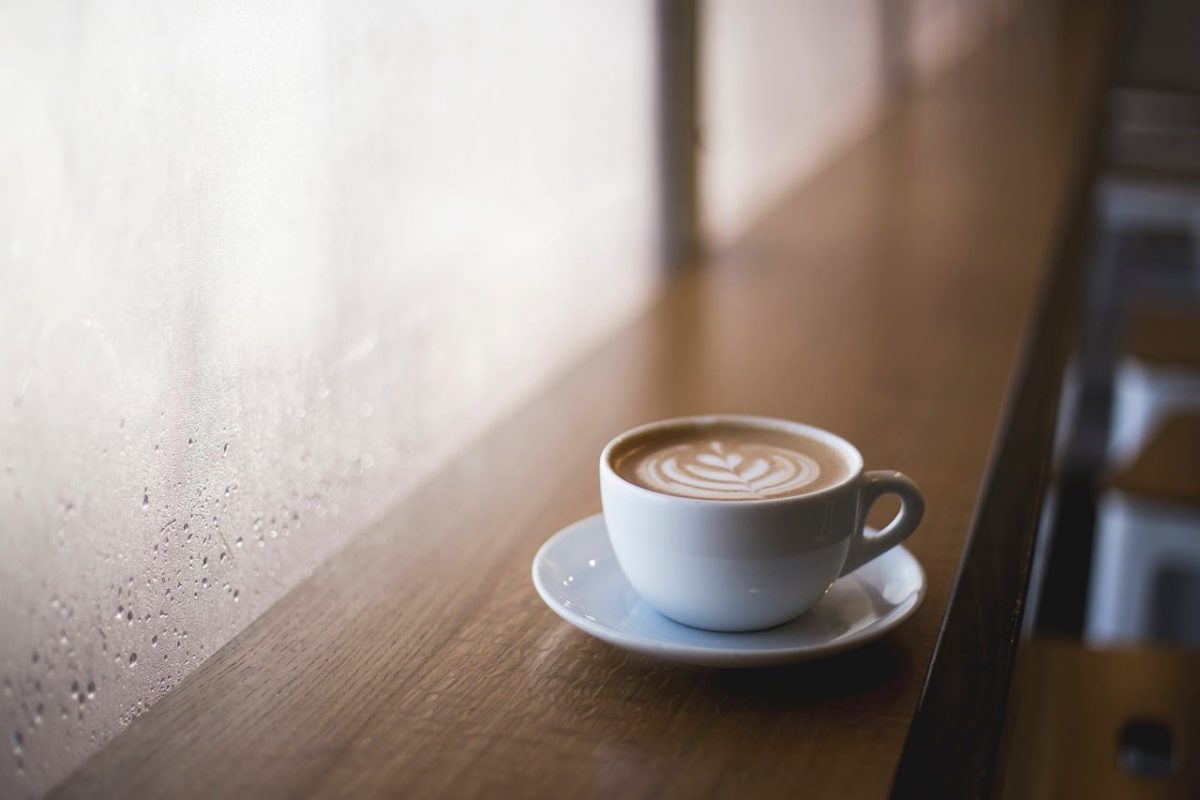 The native token of Polygon has posted rapid advances on the price charts over the past couple of days. This bullish move came at a time when Robinhood announced a partnership with Polygon as the trading app looked to move into the Web3 space. MATIC was able to zoom past the resistance at $0.78, but will a retest of the same offer another buying opportunity? 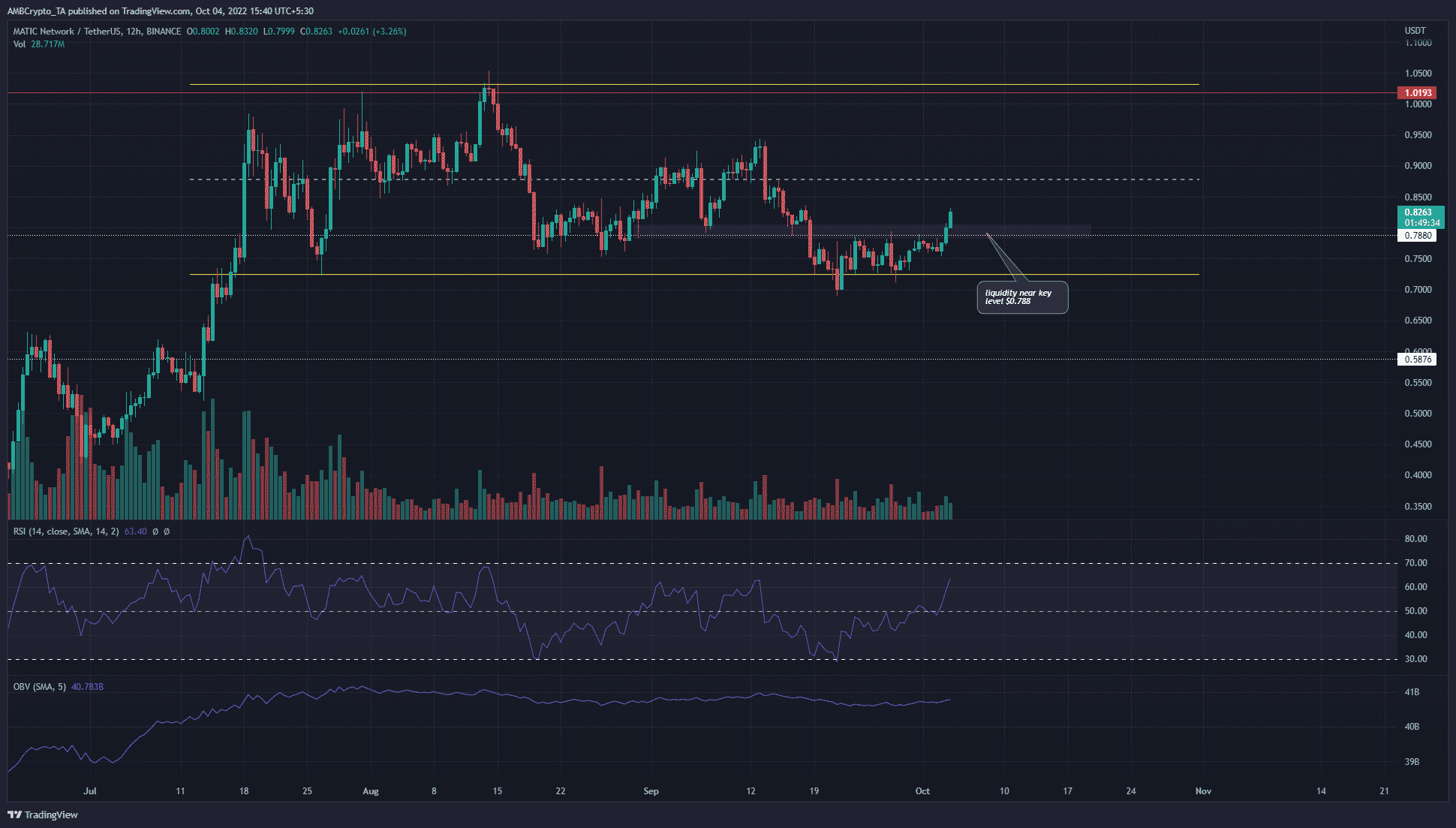 In yellow, a range was highlighted for MATIC. It extended from $0.72 to $1.03, with the mid-point at $0.877. The price has traded within this region since mid-July, which added to the significance of the range.

The RSI climbed back above neutral 50 after spending a good portion of September under the line. This suggested that the bearish momentum had flipped bullish. However, this might not signal that a move to or past $35 was on the cards.

At press time, the $0.788-zone was a liquidity pocket, one where a bullish order block could form over the next few days. Thereafter, a revisit to this zone could offer a buying opportunity.

Lack of inflows spotted this past week 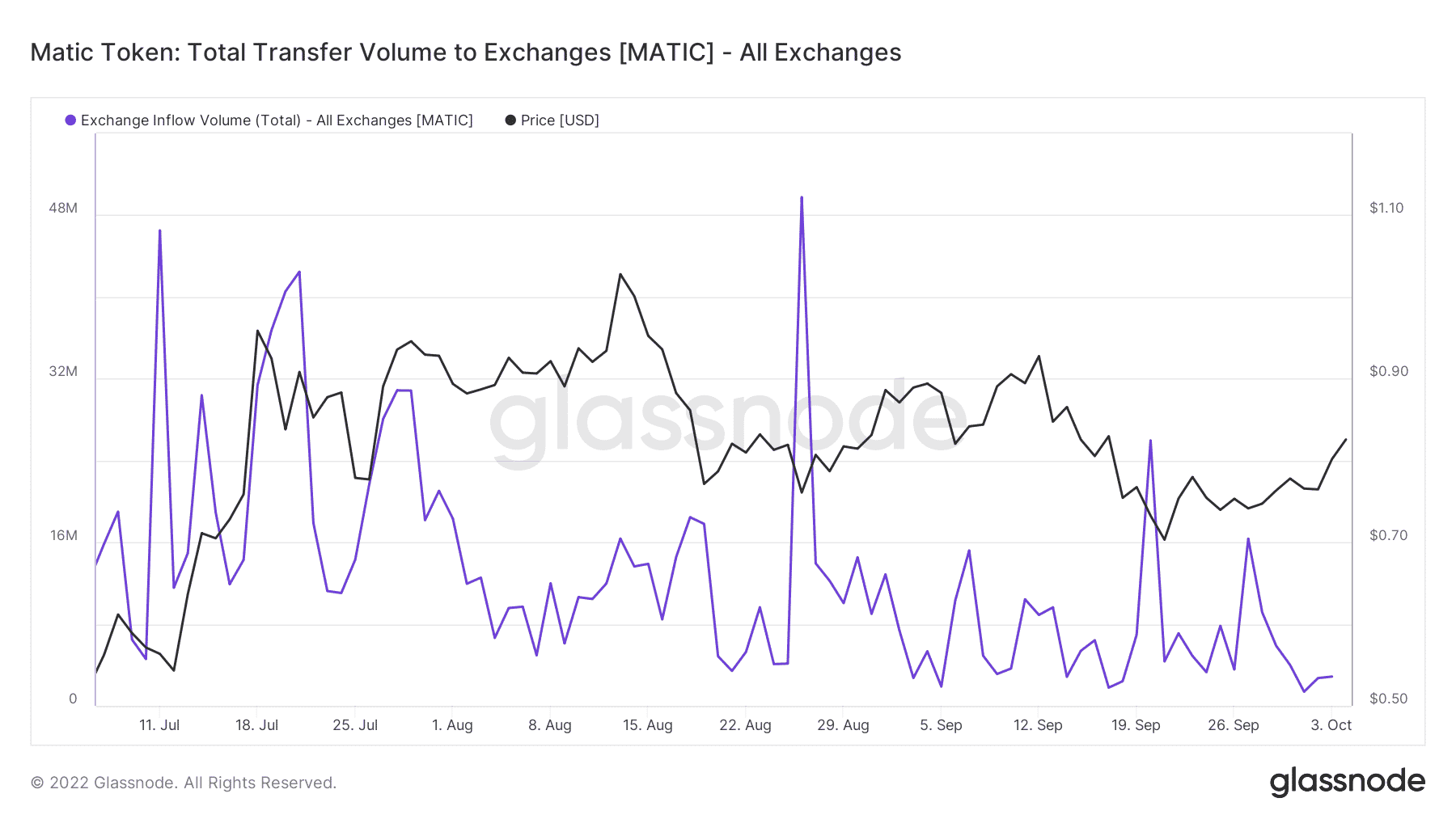 The inflows chart revealed that inflows have fallen over the month of September, compared to August. In July, the amount of MATIC moving onto exchanges was much greater, yet the price did rally from $0.5 to $1 throughout that month.

Overall, the fact that inflows were somewhat subdued in September raised a bullish question. Could whales be accumulating MATIC? Even if the answer is yes, that might not stop the asset from sliding beneath the range lows in the event that Bitcoin plunges past $18.5k.

Patience would be the key for longer-term traders and investors in MATIC. $0.788 is a key level and it could present a buying opportunity over the next week or two. This would require Bitcoin to remain near the $20k-mark or even rally past the $20.8k-resistance.