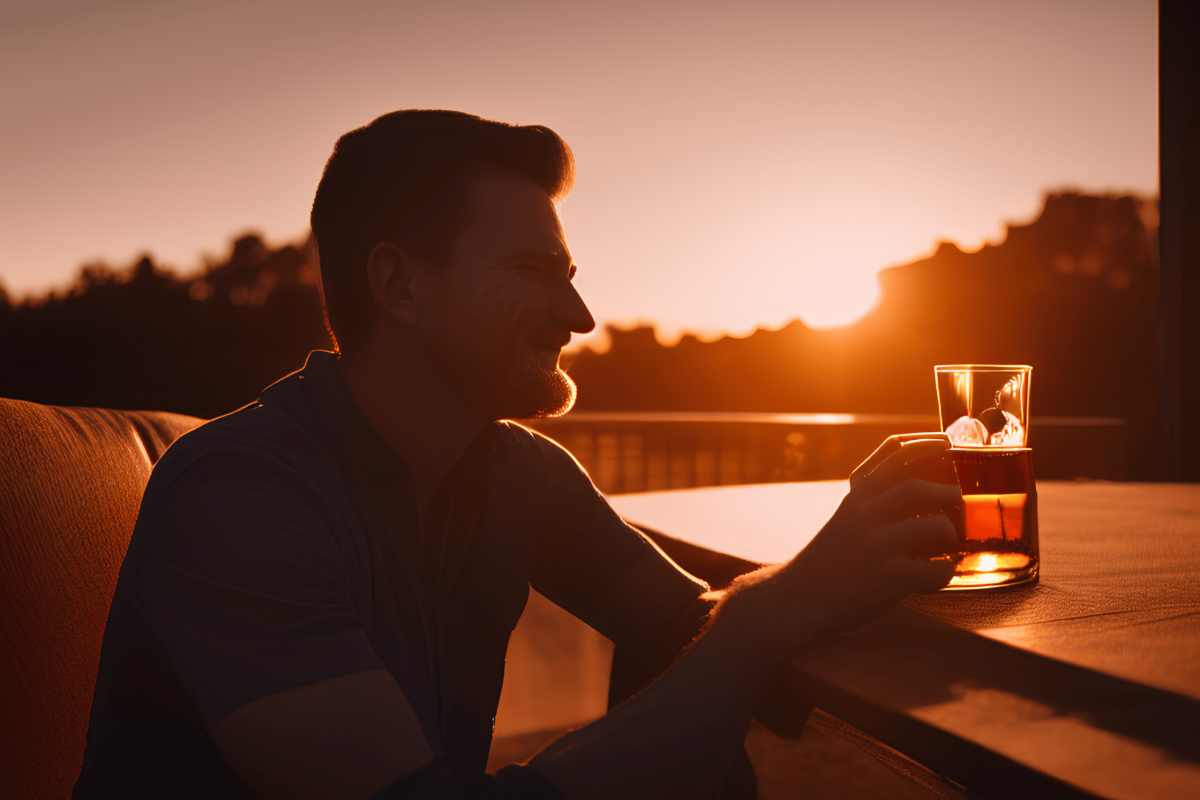 As per a recent development, the combined transactions on Arbitrum and Optimism were getting closer to the overall transactions being made on Ethereum [ETH]. One of the reasons for the same would be the increasing number of transactions on the Optimism network.

Yesterday, 691k txs on Optimism was an ATH. pic.twitter.com/YUOBmgNy1r

It’s only up and up

According to Dune Analytics, the number of Optimism transactions grew from 350k to 597k over the last month. This growth can be attributed to the spike in contract deployments on the platform, which increased from 3.6k to 5.8k in the same time period.

This implied that more users were using Optimism to deploy their smart contracts and suggested that there was a growing demand for the platform. 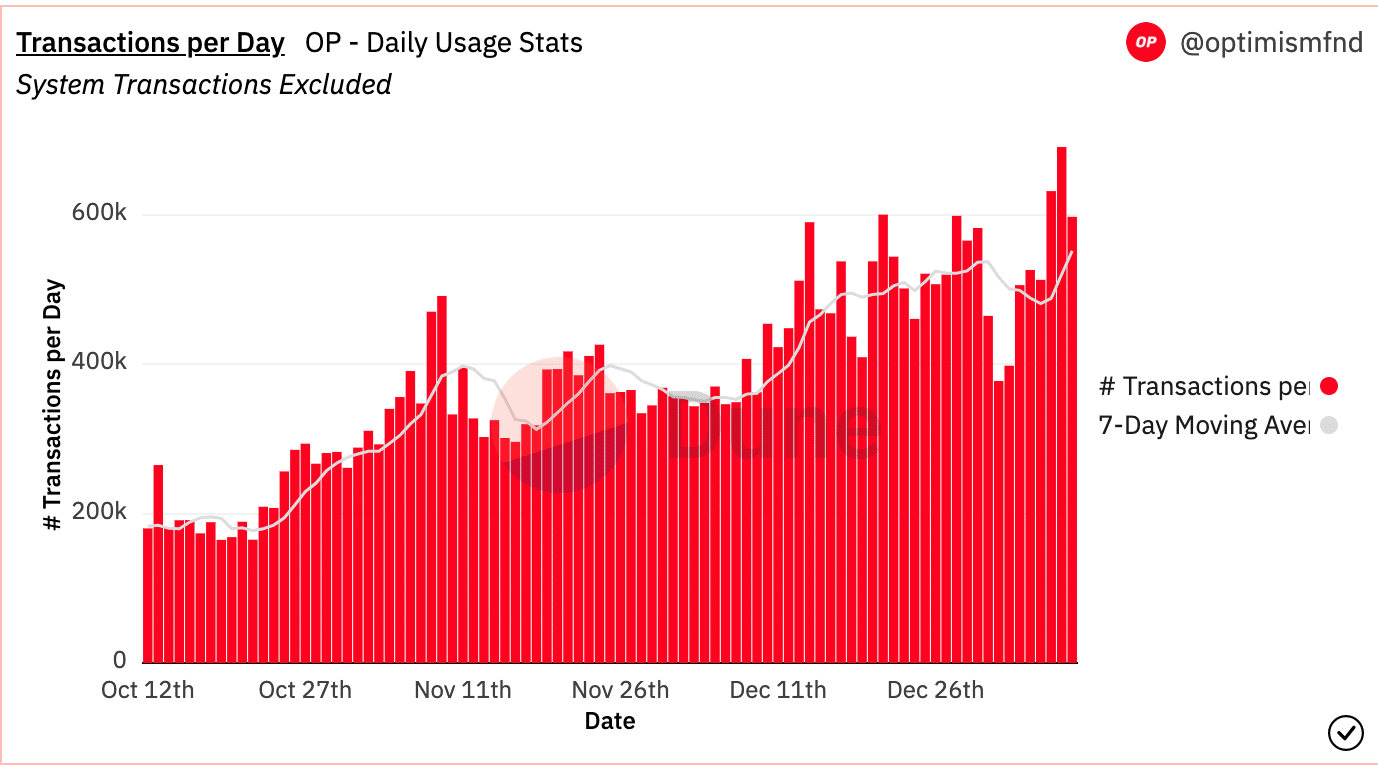 Furthermore, retention on Optimism also increased according to Dune Analytics data. This meant that more users continued to use the platform after their initial interaction.

Despite the decline in social media engagement, sentiment toward Optimism remained positive. This was indicated by the increasing weighted sentiment for Optimism. A positive weighted sentiment implied that investors were confident about the long-term prospects of the platform.

Are your OP holdings flashing green? Check the profit calculator

Along with the growing positive sentiment, the Market Value to Realized Value (MVRV) ratio for the Optimism token also increased. Coupled with the increasing MVRV ratio, the long/short difference of the OP token was also positive. This suggested that long-term holders witnessed improvements in their portfolios.

Long-term investors are less likely to liquidate their holdings as soon as they start to make profits. This could be highly favorable for the Optimism token.

Additionally, the holders of Quest Optimism NFTs declined according to Dune Analytics. This indicated a decrease in the popularity of Optimism’s NFTs. 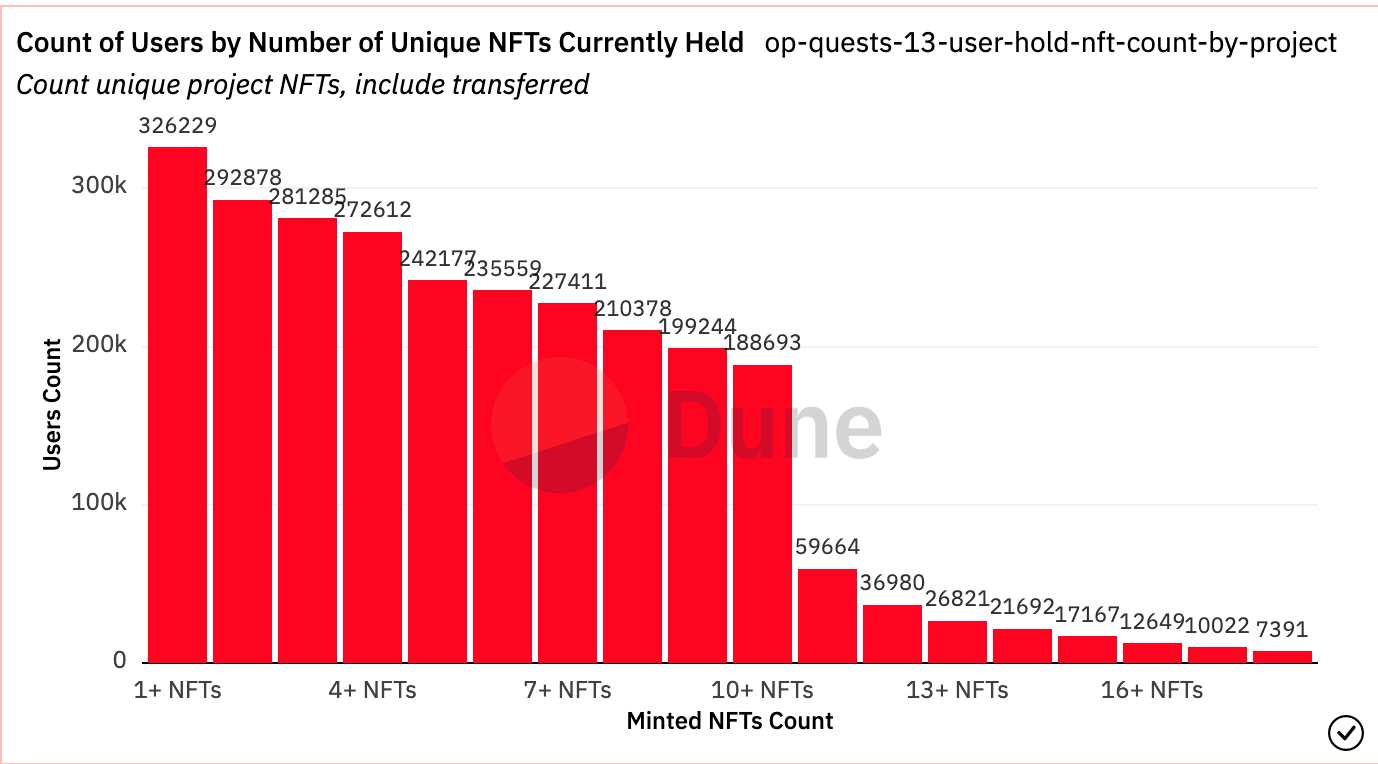 While the decline in social media engagement and NFT usage on Optimism could be seen as concerning developments, the overall sentiment towards the platform remained positive.

Furthermore, the growth in transactions, contract deployments, and long-term holders suggested that the platform was still experiencing success.

Shiba Inu: Unusual burn transaction and everything that paper hands should know