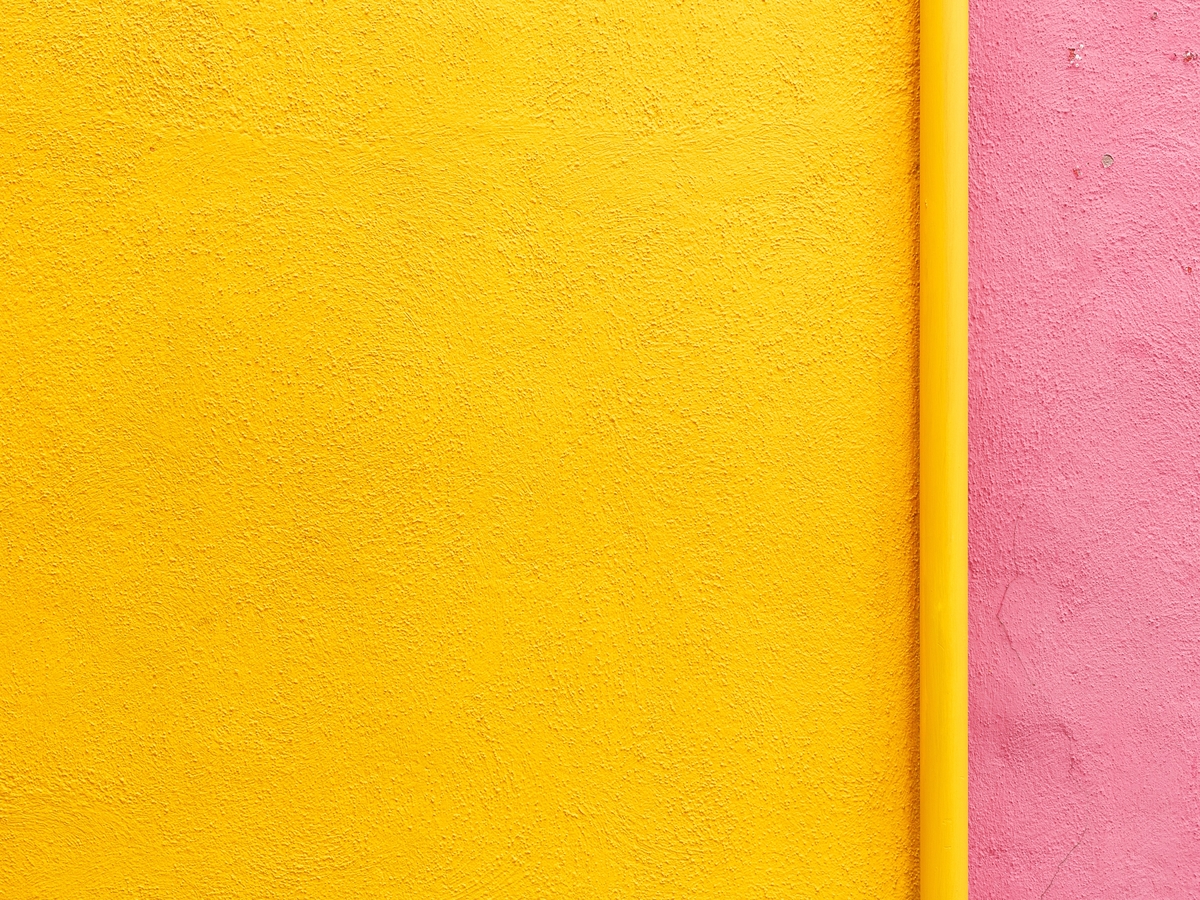 Blockchain projects, for the most part, are validated by people from the community for their vision and ambition. Even though scalability, decentralization, and security remain the flag-bearers of this technology, retaining all the aforementioned core features, in conjunction, is quite challenging.

Well, problems are always disguised as opportunities, aren’t they? With time, the crypto-space has been able to come up with a diverse range of both layer-1 and layer-2 solutions to cater to this primary hurdle.

Ethereum, arguably, remains the go-to blockchain network to create and execute smart contracts. With a stark surge in adoption over the years, it remains afflicted with network congestion and high fees at times. Speed and scalability too, to a considerable extent, play spoilsport. But, the network has already come up with an in-house remedy for the same.

Ethereum’s proposed 2.0 upgrade intends to ameliorate the speed, efficiency, and scalability of the network. 2.0 is, undoubtedly, a step in the right direction for Ethereum, but there is still time for the same to go live on the mainnet. In the meantime, other solution providers like Arbitrum are helping Ethereum connect all three dots.

Wait… What is Arbitrum?

Arbitrum is essentially an L2 solution that has been designed to enhance the capabilities of Ethereum smart contracts. It does so by adding additional privacy features and boosts their speed and scalability. The platform is designed to allow developers to run unmodified EVM contracts and Ethereum transactions on a second layer and parallelly merit from Ethereum’s L1 security.

Launched on the mainnet less than three weeks ago, Arbitrum is already on a record-breaking spree. With every passing day, the total value locked up on the platform has only been soaring higher. In the past week alone, for instance, the TVL has witnessed an exponential growth of more than 2000%.

What’s more, Arbitrum accounted for 73.75% of the cumulative $3 billion locked on Ethereum’s layer-2 network, at press time. Second-layer decentralized exchange dYdX was right behind Arbitrum in the queue and accounted for 10.89%.

In the initial few days, a fair share of capital flowing into the L2 platform seemed to be coming from so-called ‘Ethereum Killers.’ For example, Blockchain Investor’s James Spediacci, on 12 September, highlighted that as Arbitrum’s TVL surged, the value locked on Solana, Fantom, and Harmony’s bridges plunged by 58%, 36%, and 62%, respectively.

However, on 17 September, things seemed to have changed. The value locked on the aforementioned three platforms managed to recover from the dip. In fact, as per data from Dune Analytics, they all had climbed up a step higher on the rankings chart too.

Here, it is worth noting that almost all the bridges have made their presence felt in the ecosystem within a very short span of time. Solana’s Wormhole, for starters, was launched only in August but has already managed to secure a position for itself in the top 5.

Now, this clearly highlights the competitive L2 environment into which Arbitrum has stepped. 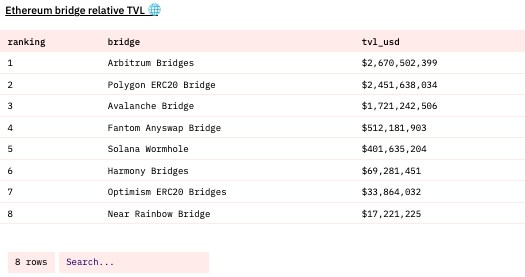 The aforementioned yield farming platform enticed investors by offering them a phenomenally high return for staking its native token. The exhilaration was, nonetheless, momentary. NYAN ended up shedding more than 90% of its value during the early hours of 12 September.

What’s more, the downfall didn’t stop there. The USD/NYAN pair was valued at merely $0.4, at the time of writing. Owing to the price freefall, the amount locked on ArbiNYAN witnessed a dip from $1.6 billion to $38.6 million in just a couple of days.

Wavey, a pseudonymous DeFi farmer, took to Twitter to highlight how the sudden withdrawal of Ether worth over $640 million from one of Curve’s pools had created an arbitrage opportunity through slippage. As such, the aforementioned pool had 525.4k ETH when the NYAN farm launched.

However, right after the crash, the pool had only 331.2k tokens left, highlighting the instantaneous migration of liquidity onto Arbitrum.

Further, the rumors of a potential token airdrop also managed to stir in excitement and attract additional liquidity to the platform. However, it is worth noting that Arbitrum doesn’t have any native token of its own.

Leaving the aforementioned factors aside, a substantial portion of the TVL growth has been quite organic and, in retrospect, a host of new people have been testing Arbitrum’s waters of late.

By and large, Arbitrum’s transaction fee remains quite low when compared to Ethereum. As a matter of fact, when the speed limit is raised, the fee has the scope to reduce even further.

However, it should be noted that Arbitrum isn’t running at its full capacity yet. The transaction speed will come into play only when there is more demand than capacity.

Consider this – When Arbitrum’s adoption rate further increases, the congestion would also parallelly rise. In hindsight, the platform’s gas price would inevitably spike using the EIP-1559 gas auction mechanism. Only at such a stage when the speed is increased, the fee would end up dropping.

In fact, one of Smart Content’s authors highlighted the same in a recent Twitter thread. He asserted,

“Arbitrum’s speed limit is currently set to match the throughput of Ethereum and will increase over time as the chain is tested in production more… Super bullish on Arbitrum and Rollups.”

People who are using the platform at this stage hardly have any complaints with respect to both, the fee and the speed. 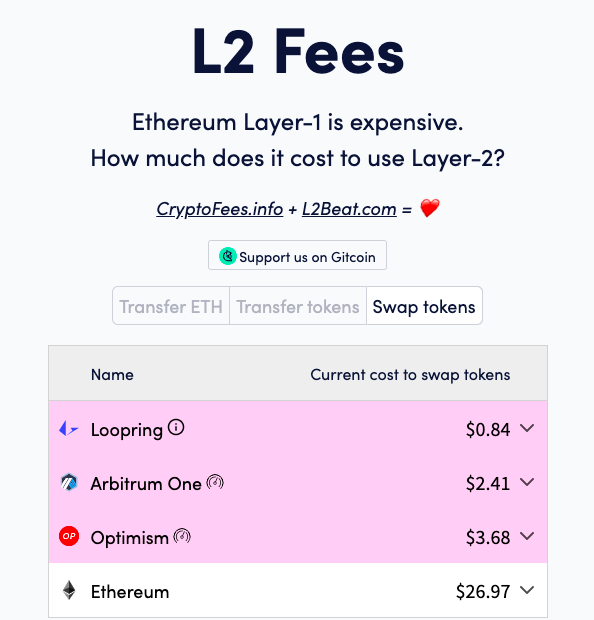 The crypto-space has no doubt warmly welcomed Arbitrum. Despite the hype and hoopla, it shouldn’t be forgotten that the solution is still in its infancy and is pretty prone to hitches. For instance, the platform experienced an outage quite recently and, in essence, the block validation process was hampered.

Furthermore, right from stableswaps to launchpads and stablecoin support, Arbitrum is still missing a few key primitives. With time, the gaps would eventually get bridged. Until then, the platform would remain exposed to the unadorned competition from pre-existing solution providers.

Next, even though being completely decentralized has always been a part of Arbitrum’s plan, it should be noted that it is still not there yet. The team [Offchain Labs] right now has a fair share of control over the network and has taken quite a congruent approach to that of other scaling solutions like Polygon and Optimism.

However, Arbitrum does have the faculty to maintain upgradability, and that is an added advantage on any given day. Additionally, the solution’s smooth compatibility with dApps [that are designed to run on Ethereum] has the potential to act as its trump card.

Well, non-crypto-savvy people subliminally assume that the L2 playing field is a fixed pie and the more slices [adoption] a particular solution gets the fewer are left for the rest. The logical error largely stems from the misconception that the success of a particular platform would come at the expense of others.

Duhhh, there is no fixed pie per se!

Arbitrum’s launch is a testament to how novel roll-ups can take the market by storm. In the coming months, as more solutions go live, the space would become even more avant-garde. The market, hence, needs to be prepared accordingly. Users, at the end of the day, would face a good [selection] headache.

Riding on the back of L2s, lo and behold, decentralization would emerge victorious.