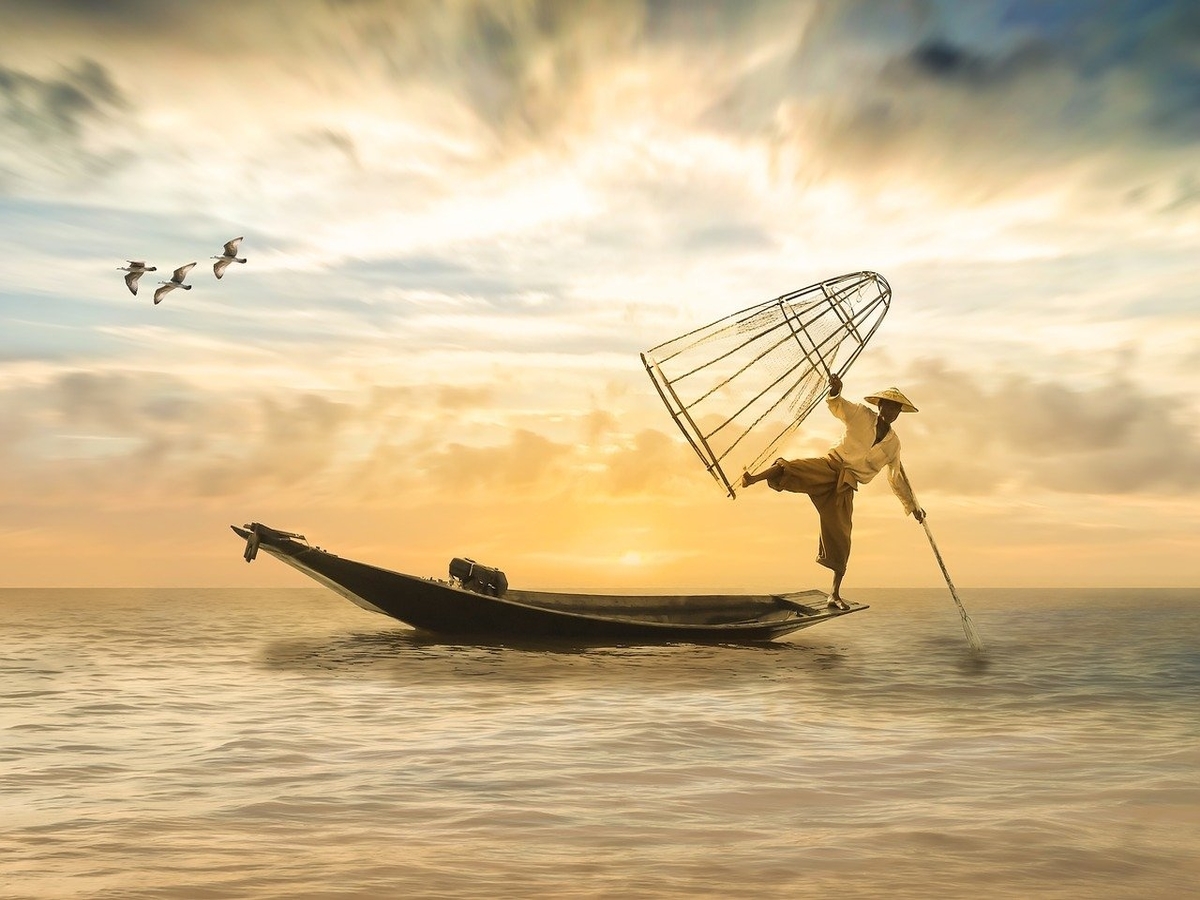 Owing to China’s latest crackdown announcement, the entire crypto-market has been on a slippery slope over the last few days. The negative price reactions on the charts were almost inevitable. However, four days down the line, the situation seems to have cooled off somewhat. In fact, most coins are now desperately trying to get back on track.

Ethereum’s price has, however, dipped by an additional 5% over the last 24 hours. Nonetheless, there seemed to be a ray of hope, at the time of writing.

Until recently, institutions were washing their hands of major assets, including Ethereum. In effect, digital asset products associated with these coins saw substantially high outflows. Market participants from different gamuts, however, encashed the recent FUD situation and ended up buying the dip. In fact, institutional and retail buying has been going hand-in-hand of late.

However, the narrative began changing this month, one that only solidified last week as Ethereum inflows rose to $29 million. 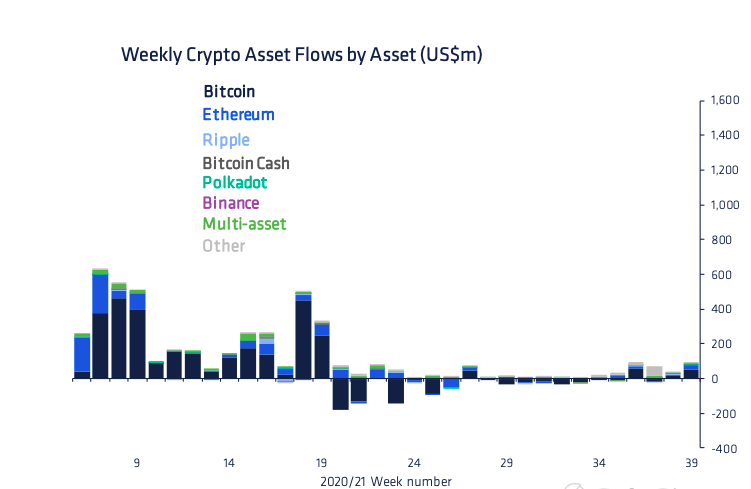 Parallelly, the amount of Ether staked on 2.0 has also been rising, despite the recent 6% drop in staking rewards. The number of staked tokens was, in fact, at its ATH of 7.7 million, at the time of writing. This essentially underlined the fact that HODLers are quite satisfied with whatever passive income they’re earning.

In effect, the same has acted like a demand driver.

Further, the amount of supply last active [3y-5y] just hit a 21-month low. As coins become less active, they’re considered to be illiquid and are more likely to remain in cold storage. Looking at the broader trend, it can be inferred that there is no spot-side selling pressure. 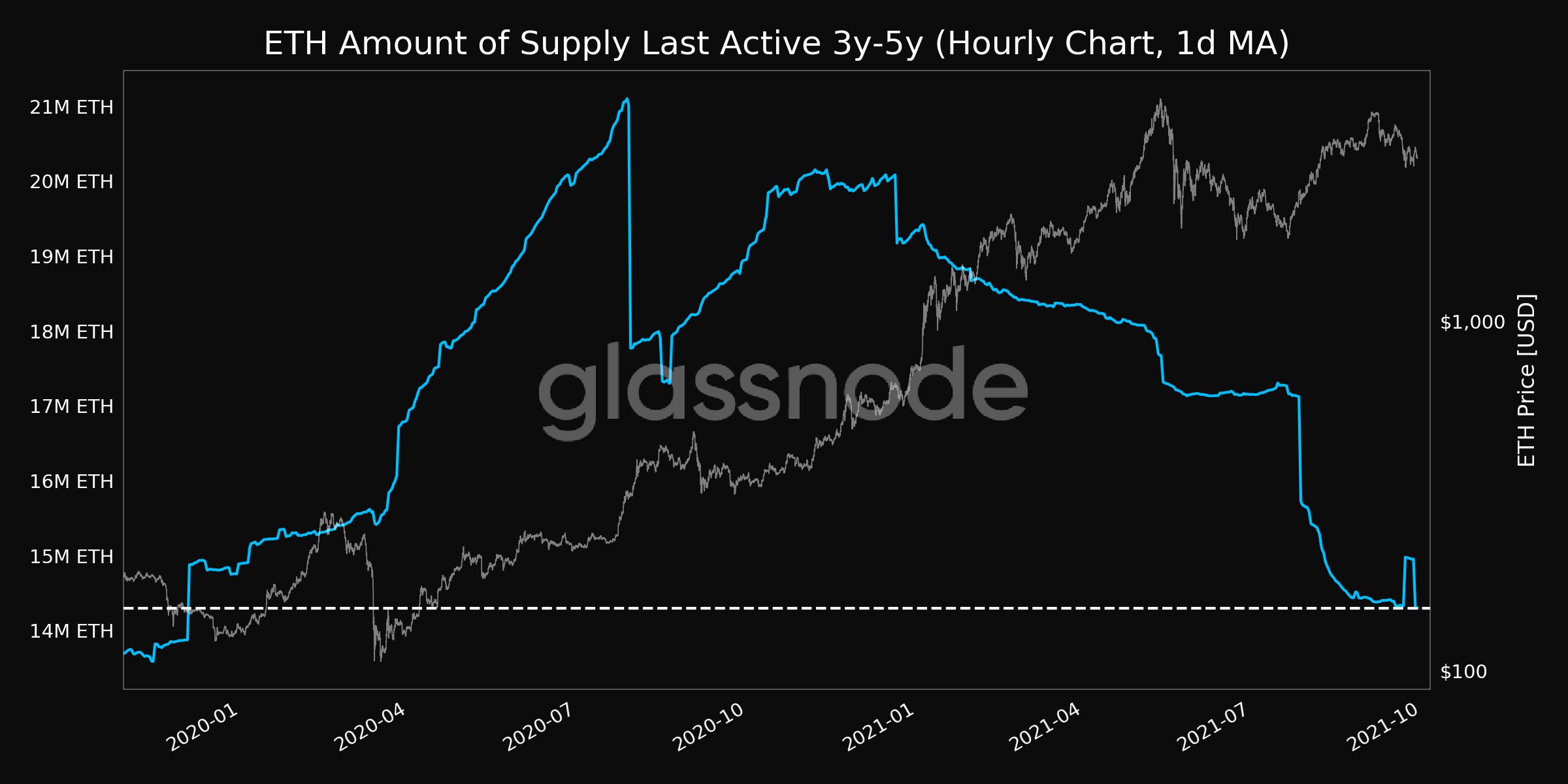 Additionally, the number of addresses HODLing more than 1k coins just touched a 1-month high. The size of the holdings makes it quite clear that big players, including whales and institutions, are fetching their nets and buying the dip.

Retail investments have also been increasing of late. The hike in the number of HODLers with more than 0.01 ETH is a testament to the same.

This buying pressure is all that the Ethereum market needs at this point. If the aforementioned trend sustains itself in the near future, Ethereum’s price would end up reacting positively.