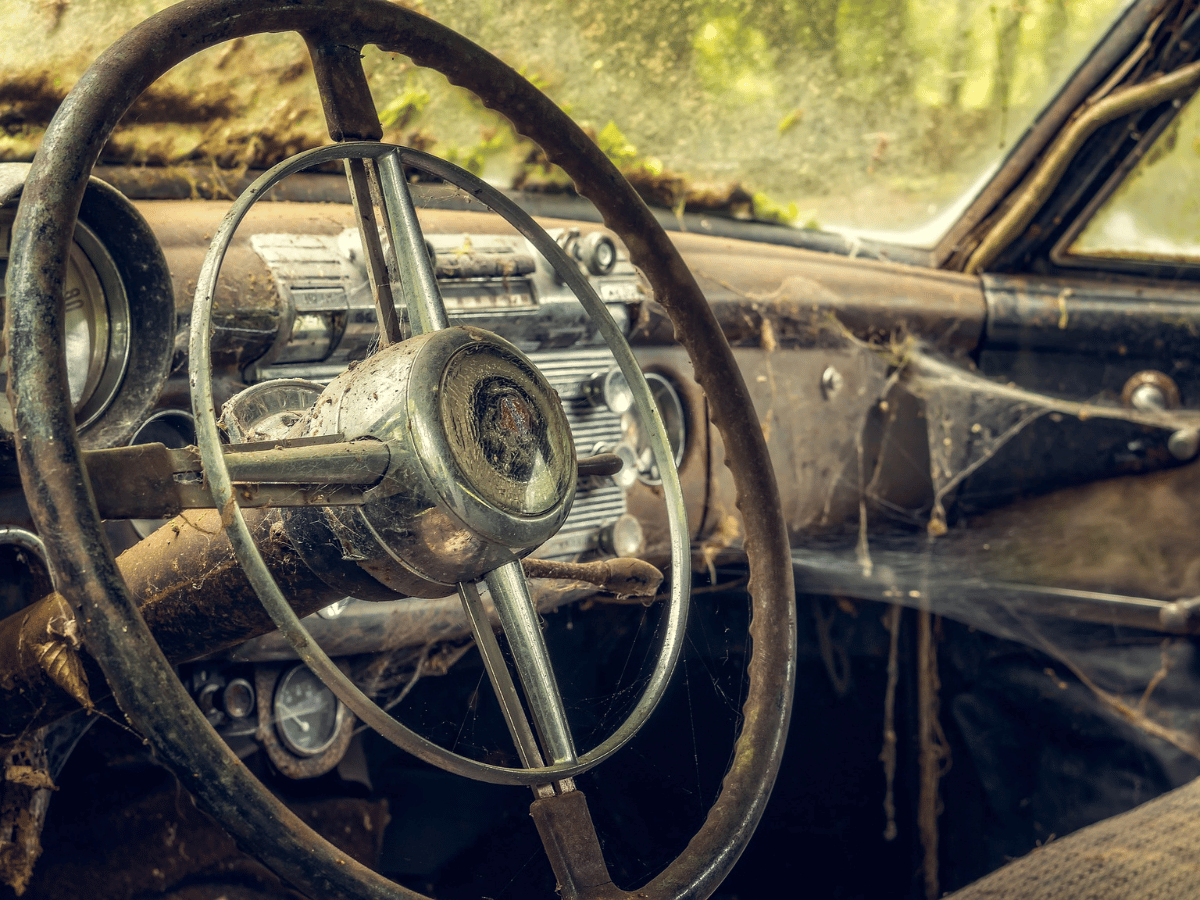 USDD, the decentralized stablecoin of TRON [TRX], lost its peg to the dollar on 11 December, Eliosa Marchesoni revealed. The stablecoin, a product of Justin Sun’s ambition to have a widespread impact in the market, declined to recover.

According to Marchesoni, a tokenomics expert and advisor, the dip affected TRON’s receive collateral and Curve Finance [CRV] pool.

4/
👉🏻 $USDD (@justinsuntron's Terra/LUNA clone) just dipped below the $0.97 depeg threshold they set, while the reserve collateral and Curve pools are being drained. pic.twitter.com/qeM3ZbvHSo

Is TRON taking the Kwon route?

Evidently, this was not the first time that a stablecoin depegged from the dollar. There were a few instances where Tether [USDT] did the same. For USDD, this was the first depeg since June 2022. The difference was, however, that USDT’s recovery was swift, as it did wait almost 24 hours. With the rocks hitting the market, it was normal for investors to worry.

In response to the depegging, TRON’s founder, Justin Sun, said that USDD’s collateralization was 200%, and the community could access the information via a link he attached to the tweet.

In case anyone ask about #USDD, it is 200% collateralized ratio on https://t.co/bQwdLAEw0B. You can check all live data on blockchain 24*7. 😎 pic.twitter.com/whbJrKpMoh

The founder went on to emulate Terra Luna [LUNA] founder Do Kwon’s tweet of “deploying more capital’’ to prove that all was well with USDD. However, he attached proof of adding more liquid assets to the reserves. Details from Etherscan‘s transaction showed that Sun personally added about $1 million to the pool.

Following the input, CoinMarketCap showed that USDD’s volume surged 80% in the last 24 hours. However, despite the increase, the stablecoin continued to hang around $0.97.

Comments under Sun’s tweet revealed that quite a number of investors did not find the humor in the “joke,” especially as it was something similar that influenced the market capitulation in June.

TRX: Oblivious of whatever is happening

Regardless, TRX continued to float around $0.05. At press time, TRON had lost 3.58% of its previous day’s value. Per its price action, TRX had the potential to be negatively impacted by USDD’s shenanigans, as indicated by the Directional Movement Index (DMI).

Based on the four-hour chart, the DMI revealed that sellers had the upper hand. This was because the -DMI (red), at 26.16, dominated the +DMI (green), which was far below at 8.99. Moreover, the Average Directional Index (ADX) supported an extended run of seller control.

At the time of writing, the ADX (yellow) was 27.33. A simplification of the projection was due to the indicator being above 25. In a situation like this, the ADX signaled strong directional movement. Besides, the Money Flow Index (MFI) suggested restricted liquidity flow in recent times. 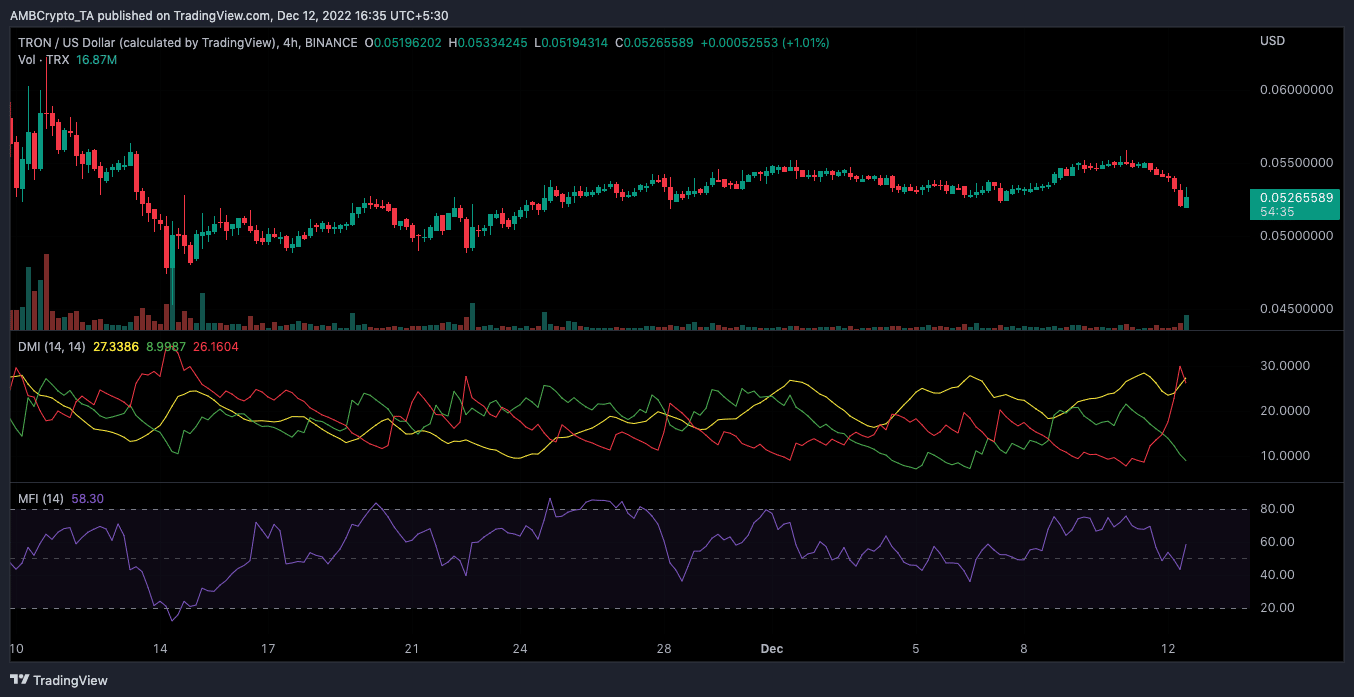 Can this Cosmos development push ATOM towards a bullish 2023

BNB surpasses ETH on this front, but can Binance Coin investors truly rejoice