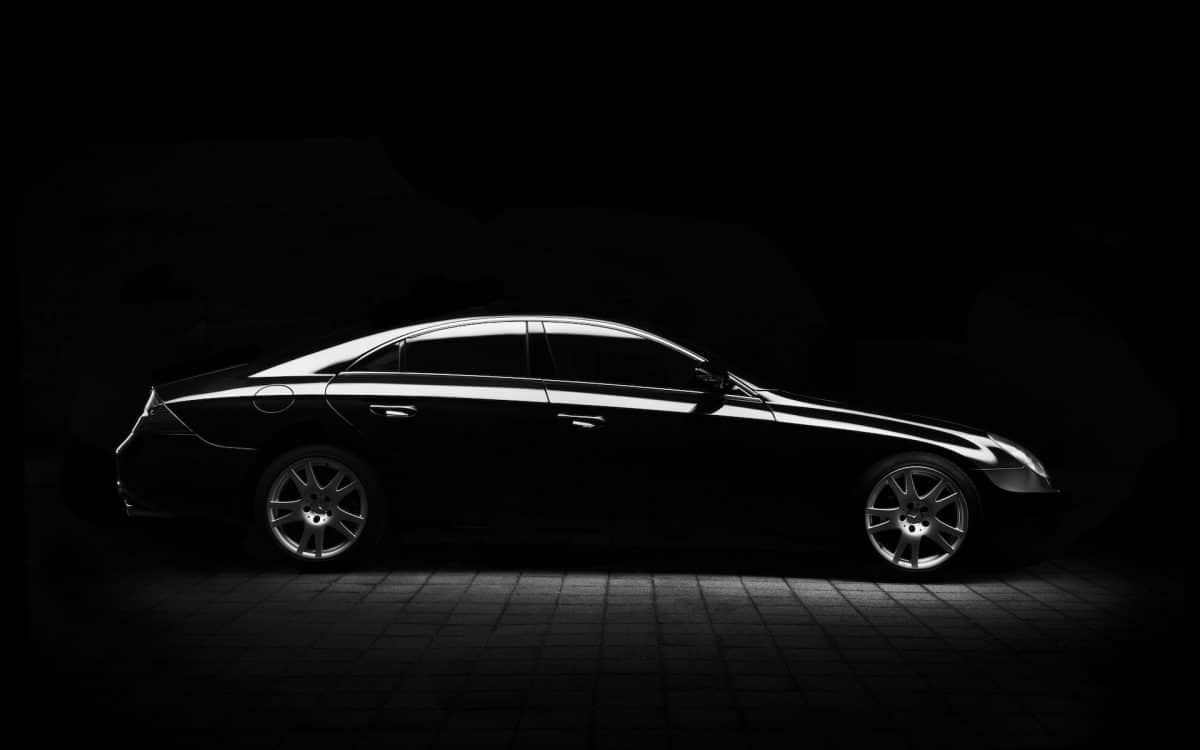 TRON [TRX] recently ranked the second highest in total value locked (TVL), with Ethereum taking the first spot. Therefore, it shouldn’t be surprising that its native token, TRX, has made 6% gains since 17 December.

However, at press time, TRX had hit a significant supply zone that limited its capacity to offer more gains to investors. It was trading at $0.05496 and could face intense opposition from the further uptrend, given the selling pressure that could come from this short-term supply zone.

Can the TRX bulls bypass this supply zone? 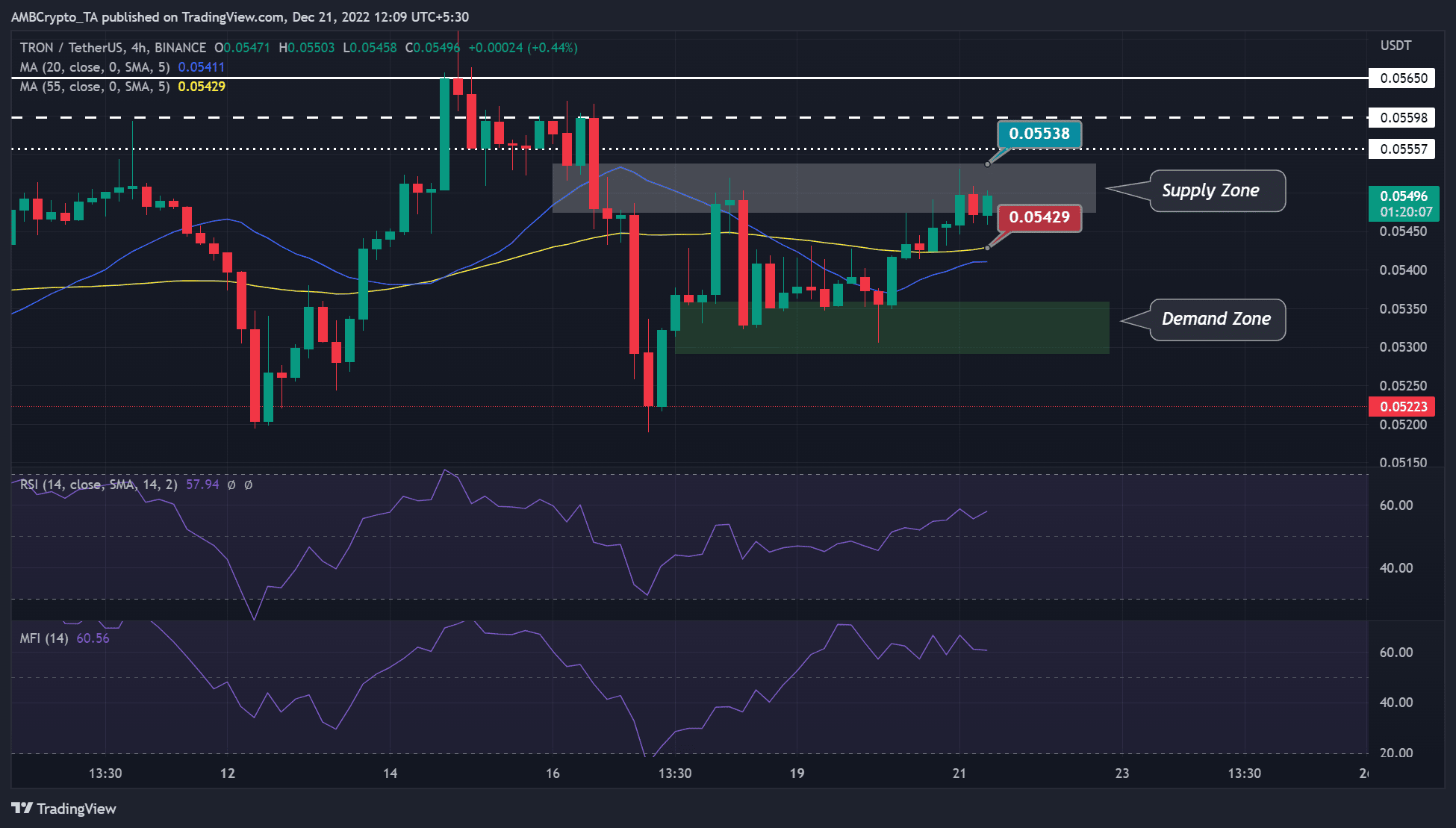 The 4-hour chart showed interesting trends from technical indicators worth noting. First, the Relative Strength Index (RSI) had made higher highs and was shy of the 60 units level, above the 50-neutral mark by 10 points. This showed that bullish momentum had increased in the past few hours.

However, the Money Flow Index (MFI) also recorded a steep rise, followed by a zig-zag with a gentle slope upwards. This showed that accumulation had increased in the past few hours but was followed by minor distribution sessions (zig-zag part).

Therefore, the market leaned toward buyers at press time, but selling pressure was also imminent, given the supply zone. Thus, TRX bulls can hit the outer boundary of the zone at $0.05538 or slightly push above $0.05557.

However, if sellers push bulls out of the supply zone, it will invalidate the above bullish bias. Such a downward pressure could see TRX settle at the 55-period Moving Average (MA) level of $0.05429.

TRX recorded a decline in development activity and trading volume

According to Santiment, TRX’s development activity declined sharply, as did the investors’ confidence in the asset- shown by negative weighted sentiment.

However, it is worth noting that the sentiment improved slightly with the recent rally and increased prices.

Nonetheless, the development activity dropped even deeper by the time of publication. In addition, the trading volume declined, too, indicating a price-volume divergence. The decline in trading volume could undermine further buying pressure and initiate a price reversal.

Could these conditions undermine further uptrend past the short-term supply zone? Only time can answer.

BitDAO: All about the $100 million buyback proposal that led to…