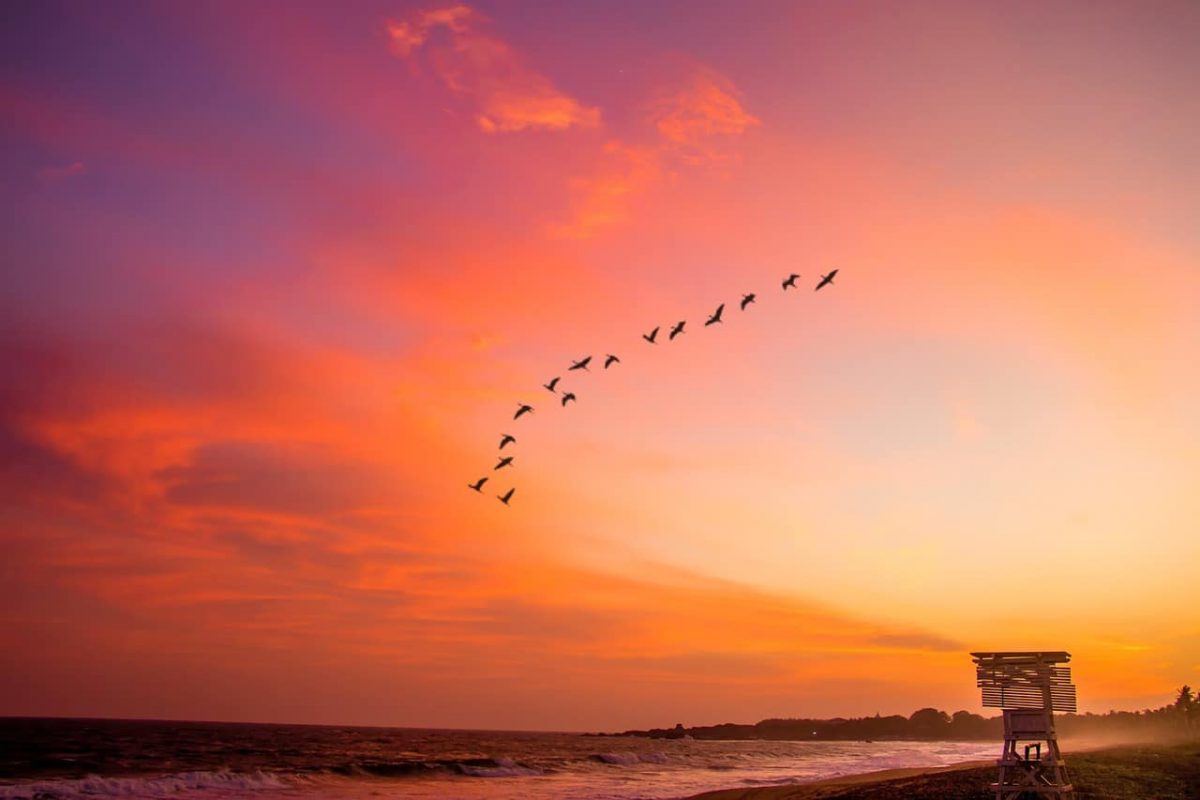 Chiliz [CHZ] saw a huge surge in trading volume over the previous day. According to CoinMarketCap data, the daily trading volume soared from $270 million a day over the past week to $702 million on 30 October.

A recent article highlighted how the $0.18-area is a zone of support. CHZ dipped well under this higher timeframe bullish order block. The $0.16 support level saw buyers finally arrive in the markets.

Surge in volume alongside a strong move north 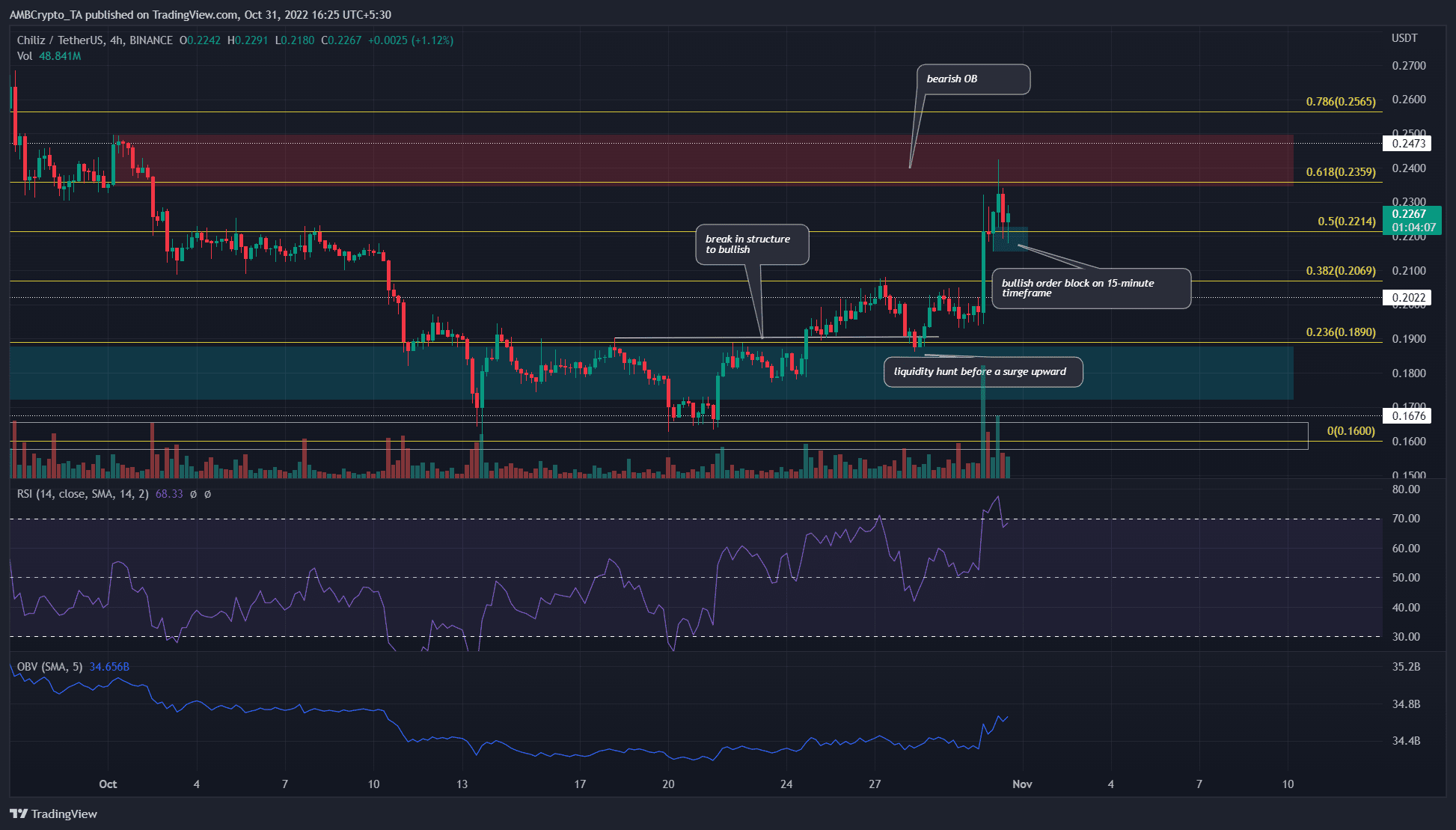 To begin with, the drop below $0.17 was quite discouraging for the buyers earlier this month. CHZ was forced as low as $0.16 in mid-October. Bitcoin traded at $18.6k at that time and threatened to drop below $18k. However, the price of BTC and CHZ soon took a bullish turn.

The higher timeframe structure was flipped from bearish to bullish after CHZ broke above the $0.19-mark and retested the same as support. Over the past three days, following this break in structure, the price was able to post gains of close to 30%.

A lower timeframe (15-minute) chart was analysed, and earlier on the day of publishing, a bullish order block was spotted. At the time of writing, the price had retested this order block and saw a good bounce at $0.216.

The 4-hour chart showed the RSI to climb well above 60 to outline bullish momentum. The OBV also saw gains in recent days to reveal that buying pressure was significant.

A revisit to the $0.24-zone could see CHZ break out or consolidate for a while, before making a breakout attempt. A breakout and retest of the $0.25 level can, in that scenario, be used to enter a long position targeting $0.28.

Positive funding rate alongside a huge spike in deposits

The funding rate was positive on Binance, and has been so for the past few days. This followed the break in market structure to bullish and the subsequent rally.

Hence, speculators have been bullish on Chiliz recently. Can this remain true even as the price heads into a hefty band of resistance? There was an enormous spike in the deposits of CHZ to exchanges during this rally. Was this a sign that sellers were rolling up their sleeves in preparation, or can buyers absorb the selling pressure?

Traders can look to buy the retest after a breakout past the $0.24 region or a revisit to the $0.213-$0.218 region in the coming hours. A breakout past $0.24 need not occur immediately. Instead, the price could also consolidate and constrict within that area before another leg north, provided Bitcoin also sees bullish momentum.

Avalanche: Investors looking for short-term gains must keep a close eye on AVAX