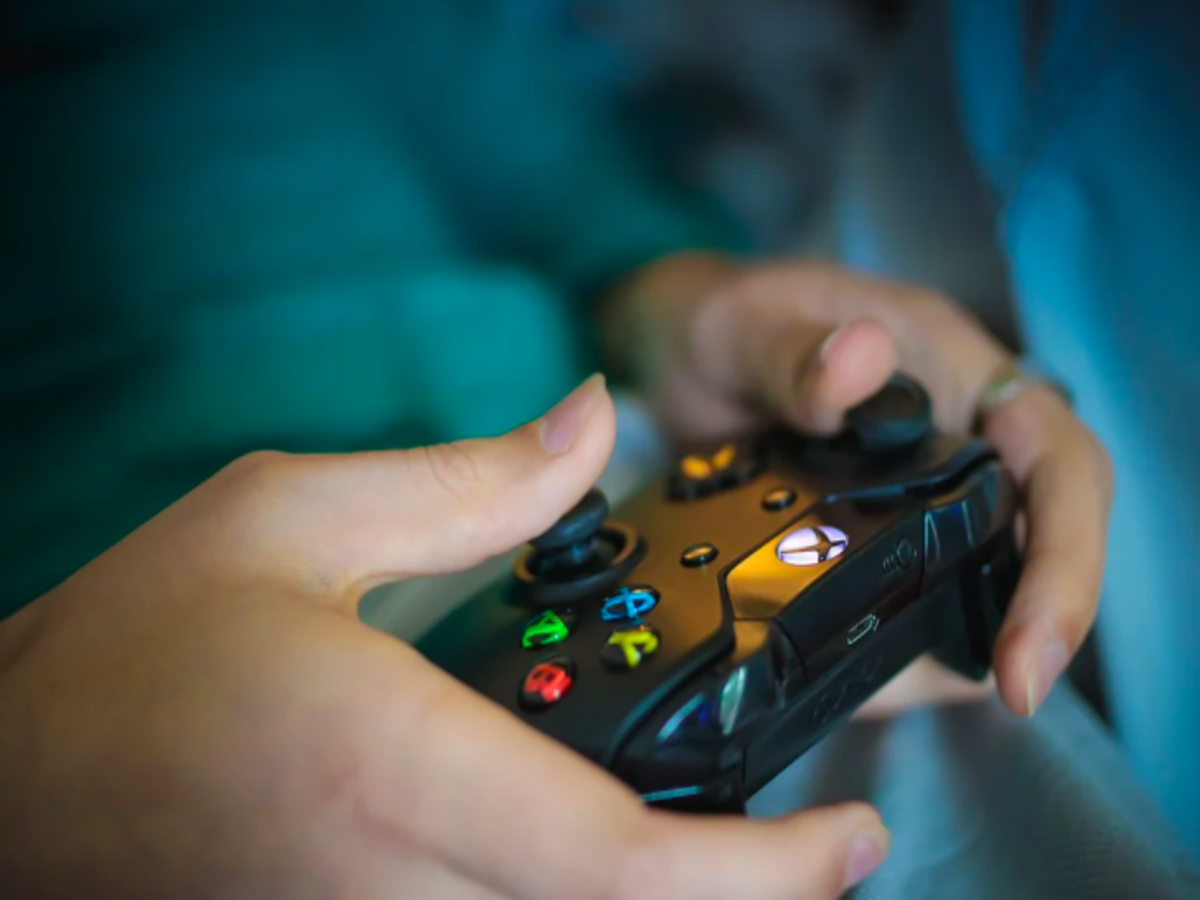 Bitcoin and Ethereum haven’t yet completely recovered from the recent pullback. With the top coins trading in red at the time of this analysis, the market looked slightly choppy.

Amidst the not-so-pleasing state of the market, gaming tokens have fairly been doing well. In fact, they’ve been outperforming the broader market for quite some time now.

The gaming token season was, as such, kick-started with AXIE’s massive appreciation in October. Post that, the baton was handed over to SAND and MANA, who in turn, went on to create new highs all along the initial two-and-a-half weeks of November.

All three of the aforementioned coins have sort of stepped into their correction phase now. Over the past day, they’ve either appreciated by under 2% or have lost value.

At the time of writing it was noted that the gaming token list had a new entrant in the top-5 – GALA. As per CMC’s data, this coin has shot up by more than 400% over the past week and close to 30% over the past day.

In effect, GALA managed to displace one of the oldest gaming tokens, ENJ, on the list. Until recently, it seemed like Enjin Coin had cemented a position for itself in the gaming space, but newer projects have been outperforming it on several fronts.

Thus, it wouldn’t be wrong to claim that older gaming tokens are losing shine and getting rusty with time. In effect, the limelight falling on newer tokens, like GALA, makes complete sense at this point. 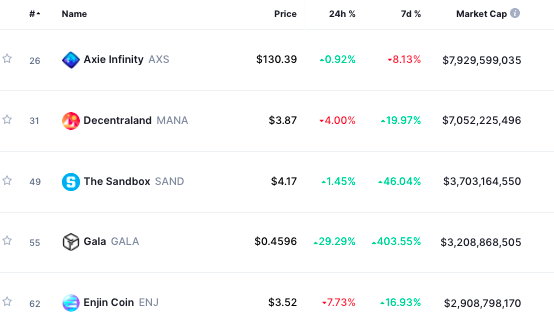 Before proceeding further, it becomes crucial to first know what the GALA token and Gala Games are all about.

Gala Games, as such, its a decentralized gaming platform that allows people to build and run their own games. Gala Games, as such, isn’t a single game, but rather offers an entire gamut of different blockchain games to players. Users of the platform usually play these games and consequentially win rewards for their victories.

The GALA token, in retrospect, serves as a utility token and is used to purchase items in the game.

Time for GALA to shine brighter

So now, after massively rallying over the past week, would GALA continue rallying on the charts? Well, as per the state of the token’s metrics, yes.

GALA’s network activity has improved drastically over the last few days. The number of active addresses, for instance, have been making consecutive spikes on the chart. In fact, the same recently went on to surpass mid-September highs.

The rising crowd interaction is indicative of the brewing interest of market participants with respect GALA. In fact, at the time of writing, this metric was seen at its ATH level.

The coin’s velocity has become less turbulent on its chart over the last few days. By and large, this is a healthy sign. A turbulent landscape on the velocity chart is usually succeeded by corrections on the price chart. But, steady velocity levels more often than not, pave the path for further rallies.

As expected, the average balance was also seen at its $357.6k ATH level at the time of writing. Now, when the aforementioned dataset is coupled with the depleting supply on exchanges, it can affirmed that the buy-side bias is still present in the GALA market.

So, if all the trends end up heading in the same direction over the next few hours, GALA would likely be able to continue setting new records. 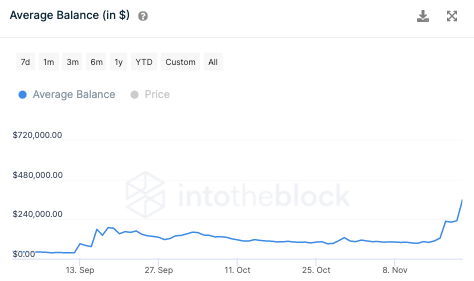 Now, even if the stone is thrown a little further, GLA’s prospects seem to be fairly good.

A major update in is set to take place in January next year, and the same, according to community members, would end up aiding the price rally even further. Thus, if Gala Games remain to be relevant with time, the underlying GALA token would directly benefit from the same.

Related Topics:GALAGala GamesGaming tokens
Up Next

What explains $1.8B business between Ethereum-Ronin-Katana-Axie Infinity