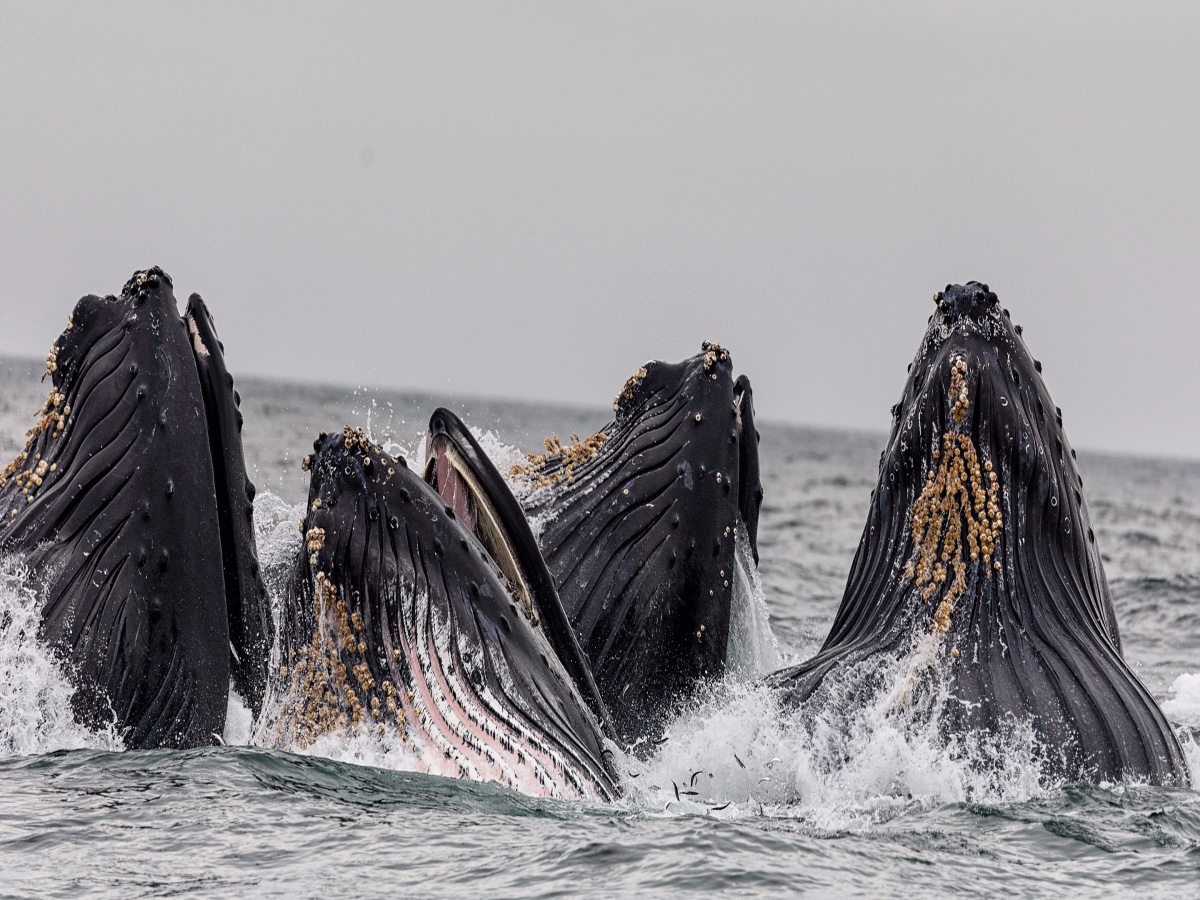 After China’s crackdown on crypto transactions, exchanges began to limit their services for China-based users. FUD rapidly spread and many traders began to wonder what penalties they might face for violating the latest ban.

Around the same time, the normally calm weekend saw a frenzy of Bitcoin and Ethereum whales moving their coins from addresses the crypto exchange, Huobi, which was founded in China.

The Whale Alert Twitter account sounded the alarm as Bitcoin whales moved around 22,000 BTC or about $952,215,000 (at press time) from the Huobi exchange, to other locations and unknown wallets. The transfers began around 26 September at 03:43 UTC. 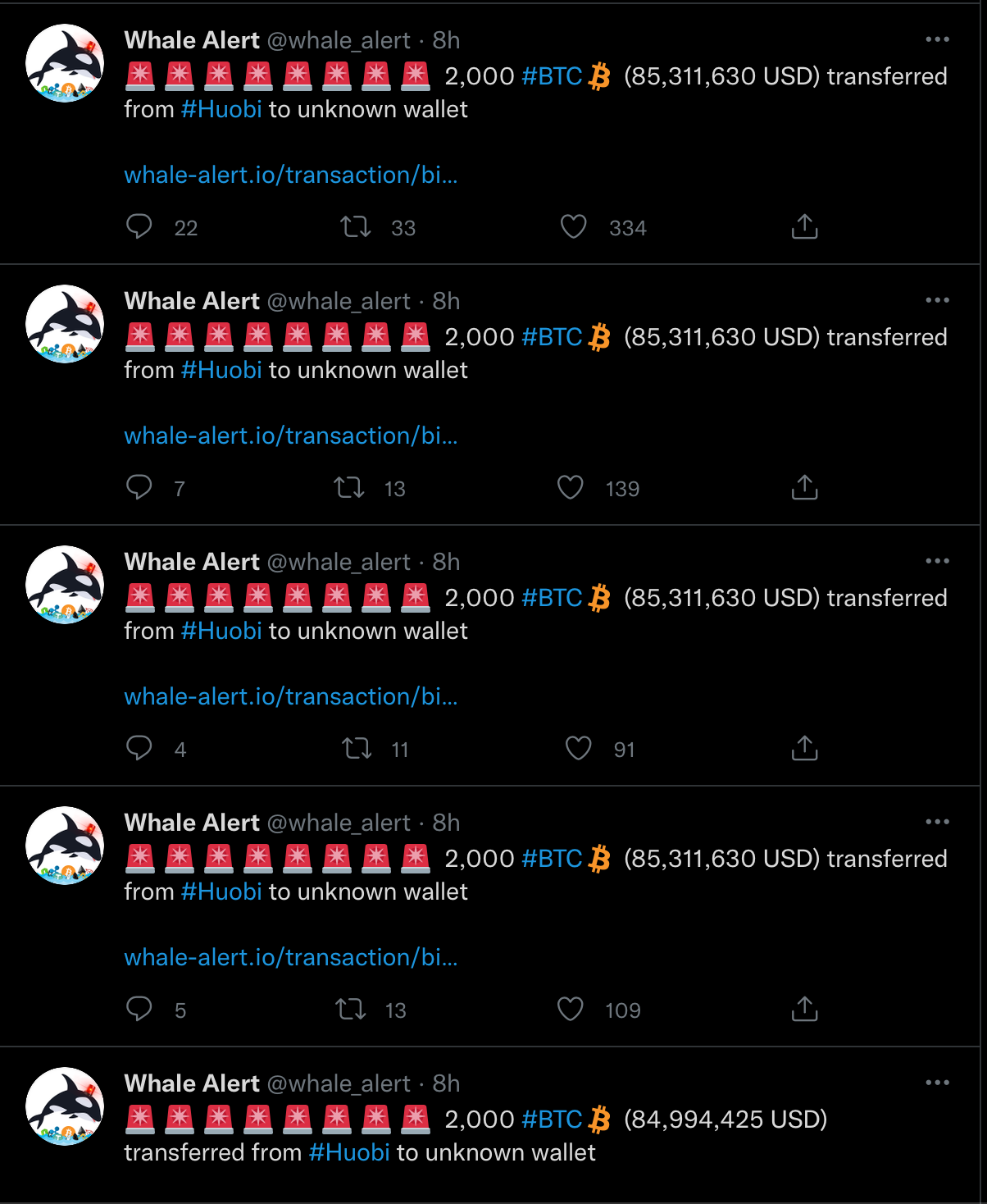 Though there were a number of high-value movements, they mostly came from a few wallets making repeated transfers. 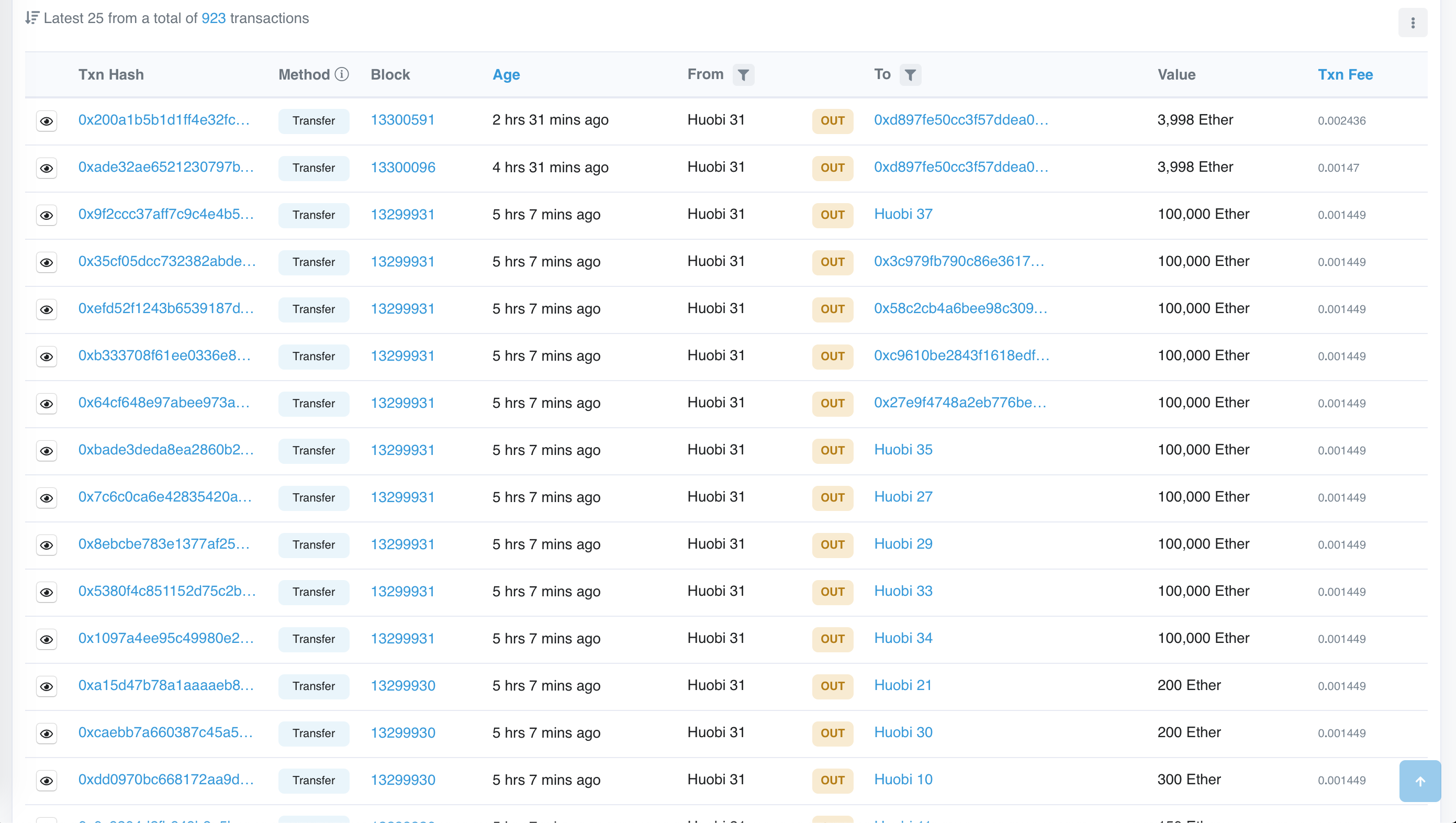 However, the whales aren’t necessarily hodling [or hiding] their coins. Glassnode data showed that Ether exchange inflow volume just reached a one-month high of 12,342.276 ETH, based on the seven day moving average.

In August this year, Huobi saw an inbound transfer of $740 million in Bitcoin. However, the more recent whales have moved far more in Bitcoin and Ether through the exchange and off it.

Looking at China’s latest ban, investment strategist Raoul Pal suggested that the move could have been a way to clear the crypto scene before the country’s launch of the digital yuan. China’s CBDC has entered the pilot stage, with four cities taking part in the trial. The government is aiming to launch the digital yuan in time for the Beijing Winter Olympics in February 2022.

In an announcement, Huobi Global stated it had “ceased account registration for new users in Mainland China” and would  “gradually retire existing Mainland China user accounts” before 2022. Binance has also stopped users with Chinese phone numbers from signing up. Binance, Huobi, and OKEx had been previously blocked by Chinese search engines.