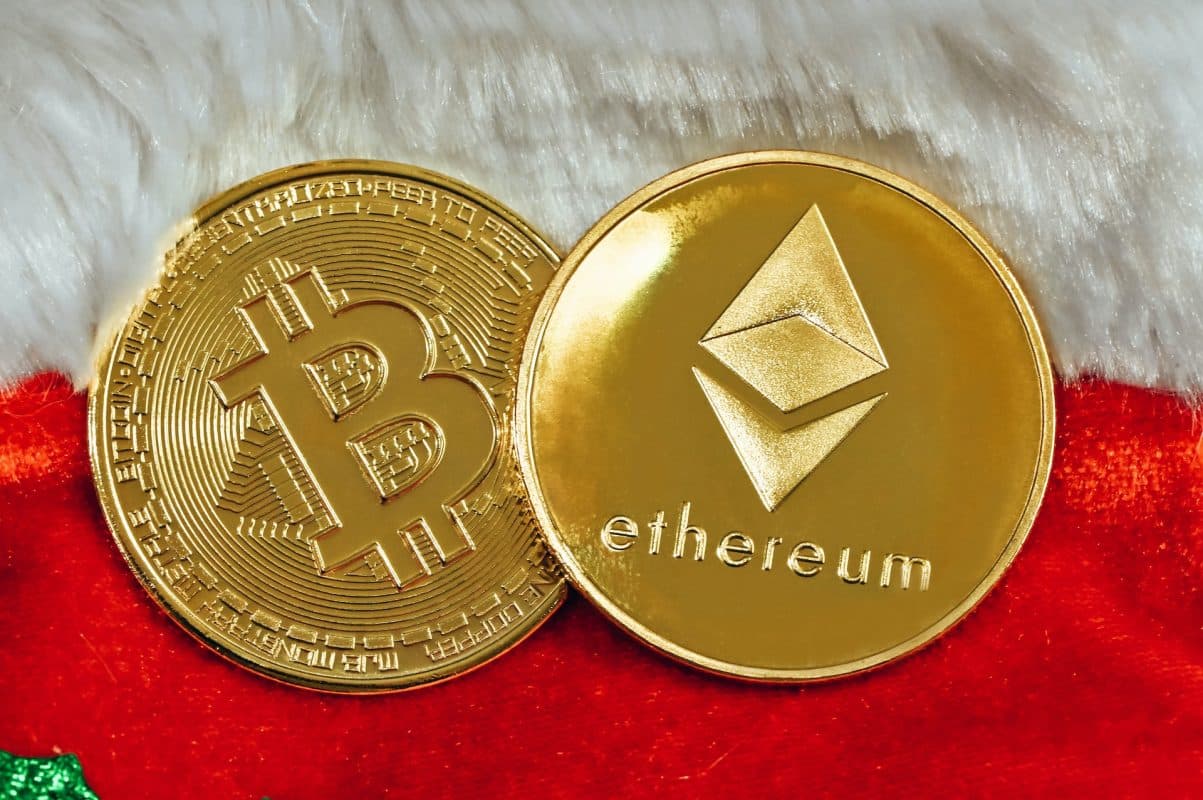 Ethereum’s much-anticipated Merge didn’t create the expected fireworks across the board in terms of ETH’s price action. In fact, Ethereum enthusiasts also discussed the ETH:BTC ratio at length in the past in tandem with “the flippening”. A hypothetical event that would see Ethereum overtake or “flip” Bitcoin’s market capitalization.

However, that seems like a far-fetched reality given the current soup ETH has found itself in.

From highs to lows- what changed?

The ETH:BTC ratio, once raging high, seems to have dropped to an extreme-low level as highlighted on Santiment, a famed crypto platform. Herein, ETH’s ‘shark’ and ‘whale’ addresses (holding 100 to 1 million ETH) have dropped 3.3 million ETH in the last five weeks only. 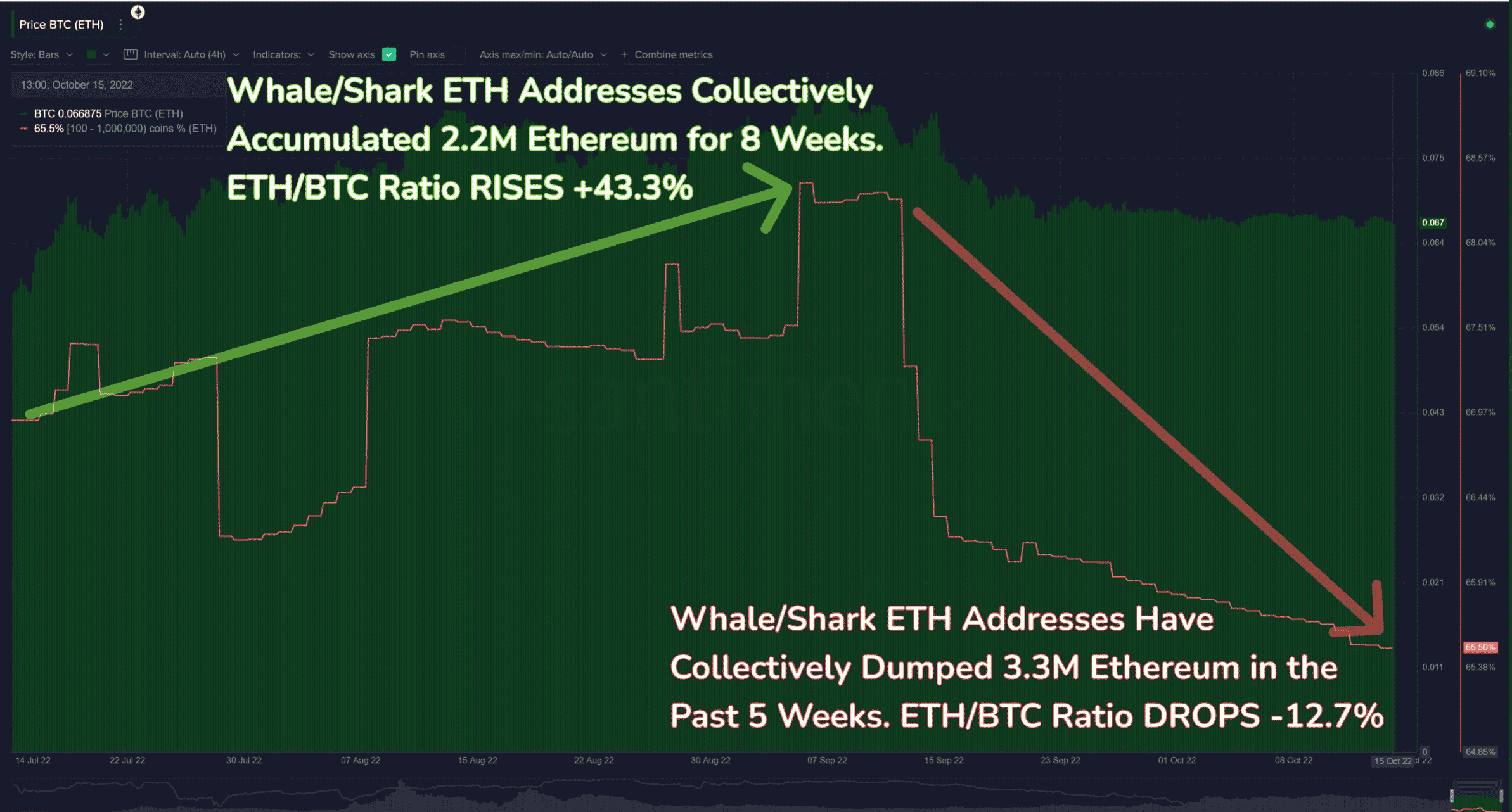 Now the question arises: Has the Ethereum’s shark and whale address accumulation and dumping “foreshadowed” its price movements? Well, certainly looks like the case. Considering the graph give above, Santiment added,

“This equates to about $4.2B in dumped coins. The asset’s price vs. Bitcoin has ebbed and flowed based on behavior of these key stakeholders.”

Overall, the fall was significant, but in order to throw more light on the demise, consider this narrative. When considering the beginning of September 2022, the ETH:BTC ratio climbed to a 2022 high.

Data from TradingView showed that the ETH:BTC ratio reached 0.084 for the first time since December 2021. This meant that the ratio jumped by around 58% from roughly 0.053 in mid-July.

This lead against Bitcoin could be attributed to the hype for the Merge, the number two blockchain’s long-awaited Proof-of-Stake upgrade. But what happened now? A BIG question mark to say the least.

Well, even the holders might have asked the same question given the fact the HODLing number had declined. As per Glassnode, ETH number of addresses holding 100+ Coins reached a one-month low of 45,366. This was evident from the graph below.

In addition to this, looking at the technical front, ETH witnessed a never-seen-before surge in censorship as over 50% blocks created over the past day. These blocks came under the purview of the U.S. Treasury Department’s Office of Foreign Assets Control (OFAC) following compliance recommendations.

Now, needless to say, such bearish condition(s) would indeed induce a similar fall for the largest altcoin. ETH, at press time, continued to see a red sign as it traded at $1,280 on CoinMarketCap.

Despite a bearish narrative all along since its inception, ETH was able to recover from the dead. Could that be the case now? Well, nothing is impossible, remember?

As of 2021, ETH’s price managed to show relatively high sensitivity toward its Network Growth. Interestingly, over the last few days, its Network Growth hiked to match its November 2021 highs. On the contrary, the price action was yet to follow.