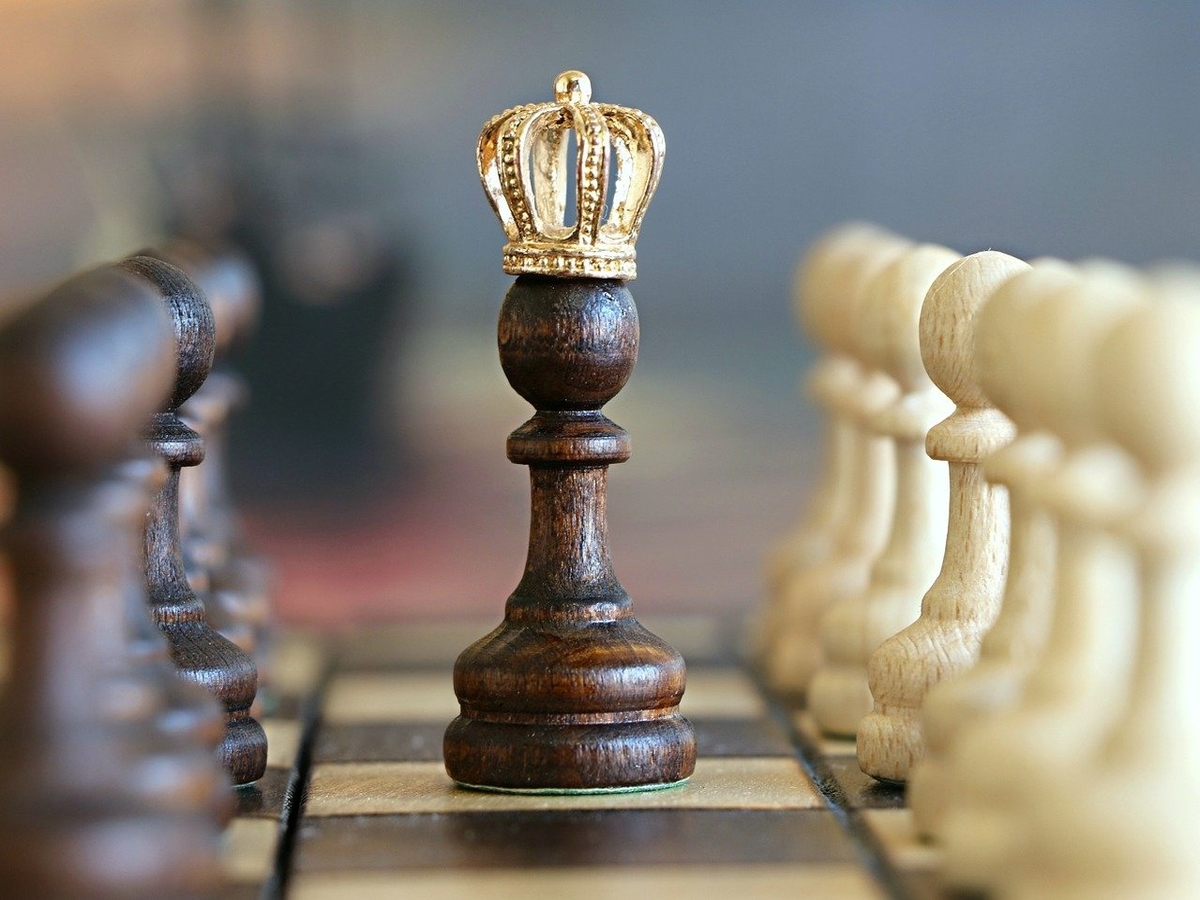 The broader crypto-market has been witnessing a relief rally of late. Despite some corrections at press time, the prices of most top coins seemed to be getting back on track on the charts.

Amidst the broader market drama, the battle between L1 and L2 solutions has also been intensifying. In effect, the price tug of war has been quite intriguing over the past month. Even though token holders have been handsomely rewarded over the aforementioned period, Ethereum, comparatively, has been struggling.

So, would the scenario change anytime soon or will ETH become redundant with time?

Layer 1 solutions have been getting back to the center of the crypto-stage. With the space getting even more competitive, tokens associated with such networks have been rallying lately. A few days back, Cosmos, Polkadot, and Tezos were the highlight, and now, the spotlight is back on altcoins like Solana, LUNA, Avalanche, and Fantom.

The recent funding programs launched by these networks have successfully been able to garner liquidity and attract new users to the ecosystem. As depicted in the chart attached, Solana, Fantom, Avalanche, and Terra have all seen notable TVL upticks over the past month.

Solana and Terra’s liquidity has been hovering around the $8 billion-mark of late. Fantom and Avalanche’s growth, on the contrary, has been quite steady. 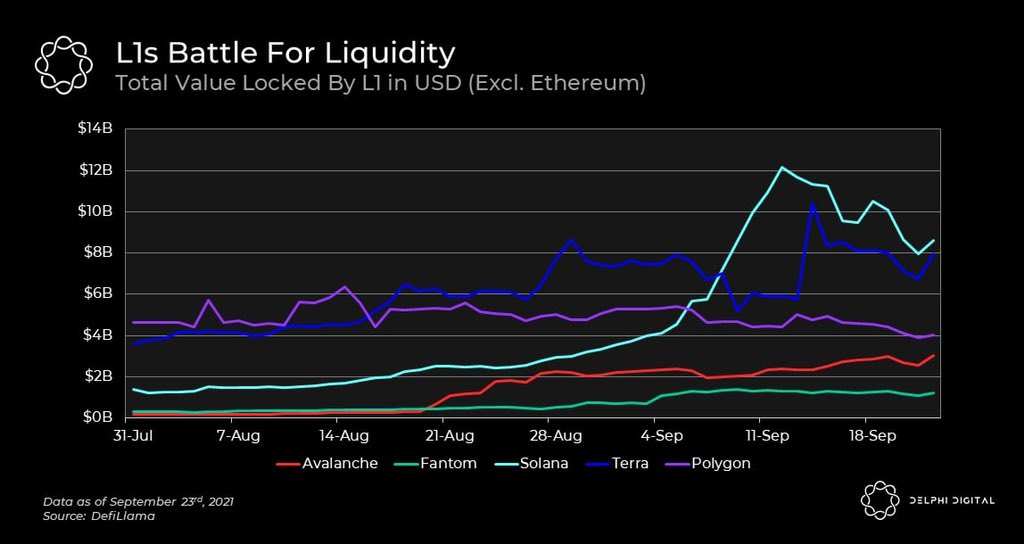 L2s solutions have undeniably been garnering mainstream traction of late. Arbitrum’s growth over the past few weeks, for instance, has been quite phenomenal.

However, the solutions, in conjunction, account for 1% of the total daily gas spent on Ethereum now. Optimism, along with Arbitrum, has led to the recent surge and accounts for 50% of the total L2 gas consumption. The cumulative rise isn’t a healthy sign as such, and the same might have triggered user migration to L1 networks.

Where does Ethereum stand?

When relative performance is compared, altcoins like Solana, Fantom, and CELO have been able to fetch HODLers over 100% returns over the past month. Other L1 tokens like NEAR, LUNA, ATOM, and AVAX have also been able to confer investors with fairly high yields.

Ethereum has evidently found it difficult to keep up with the aforementioned tokens. In fact, as can be seen from the following chart, ETH’s returns have been negative over the past month. 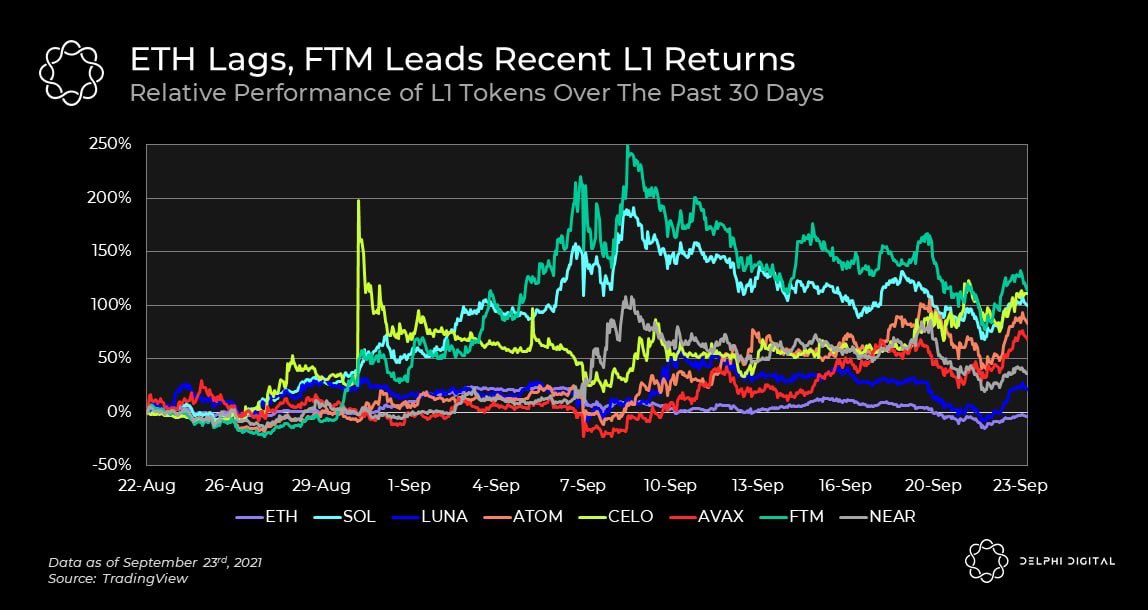 Even though numbers weave their own story, it shouldn’t be forgotten that Ethereum has its own advantage. The network, on its own, is largely secure. L2 solutions, on the other hand, prioritize transaction speed, confirmation time, and lower gas fees. In effect, they are more prone to attacks.

Other prominent L1 solutions too, like the ones discussed above, come with their own question marks. Even though a few have already started adopting Ethereum’s security model, it should be noted that their respective puzzles still have a few missing pieces.

Migrations and tradeoffs are essentially byproducts of emerging competition. Only if other networks are able to consistently deliver, they can thrive in the space. Else, Ethereum is set to remain the crowned prince.

Bitcoin: If you’re an investor, should consecutive red candles bother you

Tezos: Is the threat of another round of selling pressure real