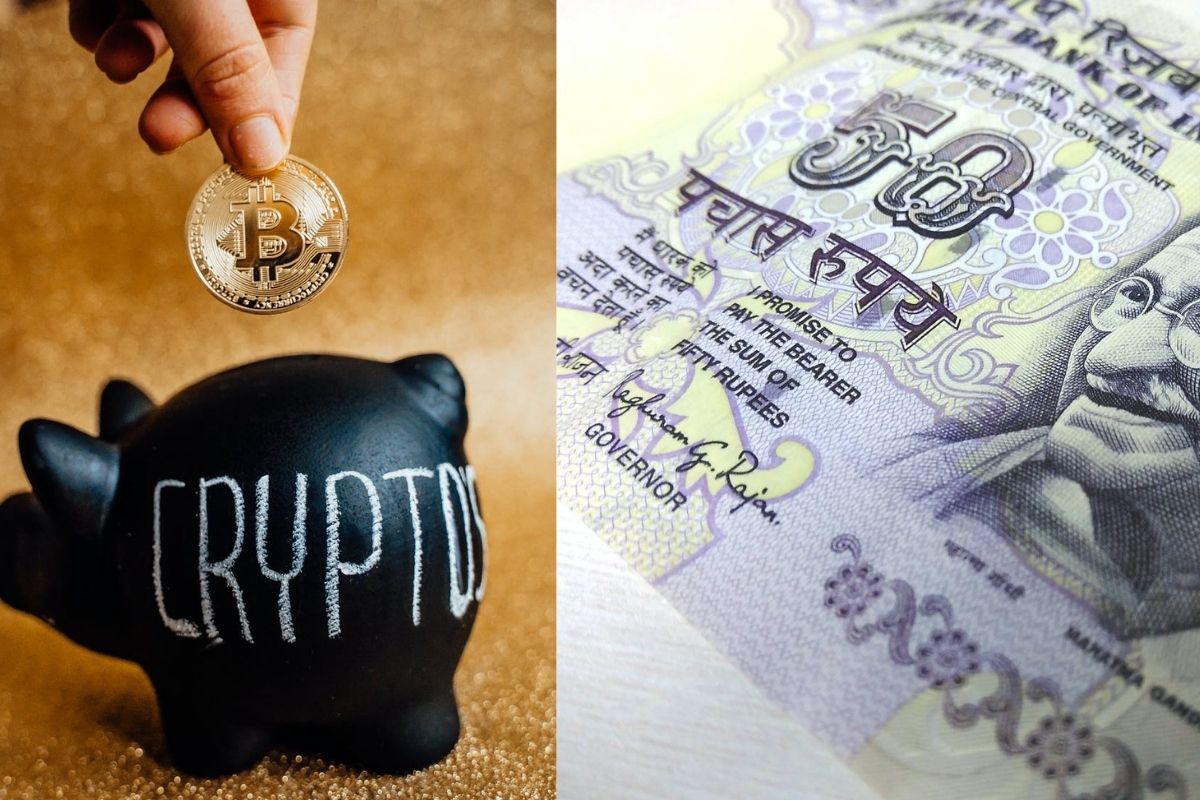 Beowulf’s remark, “Do not grieve, wise warrior,” in the Old English epic poem seems to be making complete sense in the Indian crypto-context.

The Indian Parliament’s Winter Session has drawn to a close with no cryptocurrency bill making it to the fore. Moreover, the government has not yet confirmed if the proposed cryptocurrency regulations are slated to come up during the next session of the Parliament. However, despite the delay, crypto-warriors have not surrendered. They have high hopes and there is no despondency in sight.

Now, it’s worth noting that India ranked second in a list of 20 countries with the highest cryptocurrency adoption rate, according to Chainalysis. While India’s march towards crypto-developments looks alluring, the widening digital divide remains a major concern.

Notably, India has the second-largest Internet user base in the world with over 560 million subscribers. It also has the lowest mobile data prices offered anywhere. Despite this, for every Indian citizen with an Internet subscription, there is a citizen in a rural area who lacks one.

According to DataBank, the rural population in India was reported at 65.07 % in 2020. A sizeable percentage of the country’s people are living in regions where Internet access is minimal. Even local journalists have often spoken about this issue.

The problem of digital divide in India is very real. My team and I visited Dharavi to find that over 500 students from Chhatrapati Shivaji Vidyalay are unable to prepare for their boards due to lack of access to smartphones.

So, the pertinent question here is – What is it that can bring about a profound change?

Say ‘hello’ to the changemaker

“Crypto has tremendous potential to transform the world as we know it and can improve financial inclusion for the unbanked. It can also create new earning opportunities for Indians across the country. This can help the youth of this country find more employment as well.”

In this context, it can be ascertained that crypto-adoption can perhaps neutralize the digital divide to some extent. Consider this – Facebook usage penetration in India has increased exponentially from 2017-2021. According to Statista, over 25% of Indians were users of Facebook in 2020.

However, the social networking site’s penetration is expected to go up to 60% by 2040. Notably, a significant chunk of its users hails from rural areas. 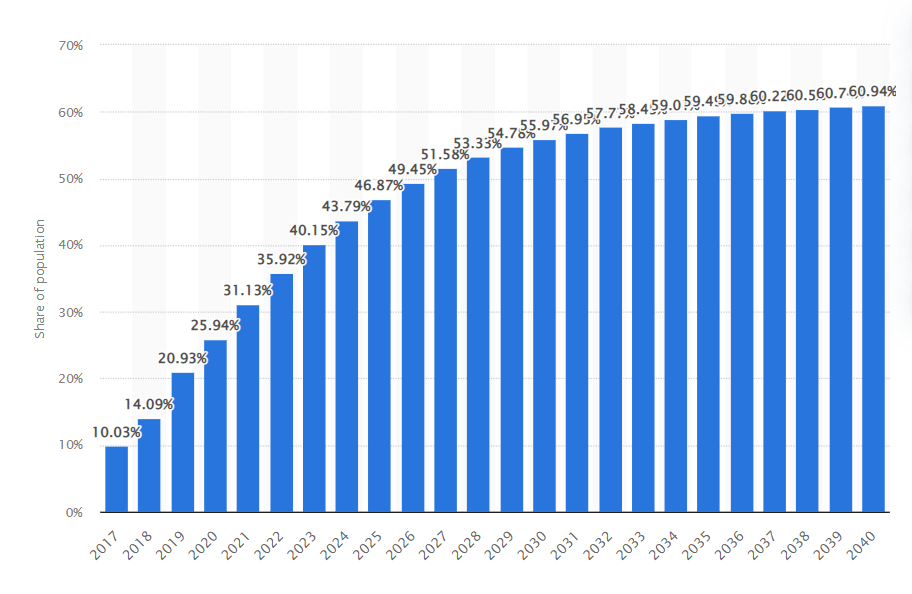 Interestingly, it was observed that FOMO was driving a lot of people in rural areas to use Facebook. In fact, some of them got introduced to the Internet because of Facebook. As it were, Facebook unknowingly attempted to bridge the gulf between those who have ready access to the Internet and those who do not.

Take this case of a class 11 student who hails from a rural area in Uttar Pradesh. Recalling his past experience of being introduced to Facebook for the first time, he said (a rough translation),

“It was in 2017 that I heard my friends talking about a thing where they could chat, play games and connect with a lot of people. Back then I didn’t have a television at home. I wasn’t also blessed with a lot of privileges. But, as a child, I was intrigued. I remember being introduced to this internet world because of Facebook. From not knowing anything about the digital world to attending live classes- I have seen a massive change.”

It wouldn’t be unfair to wonder why Facebook’s case history is being discussed. Well, it serves as an example of how craze can sometimes facilitate growth. Likewise, it seems that the crypto-craze this time is here to take on the existing problem of the digital divide.

Where is the crypto-craze?

Curiously, crypto-adoption is booming in semi-urban and rural areas of India despite lingering regulatory deadlock. Needless to say, the Internet has played a major role.

“The influx of cheaper and faster internet clubbed with continuously-lowered smartphone prices has led to rapid internet penetration in the semi-urban cities and rural towns of India. Coupled with the pandemic-induced lockdown, it has further accelerated digital adoption in these regions. Moreover, it has also been the biggest driver of crypto adoption in India as it has led to people trying to find new ways to earn online and diversify their portfolios.”

Evidently, what the Internet did for information, digital currency is doing for money. It is revolutionizing transactions and eliminating the need for a third party. Not a week goes by when cryptocurrencies don’t dominate the news cycle in India.

In fact, cryptocurrency exchange WazirX revealed its user base has grown by over 10 times this year to 10 million. The company reported growth of 2,648% in user signups from Tier II and Tier III cities – In other words, large cities in the country except the six biggest: Mumbai, Delhi, Kolkata, Chennai, Bengaluru, and Hyderabad.

According to the same, strong user growth was also backed by tremendous adoption by women in Tier II and Tier III cities.

Interestingly, Indian celebrities have also been jumping onto the crypto-bandwagon. Also, much to the surprise, CoinDCX and CoinSwitch Kuber spent more than Rs 50 crore collectively in sponsorship deals during the ICC T20 World Cup. During this time, the crypto advertisements skyrocketed.

This, in fact, forced the government to take strong notice of the space in India. Talks of ‘The Cryptocurrency and Regulation of Official Digital Currency Bill, 2021’ started surfacing, with ambiguity taking the lead role. Furthermore, Prime Minister Narendra Modi also voiced his opinion in this regard.

While the Industrial Revolution was a marathon, the digital revolution is turning out to be a sprint. According to a survey conducted by consulting firm Kantar, 19% of urban Indians intend to invest in virtual tokens in the next six months.

So, the journey towards crypto-enlightenment and digital divide reduction – Does it even sound feasible? Well, blockchain expert and emerging tech evangelist Sharat Chandra has strong views on the same. According to him,

“Financial literacy coupled with digital literacy is needed to spread awareness about this new asset class. The mutual funds were made popular by campaigns titled ‘Mutual Funds Sahi Hai.’ Crypto entities should spend time and effort on investor education rather than splurging on celebrity endorsements.”

Cyber-experts have oftentimes highlighted that cryptocurrencies are being majorly used on the darknet for terror and drug trafficking activities. These digital assets are a severe threat to national security and a big challenge to security agencies in India, they say.

Even so, the government’s plan to bring in regulations is a respite to many. In this context, Sharat Chandra added,

“Legislation, irrespective of intent, invite criticism, and those who relish status quo will continue to oppose. Crypto bill needs to be argued on merit and fears associated with money laundering and terror financing can be allayed by adopting a global collaborative approach. Guidelines suggested by bodies like FATF(Financial Action Task Force) on Travel Rule can address concerns related to illicit use of crypto.”

The digital divide reduction and crypto-adoption might seem like programmed rhetoric to many. However, it should also be noted that “The information asymmetry associated with crypto gets aggravated by the deep digital divide which exists in our country. People from tier 2 and tier 3 cities and even villages are warming up to crypto, oblivious of the risks involved,” as per Blockchain expert Sharat Chandra.

While India is impatiently awaiting the crypto-bills, it would be interesting to see how crypto-regulations pan out in the context of the existing digital divide.

Related Topics:crypto adoptiondigital dividefeaturedIndia
Up Next